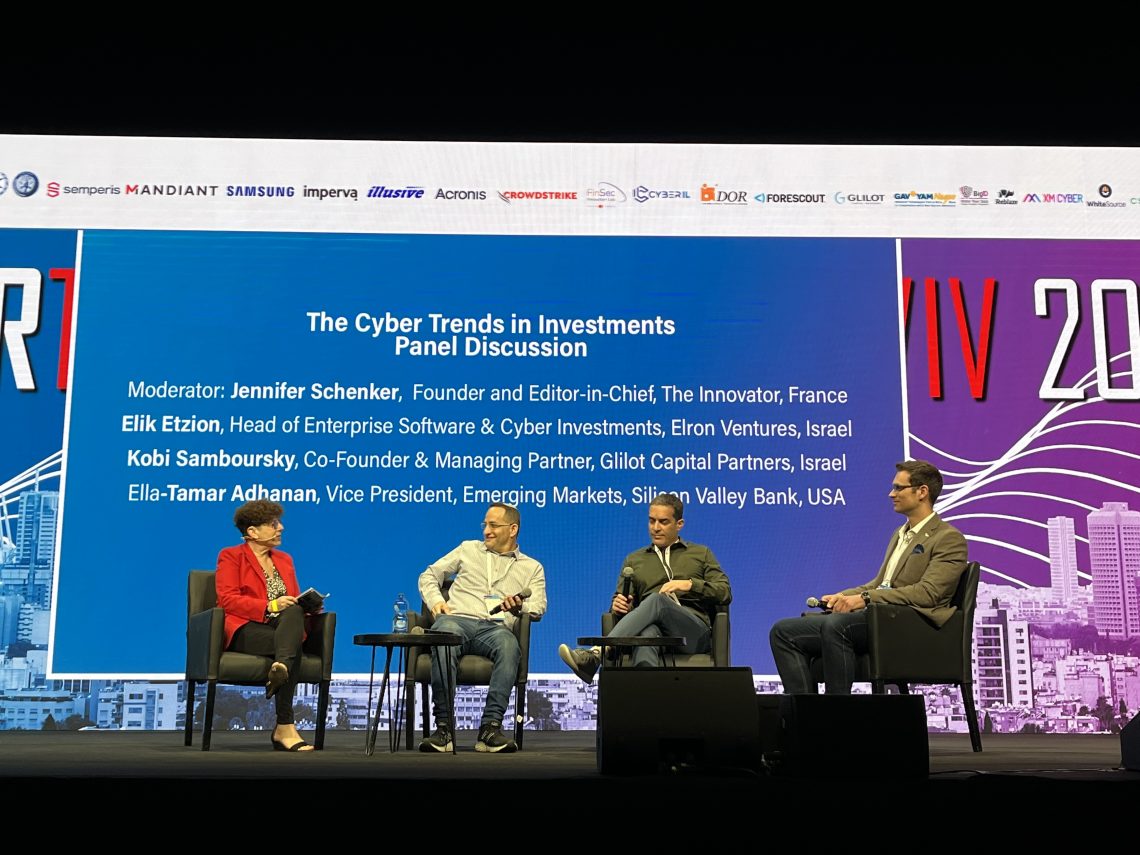 Toyota shut down all of its plants across Japan and the factories of two subsidiaries after a suspected cyber attack on one of the car maker’s largest parts suppliers. The decision by Toyota came as  thousands of cyber security specialists gathered in Israel this week for CyberTechGlobal Tel Aviv 2022 to discuss cyber threats and as governments around the world warned companies of cyber attack risks following Russia’s invasion of Ukraine.

The supply chain attack that shut down Toyota’s factories represents a new chapter in the escalating war with bad actors, conference speaker Esti Peshin, General Manager of the Cyber Division at the Israel Aerospace Industries, said during a speech at the conference.  Other speakers at the conference included Israeli Prime Minister Naftali Bennett, former Prime Minister Benjamin Netanyahu, Israel’s President Isaac Herzog, Israel’s Minister of Intelligence Elazar Stern,, Gabriel Portnoy, the Director General of Israel’s National Cyber Directorate, as well as chief information security officers from major corporates.  Jennifer L. Schenker, The Innovator’s Editor-in-Chief, was the conference’s master of ceremonies on March 3 and moderated a panel on cyber trends at the conference.

Speakers emphasized that cyber attacks are the biggest existential risk to national and global security and called for strengthened collaboration. The French government is already moving in that direction.  In February France opened Campus Cyber opened 13-story building in Paris’ business district La Defense that aims to bring together startups, large companies government agencies and research organizations from across Europe to combat cyber crime.  (see The Innovator’s Interview Of The Week with Yann Bonnet, Campus Cyber’s Deputy CEO.)

During the conference  BGN Technologies, the technology transfer company of Ben-Gurion University of the Negev , announced  the launch of a joint Israel-US consortium, ICRDE, in the field of cyber protection of energy facilities. The idea is to create an R&D collaboration that will address cyberthreats on energy sources and facilities. Total investment is estimated to reach $12 million, including funds from the participating institutions.

The frequency and scale of cyber attacks on energy facilities is rising, and many countries are seeking new and efficient methods for protecting critical resources such as water, electricity and gas, as well as the facilities that produce, dispense and store energy.  According to a report of the World Economic Forum, published in 2020, cyberattacks on critical infrastructure facilities ranks fifth in terms of level and number of threats.

This high threat level prompted the two governments to acknowledge the urgent need to invest resources to minimize the danger and the scope of potential damage. In order to protect energy facilities, the consortium will promote projects focusing on all manufacturing stages, as well as storage and energy distribution. The consortium provided a detailed work plan based on comprehensive research by American and Israeli researchers.

During the conference Yiftah Ron-Tal, Chairman of the Board of Israel’s Migdal Insurance, a retired Major General in the Israeli Army, warned that global financial services are also at major risk from cyber attacks.

The war in Ukraine is escalating the chance that both governments and leading companies will be targets for reprisals for applying tough sanctions against Russia.

Bennett warned that Ukraine faces “total destruction” if world leaders don’t act quickly amid Russia’s invasion of the country. “Things are looking bad on the ground right now, but it’s important to understand that if world leaders don’t act quickly, it can get much worse,” he said at Tel Aviv’s CyberTech conference. “I’m talking about untold loss of life, total destruction of Ukraine. Millions of refugees. And it’s not too late. It’s the responsibility of the major players in the world to get the two sides out of the battlefield and on to the negotiation table,” he said.

Bennett also addressed the lack of cybersecurity talent needed to battle bad actors, a shortage that is being felt world-wide. He talked about the importance of adding diversity to the sector. The conference  included sessions that focused on attracting more women, Orthodox Jews and Arab Israelis to work in the sector in Israel.

Japan’s Sony and Honda said they would pair up to develop and sell battery-powered electric vehicles, as the electronics maker furthers its ambitions to become a key player in next-generation automobiles.The two companies said in a statement they would form a joint venture this year and aim to begin selling the first model in 2025.

Last May, Walmart announced its acquisition of the virtual clothing try-on startup Zeekit, which leveraged a combination of real-time image processing, computer vision, deep learning and other artificial intelligence technologies to show shoppers how they would look in an item by way of a simulation that takes into account body dimensions, fit, size and even the fabric of the garment itself.  This week Walmart said it’s bringing that technology to Walmart.com and its Walmart mobile app.The retailer is introducing the computer vision neural network-powered “Choose My Model” try-on feature, now in beta, which will now allow Walmart customers to select a model that better matches their own appearance and body type. At launch, online shoppers will be able to choose from among 50 different models to find one who best reflects their own skin tone, height and body shape so they can get a better idea of how clothing would look on them.