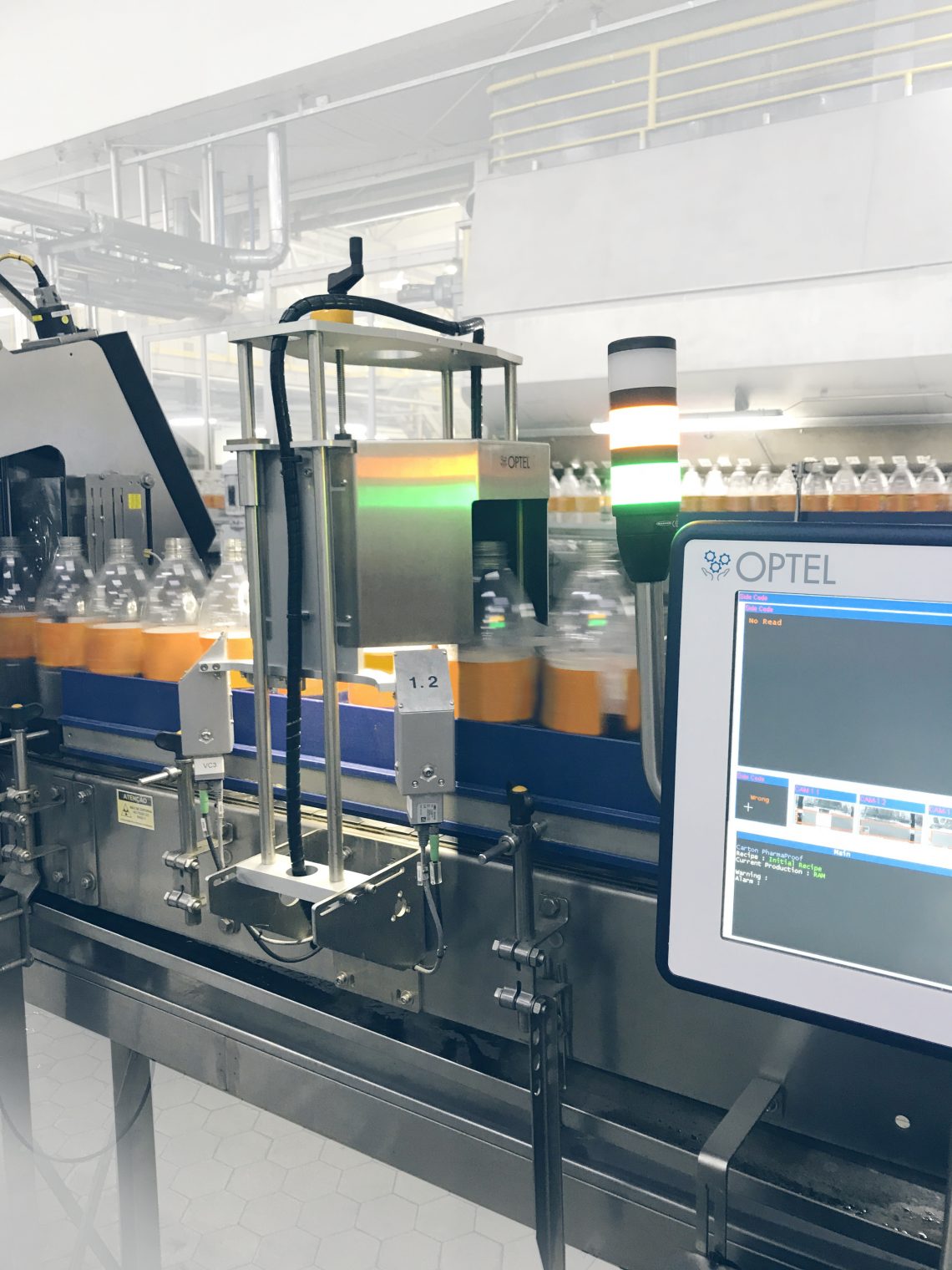 As the world moves away from single use disposables, beverage makers are looking to optimize the process of reusing plastic bottles up to 25 times. To make this work companies like Coca-Cola needs to be able to measure the quality of the bottles, determine how many times they are returned, why they are rejected and for what reason.

That’s where OPTEL comes in. The Canadian company, which specializes in traceability technologies and supply chain digitalization, is focused on helping its clients become more sustainable and embrace the circular economy.  OPTEL, which operates in 30 countries, offers end-to-end traceability solutions, leveraging technologies such as cloud computing, AI,  business intelligence, and Internet of Things (IoT) to provide visibility across the entire supply chain, with the aim of allowing industries to measure, inspect, control, and track all elements to improve quality and make better use of resources.

OPTEL started out by tracing products for pharmaceutical companies. In 2017, Founder and CEO Louis Roy says he spotted an opportunity to do well by doing good by diversifying the company’s offerings to help companies from a variety of industries reduce waste and become greener. The pivot enabled the company to develop new revenue streams while helping to address the United Nations Sustainable Development Goals.

“Our business initiative is perfectly aligned with our social and environmental mission, as it combines both profitability and sustainability,” says Roy. “OPTEL firmly believes that these two concepts are not mutually exclusive and that companies can be profitable while having a positive impact on the planet.”

Expanding the company’s focus was not easy: OPTEL’s financial backer and employees were not convinced. But Roy, who felt strongly about his vision, pushed ahead. Today OPTEL’s intelligent supply chain solutions track more than six billion products each year, connecting thousands of producers and consumers. It counts not just most of the world’s pharmaceutical companies, but Coca-Cola, AB InBev, Unilever, and top companies in the mining and agro-chemical industries among its customers.

OPTEL is part of the World Economic Forum’s  New Champions community, a group of mid-sized companies the Forum works with “to help harness their potential to become major drivers of sustainable growth, positive societal impact and innovation,” says Olivier Woeffray, the Forum’s Practice Lead, Strategic Intelligence. The company’s journey “highlights the risks and challenges of making such a shift while demonstrating the potential to increase the future readiness of a company in the long-term, “ he says.

The seeds of OPTEL’s new direction were planted in 2017.  Roy, an engineer who was voted Canada’s EY Entrepreneur of The Year 2017, was dissatisfied with the company’s impact.  “I wanted to understand the threats our society is facing in order to have a bigger impact,” says Roy.  But, he says, it is hard to see where the market is going when you are occupied with the day-to-day running of the company. So, he turned over the company’s operations to a general manager. “When you want to prepare a transition, you need to be open minded and look at the world like it is virgin territory,” he says. “I needed to become a president and not a general manager in order to see the big picture and give the company a new direction.”

Roy talked to environmentalists as well as specialists on the future of healthcare and natural resources. Realizing that collecting data alone is not enough to change people’s behavior he also spoke to anthropologists and traveled to Germany to talk to top neuropsychologists.  “If you look at the adoption curves of most movements there is a tipping point,” says Roy. “The scientists gather the evidence but it seems difficult for them to be able to induce change. They bring us data, and our role as innovators is to take the information they generate and do something about it.”

“I was lucky,” says Roy. The company had $70 million in the bank, giving him the luxury of doing research and development. “Having done the work as an early investor I was conscious that ESG [Environmental Social and Governance] would require digitalization and that would bring other benefits,” says Roy. “By being early we would be able to help move the market.”

In 2019 he once again took charge of the company’s operations, becoming both general manager and president. He went about hiring new staff, developing new products, and pitching customers across multiple verticals.

The technology software the company built gives clients the tools to both measure their carbon footprint and reduce waste, says Roy.  He cites the example of how one global conglomerate is using OPTEL’s technology to achieve farm-to-can traceability, The company, which OPTEL could not name due to a non-disclosure agreement, had to overcome siloed information systems and a lack of visibility on raw material sourcing and end-to-end product traceability.  The conglomerate is leveraging OPTEL’s traceability platform, which can consolidate previously siloed data sources. The system embeds unique identifiers in QR codes, which are printed on product packaging. These codes serve as a vector to aggregate relevant supply chain information, allowing data-based analytics to guide decisions. The integrated traceability solution improves inventory management and operations while contributing insights about consumer preferences.

Another example is a global company using OPTEL’s technology to track the carbon footprint of its coffee, from the coffee bean on the farm to point of sale of the hot beverage to consumers, with granular traceability in real time.

Roy says this is just a start. He says OPTEL’s technology can help address the SDGs by:

• Engaging smallholders and artisanal production to help improve safety and reduce poverty as well as child labor.
• Supporting industry’s transition to the Fourth Industrial Revolution, leading to a circular economy and responsible production and consumption.
• Reducing waste of materials.
• Creating transparency on the social and environmental impact of goods.

Most of OPTEL’s clients are just beginning to digitalize their supply chains, says Roy. The cost of digitalization, the change management that goes with it and the struggle to find the talent to lead their transformation programs has impeded more progress, he says. OPTEL is betting that compliance is going to drive uptake. The company expects that in the coming year digitization of supply chains will be forced by regulation.

“We are in the crossing the chasm period,” says Roy. “There will be a lot more people moving toward sustainability due to consumer, investor and regulatory pressure and we are well-positioned to meet that demand.”

To read more of The Innovator’s articles about Future-Ready SMES click here.