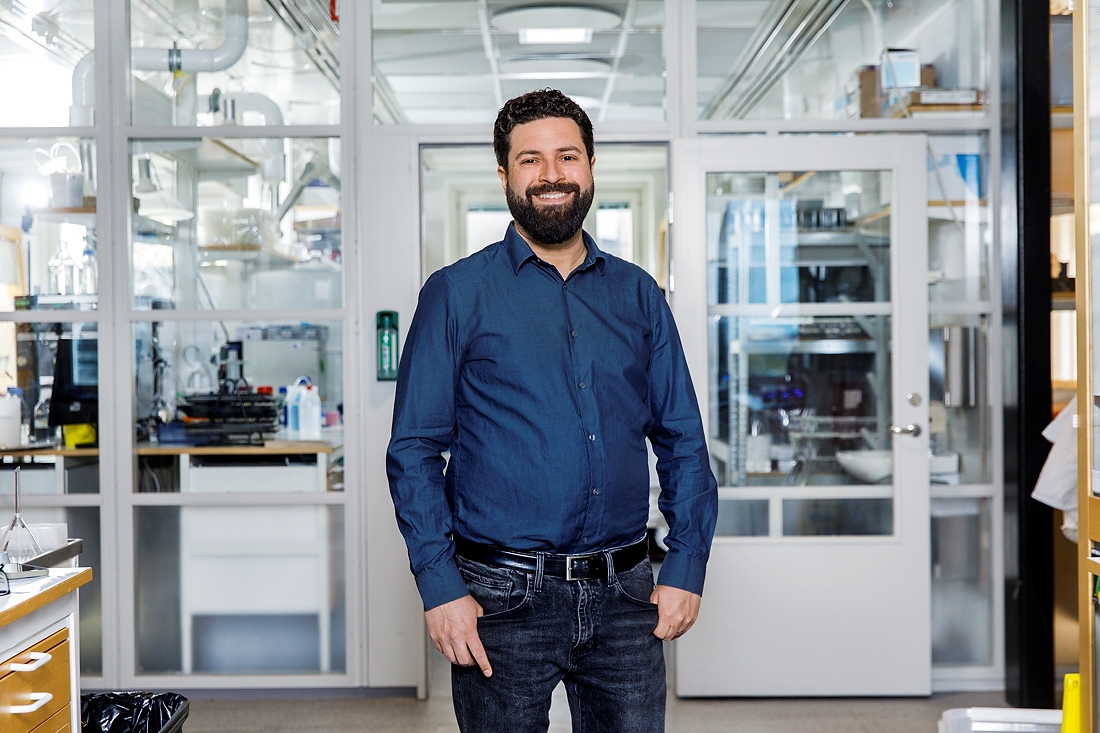 EnginZyme, a World Economic Forum Technology Pioneer, is scaling up a patented cell-free biomanufacturing platform aimed at the sustainable production of chemicals. It is targeting markets such as food, cosmetics, and fragrances. Customers include Tetra Pak and a Fortune 250 vegetable oil manufacturer.

As much as 60% of the physical inputs to the global economy could, in principle, be produced biologically according to a  McKinsey report. The economic potential of applications based on innovative biological processes that are scientifically feasible today could have a yearly economic impact of up to $4 trillion over the next two decades, according to the report.  While most bio-manufacturing processes are too expensive and too difficult to scale to be economically feasible for most chemicals and products, EnginZyme says it can already produce catalysts at ton scale. It is, for example, currently running a commercial demo that can – prior to commercial launch – produce 100 tons of product in the food space, says Cassimjee.

Chemical conversions require catalysts. Rare earth metal catalysts, which are toxic and expensive, play an important role in sectors like the petroleum chemical industry. Binding these catalysts to particles make them cheaper to use. EnginZyme uses the same principle: it binds enzymes, naturally occurring, non-toxic biological molecules,to particles to make them more stable so they can serve as green catalysts, says Cassimjee.

For example, instead of adding enzymes directly to food, which is expensive and results in loss of control, EnginZyme’s technology fixes enzymes inside a reactor. The food passes through the reactor, allowing just enough enzymatic reactions to happen. As the enzymes are fixed and the food goes in and out of the reactor, the enzymes can be reused – and don’t end up in the finished product. This gives manufacturers better control of the production process, says Cassimjee. The technology works with many enzyme types, making it a versatile, transferable solution for the food industry, he says.

On June 2 EnginZyme, which has so far raised $15 million in funding, announced that it is teaming with the global processing and packaging company Tetra Pak to develop enzymes that will bring sustainable solutions to the food and beverage industry by, for example, turning food waste into valuable ingredients.

As a first project, Tetra Pak and EnginZyme are exploring transforming acid whey, a by-product from the manufacture of dairy foods like greek yoghurt or cheese, into ingredients that can go into healthy food products.

Currently, acid whey must be disposed of carefully because it can damage ecosystems if too much of it goes into waterways. Tetra Pak and EnginZyme aim to demonstrate with acid whey the potential of enzyme technology to reduce waste streams and generate revenue from by-products.

Tetra Pak is working to integrate EnginZyme’s biotechnology directly into product or waste-stream lines so that the solution could be easily scaled.

“EnginZyme’s ability to control and adapt enzymes to suit our manufacturing processes has great potential for many of our food applications,”  Lidia Garcia Pou, Head of Project Management and External innovation at Tetra Pak, said in a statement “Together we can crack the code to maximize our use of raw ingredients, reduce industrial waste, and improve efficiencies, which we believe will be revolutionary for the food processing industry.”