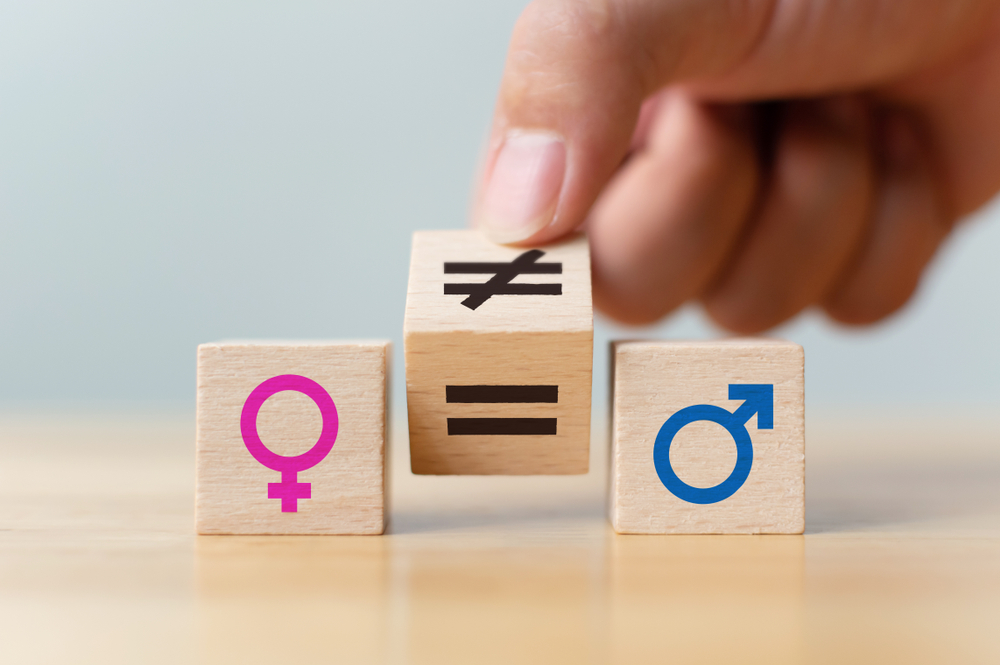 As the impact of the COVID-19 pandemic continues to be felt, closing the global gender gap has increased by a generation from 99.5 years to 135.6 years, according to the World Economic Forum’s Global Gender Gap Report 2021, which was released March 31.

Progress towards gender parity is stalling in several large economies and industries. This is partly due to women being more frequently employed in sectors hardest hit by lockdowns, such as the retail, travel and tourism industries, combined with the additional pressures of providing care at home.The report, now in its 15th year, benchmarks the evolution of gender-based gaps in four areas: economic participation and opportunity; educational attainment; health and survival; and political empowerment. It also examines the drivers of gender gaps and outlines the policies and practices needed for a gender-inclusive recovery.

Gender parity in the workplace is “not only the right thing to do but when it comes to companies if they want the kind of creativity, innovation and dynamism that will be necessary to come out of this crisis they will need all hands on deck,”  Forum Managing Director Saadia Zahidi said during a virtual press conference. “They will need the latest ideas, they will need diversity to make that work, whether it’s a shift to a greener economy or its new products or services that are more relevant to people in the post-pandemic economy. And the same is true at the country level. If there are too many job losses for women, you will see over time aggregate demand will go down and they will have a harder time recovering then if they ensure that there is a full integration and recovery of all of the talent across their entire labor market and not just for a segment of their population. So, it is important that we look at this both from an economic and fairness standpoint.”

And including women in the development and application of AI services is crucial. The Forum’s Responsible Use of Technology project has identified that women need to not only help develop AI but be dispersed throughout the organization because to work responsibly in the deployment of AI requires a whole organization and not just developers.

The World Economic Forum’s Centre for the New Economy and Society is supplementing its research into gender gaps with a growing portfolio of other initiatives. For instance, the Hardwiring Gender Parity in the Future of Work initiative is seeking commitments from businesses to embed parity into the fastest growing emerging professions. And the Forum’s initiative to reskill one billion people by 2030 has built in gender equality targets to ensure everybody has an equal opportunity to get ahead.

Meanwhiile, the Forum’s Closing the Gender Gap Accelerators are working with advanced and developing economies to create public-private collaborations for rapid acceleration to economic parity, focusing on increasing women’s participation in the workforce, closing the gender pay gap, and helping more women advance into leadership roles and develop in-demand skills.

“We are not tapping into women’s full potential,” Sue Duke, Vice President and Head of Global Public Policy and Economic Graph Team at LinkedIn, a data partner on the report, said during tthe virtual press conference. Companies need to look beyond traditional data points such as previous work experience, said Duke, and instead look at skills that are transferable “to help women pivot, reskill and reframe for the jobs of the future.”

In the technology field, you hear a lot about a so-called ‘pipeline problem,’ where lack of diversity is due to a lack of diverse, qualified talent, Sheila Warren, Head of Blockchain and Data Policy and a member of the Executive Committee, said in a written statement. “ In most fields, it’s not real – 42% of Ph.D. candidates in STEM are women – in any industry, it’s not an excuse,” she says. “By developing full inclusion pathways, rather than narrowly focusing on hiring, companies can address the underlying systems that lead 50% of women in tech to leave the industry before the age 35.”

While it is not enough,  the number of women working in data and AI has increased by 10% since the last Gender Gap report from 22% to 32%,  Kay Firth-Butterfield, Head of Artificial Intelligence and Machine Learning and a  member of the Forum’s Executive Committee, said in a statement.

The disparity between men and women working in AI is a problem because it leads to bias, diversity and inclusion issues, she said. Machine learning algorithms are trained on data. All data becomes historical from the moment it is collected. Suppose data shows that people who are successful in, for example, finance are men from a particular background. In that case, the algorithm trained on that data will be biased to look for people who have the same experiences. Likewise, if an algorithm is trained on historical crime data, which is filled with prejudicial outcomes for people of color in the justice system, the algorithm will bring forward those biases. This is also applicable in using AI for facial recognition. And, if only men create algorithms. they bring their prejudices and way of seeing the world to the way they code, increasing the bias.

To avoid these biases women and other underrepresented groups need to have parity in algorithms’ development. Also, while educating women, companies need to bring together diverse teams to help the male developers avoid their own biases, according to the Forum. There are other important reasons to include women in the development and deployment of AI. Some of the highest salaries are to be found being paid to those working in AI algorithms development; women are losing that earning ability. If women are to become highly influential, that is tied to income in many circumstances. Research also shows that the way women approach business differs from men. If women are not able to work in top jobs in AI the responsible use of this world-changing technology will be left in the hands of young men and companies and governments trying to deploy AI responsibly, skewing outcomes.

BBVA announced March 30 that it has signed a €1.35 billion sustainability linked guarantee facility with Enel Group. According to BBVA, the facility is the largest by valued signed by Enel to date. “The economic conditions of this guarantee facility are linked to a sustainable indicator, specifically Enel group’s share of renewable productive capacity,” said the bank. “Thus, the guarantees issued by BBVA in the interest of Enel and its subsidiaries will include the promotion of sustainability-related initiatives and actions.” The transaction is aligned with the sustainable financing strategy that Enel has been implementing for the past few years. The Italian utility has established itself as a pioneer in sustainable finance.

The Eastern Caribbean on Thursday became the first currency union central bank to issue digital cash, a move that comes as bigger monetary authorities such as the European Central Bank look at issuing their own electronic cash. Official digital currencies are more “risk-free” than private electronic payment systems as they are backed by the central bank. They also cut out the middle man, reducing the cost of transactions, and make e-payments possible for those without bank accounts.

Insurers have yet to catch up with the growing acceptance of cryptocurrencies as an investment and in commerce.Scant regulation and volatile prices of bitcoin and other cryptocurrencies make many insurers reluctant to underwrite the risks, despite booming demand for protection of digital assets and for personal liabilities of directors and executives of companies that deal with cryptocurrencies.

Xiaomi unveiled plans to invest about $10 billion over the next decade on manufacturing electric cars, embarking on its biggest-ever overhaul to enter China’s booming EV market. Billionaire co-founder Lei Jun announced his intention to lead a new standalone division and spearhead the smartphone giant’s drive into vast but unfamiliar territory, in what he called his final major startup endeavor. The company will invest an initial 10 billion yuan ($1.5 billion) on smart vehicle manufacturing before ramping that up rapidly in subsequent years.

A recent fire at a Japanese semiconductor factory and severe weather in parts of the United States in February have exacerbated an ongoing chip shortage plaguing the global auto industry, data firm IHS Markit said on Wednesday.IHS said it now expects disruptions to the production of nearly 1.3 million global light vehicles, up from a prior forecast of 1 million in the first quarter.

Ghost Kitchens Are Being Added To Residential Buildings In The U.S.

Welldone Aims To Reach Price Parity With Meat In Russia

Moscow-baased startup Welldone, which uses an extrusion process to craft its alternative burger patties, cutlets, and minced meat, is aiming to  create high-quality plant-based products for the increasing number of vegans and flexitarians in Russia,  Each of its products are made from a combination of soy, coconut oil, and cellulose. The company produces 15 tons of plant-based alternatives per month and aims to reach price parity with meat. The retail price of 200 grams of Welldone’s beef patties costs approximately $5 USD, while the same amount of beef costs around $2. To reach price parity, the company told The Spoon that it has raised funding to expand its production facility with the goal of producing 300 tons per month.

On the heels of Deliveroo raising more than $2 billion ahead of its debut on the London Stock Exchange this week, another hopeful in the food delivery sector has closed a super-sized round. Glovo, a startup out of Spain with 10 million users that delivers restaurant take-out, groceries and other items in partnership with brick-and-mortar businesses, has picked up a Series F of €450 million. As part of its growth strategy Glovo plans to build up its deals with major supermarkets. Right now, its roster of stores includes Carrefour, Continente, and Kaufland.