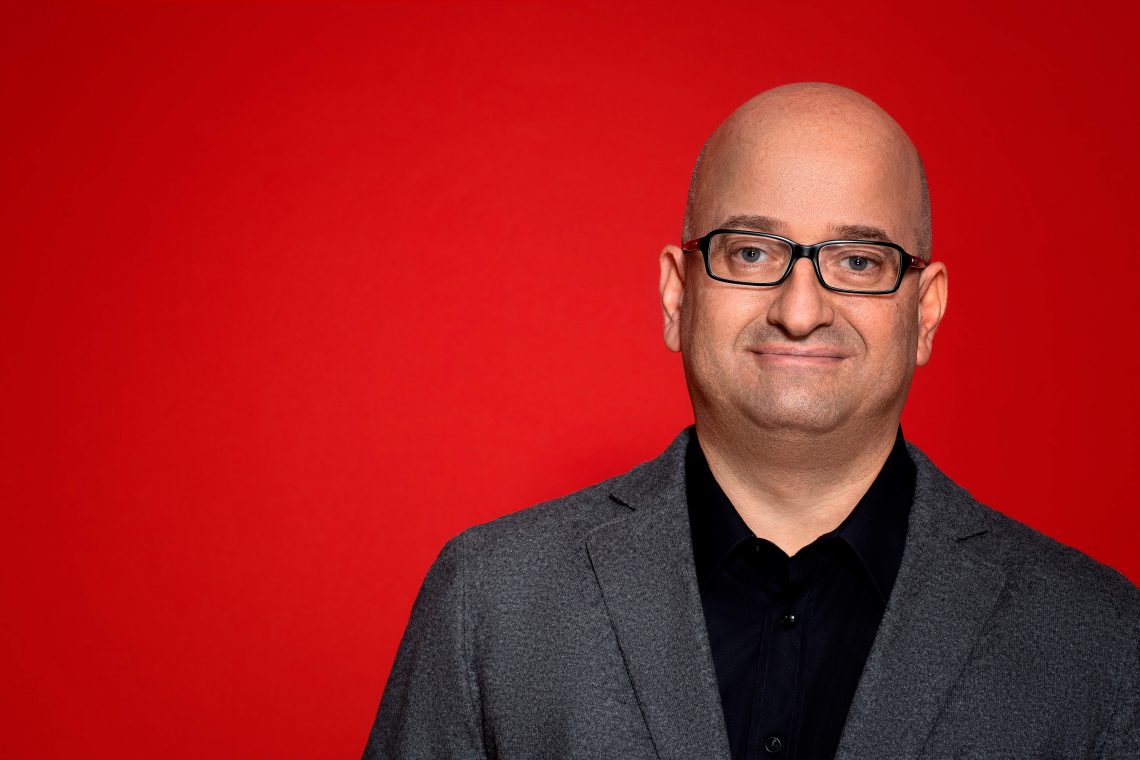 Italian utility company Enel has managed its share of changes. It regrouped 1,270 different companies under one roof when Italy nationalized its utility industry in 1962.  It was later privatized and absorbed a series of acquisitions including Spain’s Endesa completed in 2009. It now manages operations in over 30 countries, serving more than 70 million customers in Europe, South America, North America, Asia and Africa. Along the way, the company became a pioneer and global leader in green energy and an early proponent of new digital technologies.

None of that was easy but cultural change has proved to be one of its greatest challenges yet.

Not long after taking on the role of CEO in 2014 Francesco Starace sent out a survey asking employees how digital-savvy they were. The higher up the ladder the respondent was, the less likely they were to be up to speed. So, Starace set out to overhaul the company from top to bottom and named Ernesto Ciorra, an entrepreneur-turned-consultant who specialized in helping plan the Chief Innovation Officer function at leading global firms, as Chief Innovability Officer (a portmanteau for Innovation plus Sustainability).

Under Starace’s direction, and with Ciorra’s help, the company’s embrace of open innovation and sustainability has been so successful that three business schools – London Business School, INSEAD and the Berkeley Haas School – have made the company the subject of case studies. Enel’s approach to change management, which includes embedding innovation and sustainability into every business unit, harvesting ideas externally from an ecosystem of startups, researchers, suppliers and employees, and developing KPIs for innovation tied to specific strategy goals, could help serve as a road map for companies across all sectors who are grappling with both digital transformation and how to make their businesses greener.

“Innovation is part of the continuous change that is mandatory for every company,” says Ciorra. He explains that Enel aims to emulate the human body. Every day cells die, and others are reborn as part of a programmed plan of partial death. “When this process doesn’t happen you are definitely dead,” he says. “We must change to survive. If we don’t change, we die.”

Ciorra, who is in charge of fostering innovation and sustainability culture and managing scouting and stakeholder relationships for the innovation ecosystem, knew the challenge when he pursued the job at Enel. Before joining he was tasked, as an outside consultant, to make the company more innovative.  Enel would have to change its DNA. “Innovation is the tool,” says Ciorra. “Sustainability the aim.”

The company shifted to a matrix structure based on business lines and geographical regions.  The business lines -such as Enel Green Power – were put in charge of developing and managing assets in their category, with the goal of optimizing performance for all regions in which Enel was present. Operations became the responsibility of both the country manager and the head of a business line, which resulted in shared objectives and increased communications within the company.

Ciorra bundled innovation and sustainability together under the new matrix structure and started shifting the company from specialized, siloed internal R&D centers to an open innovation model. A group of innovation leaders were gathered into a central hub and tasked with developing methodologies to provide greater access to ideas originating outside the company. Ciorra then created Innovability teams in every business line – including the financial and legal departments – and tasked each with developing new technologies and products for its line. The Innovability managers report directly to him as well as the head of the business line. “They are given KPIs linked to Enel’s strategic plan, and their mission is to achieve those goals. It is that simple,” he says.

Having the Innovability teams working within the business lines and in a matrix structure allows the company to test projects more efficiently and avoid duplication across countries and business lines, reducing the cost of innovation, says Ciorra.

He also launched a number of additional initiatives to help change the company culture by encouraging experimentation and eradicating the fear of failure.  They include the Enel Idea Factory for stimulating creative thinking across the company; “Make It Happen”, a program for internal employees to pitch their own startup-ideas for funding; and a program called “My Best Failure”, which encouraged staff to openly discuss unsuccessful initiatives, emphasizing that people should never stop in front of difficulties and failures but rather should learn from them.

Enel has additionally added programs for Enel employees to improve their skills in order to encourage the spread of a digital culture in all areas of the organization.

“Thanks to this open approach everyone in the company wants to be an innovator, in every department, in every country,” says Ciorra.

The group also invested in assets aimed at gathering proposals and innovations from the outside. In 2017 Enel launched a crowdsourcing platform called openinnovability.com, which challenged inventors and companies to solve technological and social problems. The company has gathered more than 3000 ideas this way, says Ciorra. One of them has helped the company radically reduce the cost of renewable energy by finding a way to monitor windmill blades without stopping them. Instead of shutting down the windmills – an expensive and time-consuming process- drones take pictures of them and use artificial intelligence to determine if there is a failure or if maintenance is needed.

Enel additionally created a network of innovation hubs in innovative ecosystems around the world, such as in Tel Aviv and San Francisco, to scout out the most innovative startups. It has analyzed some 10,000 startups in the last five years.

The Italian energy giant does not have a corporate venture fund. Instead, it has put an operating system in place to make sure that startups are connected to the right person in the right business unit, says Ciorra. The goal is to mentor them and help them scale, he says. One of the criteria it looks for is startups that can both aid Enel with its innovablity objectives and help solve the United Nations Sustainable Development Goals (SDGs).

“We connect with the startups on the outside and identify potential proof of concept opportunities. If successful, they scale up.  In the majority of companies, the innovation projects often end up being snuffed out. In our case, the business people are the innovation people, so they find a solution to make it work,” he says. “How we manage our relationships with startups is one of the things that makes our company so special,” Ciorra says.

Enel was among the first energy companies to understand the importance of digitalization. In 2001 the company introduced the smart meter, which aimed to replace all analog meters in Italy with digital meters, improving customer experience while increasing efficiency for its network. Since then, Enel underwent a massive digital transformation to improve the way it generates and distributes power and the way it serves its customers. Today, Enel has installed more than 45 million smart meters worldwide, along with a fully digitalized generation fleet. In addition, in 2015, the Group launched a massive digital transformation project, which is built upon the digitalization of three main factors – assets, customers, and people – with IT platforms and the Cloud acting as technological enablers for everything from drones and smart glasses to smart grids. Agile and data driven approaches help to deploy this strategy efficiently, says Ciorra.

Moving to the Cloud helped Enel be the first major utility globally to digitalize all its IT systems in April 2019, when it closed its last physical data center.

The Cloud has also helped Enel move to a platform business model, a model that companies like Apple, Google, Amazon and Alibaba have used to grow exponentially and grab significant market share from adjacent markets. Enel X, a unit established in 2017, is using the platform business model to add adjacencies such as energy management for large corporates and efficient electric mobility, including charging infrastructure, vehicle-to-grid and second-battery life services.

At the end of 2019, the U.N. Global Compact established the CFO Taskforce for the SDGs—a global group of CFOs responsible for annual investments worth $14 trillion—dedicated to establishing a framework to ensure corporate finance and investments act as real drivers of sustainable growth. Enel is at the forefront of this effort and last October the Group launched the Sustainability-Linked Financing Framework, which measures the company’s progress in contributing to the U.N. SDGs across all of its activities. The European Central Bank (ECB) recently gave its blessing to SLBs, announcing   on Sept. 22 that SLBs would become eligible as bank collateral, so bonds with coupons linked to sustainability performance targets could be placed at the ECB.

“We are not a finance company,” says Ciorra. “The fact that we were able to create a revolution, innovating in sustainable finance from our sector is amazing. Now many companies are following us.”

Sustainability-linked finance will play an increasingly important role in credit markets, as the growth of sustainable finance is destined to fund the transition to a green economy, he says. “This is another way of walking the talk. Enel is fully committed to innovation and nurturing new business models, demonstrating that the sustainable approach, embedded in Enel’s DNA and active in every function and business line, generates real value for companies and their stakeholders. “

The sustainable linked bond is a clear example, he says. “We innovated, to disrupt and better sustainable finance. Because we know that if we do not innovate, we die. On the other hand, if we innovate, we survive and create value.”

This deep dive article is content that would normally only be available to subscribers.