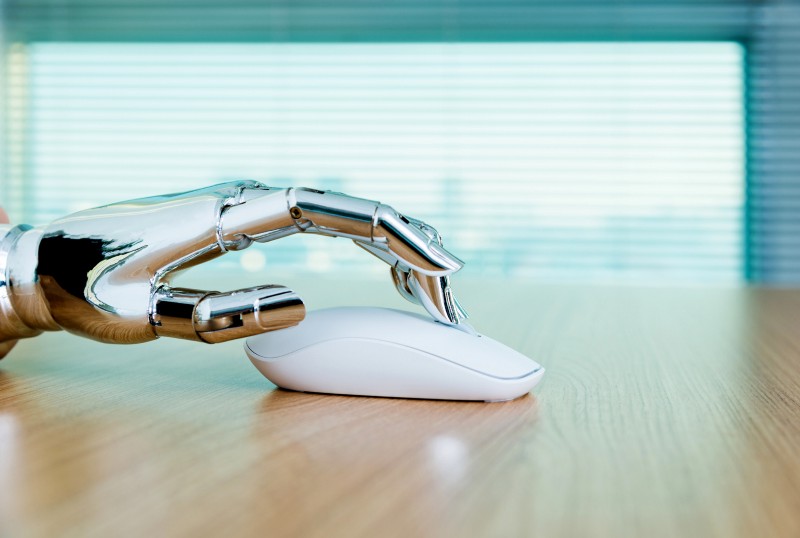 Automation of business processes is rapidly scaling up, with fallout from the coronavirus likely accelerating adoption. That is the conclusion of an April 8th brief posted by Bain & Company.

As companies lose critical staff and the COVID-19 pandemic exposes the fragility of manual business processes, many companies will have no choice but to turn to automation to keep the business running, Bain says.

Over the next two years, according to a recent Bainsurvey of nearly 800 executives worldwide, the share of companies scaling up automation technologies — ranging from low code automation, optical character recognition , robotic process automation (RPA) to conversational artificial intelligence (AI) — will at least double, depending on the particular technology.

Some companies were already planning automation projects before the virus hit. The Wall Street Journal reported this week that German car manufacturers, chemical companies and other industrial firms are taking steps toward creating their own private 5G networks, bypassing Germany’s telecommunications carriers, which haven’t yet deployed the superfast networks for widespread commercial use.

BMW, Robert Bosch, Volkswagen, BASF and Lufthansa are among the companies that have applied to set up local 5G networks in recent months after Germany’s network regulator began accepting applications for the radio spectrum last November. So far, 33 companies have bought licenses, a spokesman for the regulator told the Journal..

Private 5G networks are especially useful for industrial applications such as operating robots and driverless vehicles inside factories, which need fast, reliable connections that can perform critical tasks in real time, experts say.

But for many companies “the crisis is accelerating the vision that they’ve already had for a long time,” Michael Heric, a partner in consulting firm Bain & Co.’s technology, media and telecommunications practices, told the Journal. “While it could have taken years or even decades to make that shift, I think you’re going to see it much faster now.”

For example, Eastman Chemical Company said it expects recent digital investments into customer relationship management automation — which helps companies track engagement with customers — to pay off within the finance team and across the company as many employees work from home, Willie McLain, CFO of the Kingsport, Tenn.-based specialty chemical company, said in an interview with The Journal.

Eastman is on track for $20 million to $40 million in cost savings this year stemming from recent digital and other productivity investments, Mr. McLain said at a conference on March 10.

Doctors are also leaping into the digital age. In a matter of days, telemedicine has become the norm for primary care doctors in Europe and the United States. “We’re basically witnessing 10 years of change in one week,” Dr. Sam Wessely, a general practitioner in London, told the Journal. “It used to be that 95 % of patient contact was face-to-face: You go to see your doctor, as it has been for decades, centuries. But that has changed completely.”

For many companies, a finance department’s core transactional processes — such as closing the books, accounts payable, customer billing and processing supplier invoices — aren’t fully automated. Companies with shared-services employees who aren’t able to work from home are more likely to make a big push during the pandemic to automate processes, executives say.

“If you can’t send a bill to a customer or you can’t send a check to an employee, all of those operations basically halt,” said Mr. Heric of Bain. “You’ll struggle to close the books if there’s a lot of manual things that are going on.”

Companies that lack an ambitious and rigorous automation agenda risk falling behind in their industrie, says Bain. In its brief it recommends that companies ask themselves the following questions:

These questions help build a framework for realizing the value that automation can generate, says Bain. Strong C-level sponsorship is key and involves effectively managing change with the business, so that automation remains a priority. The senior team must demonstrate how automation will change the experience of employees and customers for the better, painting this picture in detail before automation goes live to reduce employee resistance. If a company simply sets up automation projects and lets them run the efforts are bound to fail, Bain says.