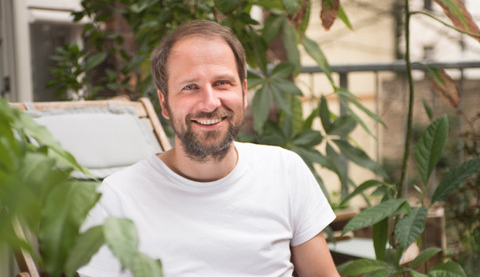 Just about every big company is looking to offset its carbon footprint. Ecosia, a Berlin-based company behind a free browser extension that uses advertising revenue from basic search queries to reforest the planet, provides one way for corporates to be more sustainable.
Every single search query by employees is directly connected to the release of greenhouse gases because the searches go through giant data centers that consume a lot of energy. Ecosia tries to reduce the impact by running on renewable energy and allowing employees to plant trees through their searches. Once Ecosia’s extension is installed on an employee’s browser, users are free to search the Internet as they usually do. Ecosia collects a few cents from every click on a sponsored search result. For every 45 searches, Ecosia earns enough money to plant a tree. (It has planted over 82 million trees so far). If a company is willing to switch from using Google or other search engines to its service Ecosia can track each of a big company’s searches and send them reports detailing exactly how many trees it has helped plant. The results can be included in companies’ annual reports. Customers include global logistics provider DB Schenker and multinational retail group Metro Group as well as European and U.S. universities, says Ecosia co-founder Christian Kroll, a speaker at the DLD conference in Munich January 18–20.

At launch, Ecosia provided a combination of search results from Yahoo! and technologies from Bing. Ads were delivered by Yahoo! as part of a revenue-sharing agreement with the company.

Ecosia’s search results are now provided by Bing and enhanced by the company’s own algorithms. It is currently available as a web browser or mobile app on Android and iOS devices, as well as on PCs and Macs.

In 2018, Ecosia committed to becoming a privacy-friendly search engine. Searches are encrypted, not stored permanently, and data is not sold to third-party advertisers. The company states in its privacy policy that it does not create personal profiles based on search history, nor does it use external tracking tools like Google Analytics.

The company has 1% of the European market for search but believes that number will grow as more people and more companies take action to protect the planet. “We were aware of climate change issues ten years ahead of everyone else so we are really at a very exciting moment,” says Kroll.

Kroll, who grew up in eastern Germany, says he is motivated by environmental and ethical principles rather than profits. The company, which has created in 2009, has never raised any venture capital. It could make more money if it collected more data but purposely chooses to protect users’ privacy instead, he says. Kroll and his co-founder donated part of their shares to the Purpose Foundation, which means that Ecosia can never be sold to private interests and the founders can never take profits out of the company.

Ecosia uses 80% of its profits from advertising revenue to support tree planting projects, the rest is put into backup reserves.“We are about planting trees, not maximizing profits,” says Kroll. The company currently has an annual turnover of €25 million.