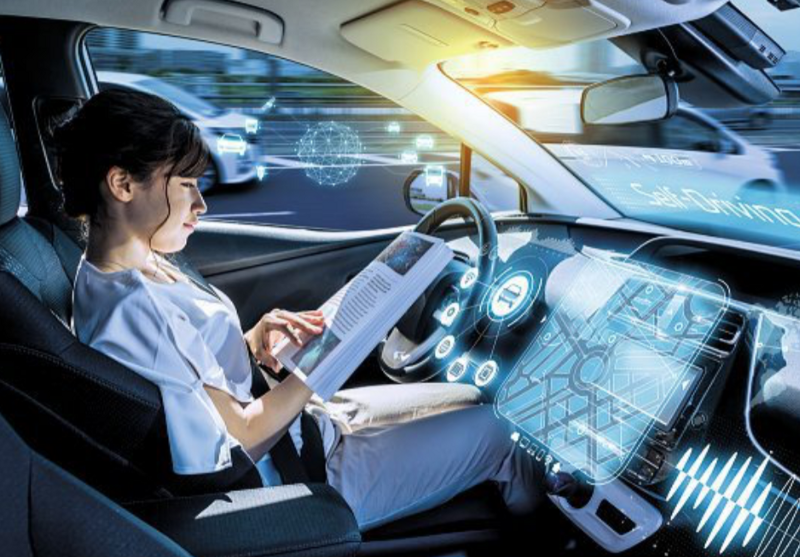 The country is expected to have tremendous global influence over the design, operating rules, and sales of driverless vehicles.

While Silicon Valley took an early lead in the race to develop autonomous vehicles, many observers believe it will soon be surpassed by China. And thanks to a ferocious push by the government that has catalyzed efforts by tech giants and startups alike, China seems poised not just to lead but to dominate this emerging global market in the decades ahead. “China is playing catchup, but playing it faster than anyone else,” says Andrey Berdichevskiy, automotive mobility solutions lead at the global consultancy Deloitte in Hong Kong. “I expect the pace of development in China to become quicker and quicker over time.” China is likely to emerge as the world’s largest market for autonomous vehicles and mobility services, worth more than $500 billion by 2030, according to an annual report on the nation’s innovation economy by the South China Morning Post and 500 Startups, a Silicon Valley venture fund and seed accelerator. That leadership means China will likely have tremendous global influence over design, operating rules, and sales of autonomous vehicles, since breakthroughs in each of these areas are expected to be driven by its companies and regulators. That was very much the intention when China’s government declared in late 2017 that being the global leader in autonomous technology was a national priority. That announcement followed similar statements about wanting to win emerging markets for technologies such as artificial intelligence, 5G wireless networks, robotics and smart cities. All of these are critical ingredients in advancing autonomous vehicles.

Since then, developments in China have come at a blistering pace, thanks in part to four of the nation’s biggest tech firms, including the three largest Internet companies: Baidu, Alibaba and Tencent. Chinese officials dubbed search giant Baidu a “national champion” in self-driving cars last year. The centerpiece of its effort is dubbed the “Apollo Project,” an open-source software platform launched in April 2017 to enable a wide range of industry players to collaborate. Among those who have signed on so far: Ford, Daimler, Intel, Nvidia, Microsoft and Bosch. Baidu began mass production of a fully autonomous bus in July with partner King Long Motor Group, and expects to begin building semi-autonomous passenger vehicles with partners JAC Motor and BAIC Motor next year.

Scaling Up in China

“On Apollo, we are moving at China speed,” Baidu’s CEO, Robin Li, said in an early August earnings call with analysts and reporters. “China is the largest auto market in the world, with 28.9 million new vehicles sold last year, presenting a huge opportunity for Apollo.”

Meanwhile, Tencent, the country’s social networking and video game leader, has struck partnerships with six Chinese automakers to develop autonomous vehicles, while receiving one of the first licenses to test self-driving cars. The online retailer Alibaba has been testing its own self-driving vehicles, and another Chinese e-commerce group, JD.com, vowed in late 2017 to spend at least $1.5 billion on autonomous vehicles. These investments benefit from a rapidly evolving regulatory environment. The central government issued rules earlier this year for self-driving car tests that have allowed local and regional governments to issue testing permits.

Driving time, testing, and the collection of data are among the most critical elements to continued development of autonomous technology. And the scale at which China’s companies can do that represents a massive advantage. “What we’ve seen is that when these systems get tested in multiple locations simultaneously, the rate of learning starts to improve dramatically,” says Berdichevskiy. Chinese companies have also set up R&D outposts in Silicon Valley, allowing them to run tests in the U.S. and recruit talent from abroad.

China’s hottest AV startups like to emphasize that they have a substantial presence or are co-headquartered in Silicon Valley. NIO, a Shanghai-based electric vehicle startup that has raised $2.1 billion in venture capital and is now pushing into the AV market, recently filed for a stock market listing in the U.S. In its securities filing, the company disclosed that it had 2,494 people on its Shanghai R&D team and 518 in its North American headquarters in San Jose. In a letter to prospective shareholders, the NIO CEO, Bin Li, made it clear that the company’s ambition extends well beyond its home market.

“Increasingly sophisticated technologies such as autonomous driving, electric car technology, artificial intelligence, and cloud services are reshaping the automotive industry,” he wrote. “We believe that technological advances will reignite enthusiasm and passion toward automobiles.”

Shenzhen-based Roadstar.ai also pointed to its Silicon Valley R&D center when it announced it had raised $128 million in venture capital this year. So did China’s Pony.ai, which is rapidly expanding in the Bay Area and recently raised $112 million. It’s much tougher for U.S. and European companies to freely enter China’s restricted markets. China’s government has placed limits on the use of GPS and some sensors, for instance, requiring foreign companies to partner with local players due to fears the data-gathering could be used for espionage.

Still, Waymo, Google’s autonomous vehicle unit, recently revealed it is setting up a subsidiary in Shanghai. And, German automakers such as Volkswagen, BMW and Daimler have announced plans over the past year to spend billions of dollars as part of major research and development partnerships with Chinese automotive companies in a bid to ensure access to the nation’s electric and autonomous vehicle markets.

China’s transforming mobility markets offer another advantage: Its pro-tech populace. In a series of surveys by Deloitte, the Chinese had a far more optimistic view toward self-driving cars and AI than their Western counterparts. While 47% of U.S. residents worried that self-driving vehicles would not be safe, only 26% of Chinese shared that concern, according to Deloitte’s Global Automotive Consumer Study 2018. “The public acceptance [in China] is substantial,” says Christoph Wolff, who heads mobility industries and systems at the World Economic Forum. “They see the upside before they see the risks. In the Western world, it’s very much seen in terms of the risks and taking jobs away.” The rapid evolution of autonomous vehicles is one of several reasons that the Forum has decided to open a Center for the Fourth Industrial Revolution in Beijing. The first center opened its doors in San Francisco last year to study transformative technologies ranging from advanced manufacturing to mobility. The latest center is recognition of China’s ambitions to shape the future.

“There is a growing and thriving ecosystem on autonomous driving in China which is now moving ahead with great speed,” Wolff says. “If you want to predict the future and learn about the technology and the behaviors to adopt autonomous driving, it’s critical to be in China.”