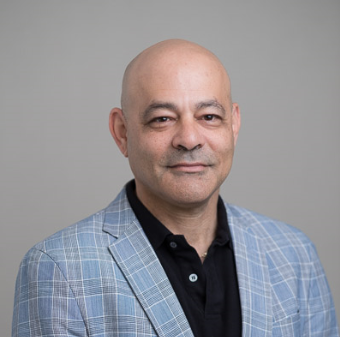 ThetaRay uses machine learning algorithms to detect system behavior anomalies and threats such as insurance fraud, cyber attacks and illegal financial activity. Its backers include ABN Amro and General Electric. The company currently focuses on the financial sector but is considering expanding its focus to include industrial IoT applications in future. The company, which has offices in Israel and New York, was one of a number of cybersecurity startups exhibiting in London September 23–26 at Sibos, an annual conference that this year gathered some 11,500 attendees from the global financial services industry.

Cybercrime remains a top concern for banks. A lot of financial crimes go undetected because security systems operated by financial institutions are typically based on existing formulas and models. These systems can only detect crimes that are based on models they have been trained on. Other systems detect financial crime by recognizing anomalies but this strategy leads to a lot of false alarms. A typical bank gets 50,000 alerts a month and 99.5% are false positives, says Steve Mann, the company’s chief marketing officer. ThetaRay’s machine learning algorithms, called IntuitiveAI, developed by the company’s co-founders, both world-renowned mathematicians, analyzes massive amounts of data in an unbiased way in order to discover relationships between seemingly unrelated events,. Pinpointing the so-called “unknown unknowns” enables banks to pinpoint activity that suggests money laundering, terrorist financing, human and drug trafficking, and other financial crimes. “Our algorithms find meaningful changes in normal behaviors,” says Yaron Hazan, financial crimes and compliance expert at ThetaRay, a speaker at Sibos. ThetaRay’s technology then gathers like anomalies into clusters, helping to make the type and number of incidents that human data scientists need to investigate more manageable, says Mann.

ThetaRay’s customers include 25 tier-one banks. The startup’s technology is being applied to retail banking, corporate banking and correspondent banking and it says its technology can spot multichannel fraud, payment fraud and internal fraud. One Asian bank discovered 15 suspicious activities through ThetaRay that it needed to report to the regulator, Mann said. The company has raised a total of $70 million to date. General Electric has participated in every round. ABN Amro joined the latest round in June. The Dutch bank struck a five-year bank-wide deal with ThetaRay in June of 2018 to help it tackle money laundering and terrorist financing risks and then decided to invest. Other investors in the startup include Jerusalem Venture Partners and OurCrowd.