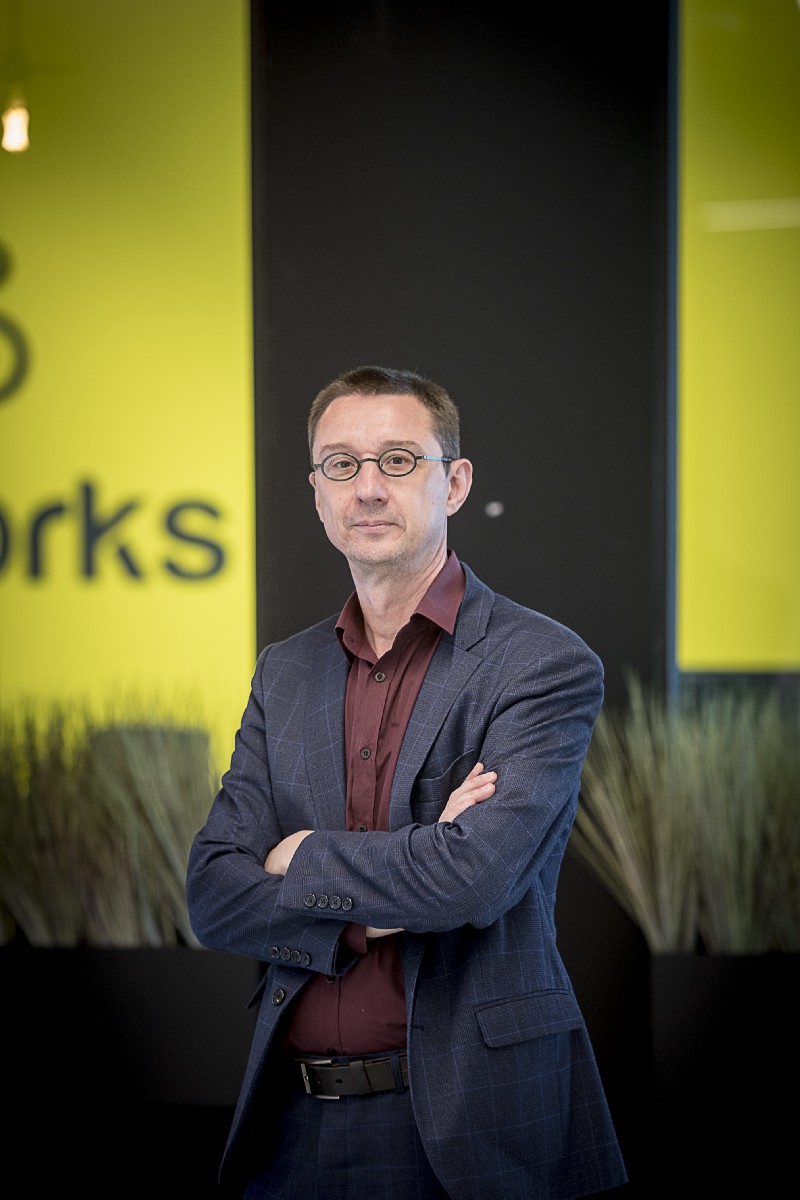 Pascal Coppens, author of “China’s New Normal, How China Sets The Standard For Innovation” has lived and worked in China and Silicon Valley for over 20 years. He is an international speaker at nexxworks, a Belgium-based company that connects corporates with innovation.. He participated in a fireside chat with The Innovator’s Editor-in-Chief Jennifer L. Schenker in London on Sept. 24 during Sibos, an annual meeting which this year attracted 11,500+ participants from global financial services companies. During Sibos Coppens agreed to a separate interview with The Innovator.

Q: How — in your view — is China setting the standard for innovation?

PC: We saw after 2008 when China started opening up everybody wanted to target consumers. The competition was crazy. In China you have a hundred competitors from day one, it is almost impossible to be alone in any market. And it is unpredictable and runs so fast: the regulations change, consumers’ expectations change, everything is constantly changing and everybody is trying to fight with different weapons. Over time they figured out that the only difference that really matters is technology and innovation. That is why my book starts in 2013 because that is when China went from producing quantity to quality. If we want to view China’s ‘new normal’ we need to look at the spectacular rise of innovation over the past six years. In 2018 this rise in innovation reached a tipping point, with China apparently overtaking the innovation capacity of the U.S Some key developments signal this tipping point: the list of the world’s 20 most valuable Internet companies by market valuation already contains nine Chinese enterprises. China already has 149 unicorns [private companies that are worth more than one billion dollars]. This is three more than the U.S. China now spends as much on research and development as Europe or America, whereas just eight years ago they only spent half as much. China accounts for 40% of all the world’s patent applications and is now approaching the total number of patents granted to American and Japanese companies. And if a comparison is made between the growth of similar technology companies in China and the West, those in China are growing almost nearly twice as fast, even though they are still almost exclusively active on their domestic market.

Q: How did China go so far so fast?

PC: In 2016 when a Chinese contestant lost the AlphaGo tournament [a computer version of the game Go developed by DeepMind, which was acquired by Google] one of the biggest moments of shame he had was to be beaten by an American machine. That is when China woke up and decided that it wanted to match the West by 2020, develop breakthrough innovations by 2025 and be a leader in innovation by 2030. One of the biggest differences is that in the West companies try to find customers for their technology or products: in China companies try to find technologies or products for their customers. One of the things that is unique in China is that users or consumers adopt technology faster and reap a lot of benefits from it. Customer ease, speed of execution and ingenuity are now often more important ingredients in a winning business model than technological inventiveness and this is where the Chinese excel. The Chinese are also capitalizing on one of their biggest assets: data. They can use China’s massive amount of data to compete in just about any area. Look at self-driving cars. It is no longer about the engine, it is about the data, the Internet of Things and 5G, all areas where China is a leader today. It’s wrong to assume that the government dictates everything and the whole country follows. The government gives a direction and makes a lot of money available and then everybody sees there is an opportunity and a lot of money to earn so they get to work doing the very hard work required for innovation. The Chinese don’t talk about digital transformation they talk about digital disruption. They understand that if you don’t design your company from scratch you won’t be able to fully benefit from the technology. And so, we are in the new era where everything is about adding intelligence — everything in China’s society from medicine to financial services is being based on data and algorithms to improve quality of life. Four or five years ago there were very few AI companies in China and nobody cared about data and in three years — from 2016 to today — they have surpassed all of the Western companies in terms of tech adaption and development and put China on the map.

PC: There are many that I outline in my book. Among them is smart media and entertainment, including how Tencent developed WeChat as an all-on-one tool that makes people’s lives easier rather than offering a social media to connect with friends. WeChat is a combination of Facebook and Whatsapp on steroids, with games, online shopping, financial services. It has over a billion monthly active users and 10 million applications. Retail is another area. The way that online and offline are merging showed the West that China could define and disrupt a sector and think of it in a different way. They are spending a lot of money on omnichannel and following the data and understanding where the customer goes. This is why I predict China will become the epicenter of retail and commerce. In my book I also outline how China is having an outsized impact on the development of smart finance and insurance, smart mobility, smart health, smart education and smart manufacturing. They are building ecosystems in every sector in order to win the war and not just battles. The paradox of the Chinese is they think very long term but are extremely impatient to get results. Their approach is get new products and services to market quickly, test, and try again. Even inside big companies it is almost like they are running 100 startups simultaneously. Each division is acting like a startup that has to go to battle every single day.

Q: What can established companies in the West learn from the Chinese approach?

PC: There are three things that companies in the West should emulate. One is to hire on motivation not on skill: look for people who are ambitious and people who want to change things. The second thing is that Chinese companies have stronger targets or KPIs and monitored them much more closely than in the U.S. or Europe so if something goes wrong it can be fixed quickly. Monthly KPIs are collected and these results get communicated to those at the top of the company. It is really about constantly being on edge. In China they don’t want technology to monitor process, they want technology to monitor results. And finally, in companies liked [Chinese insurance and financial services conglomerate] PingAn they have a long-term vision and get the whole company behind it. Between 2008 and 2018 they said the next 10 years will be all about technology and now the next ten years will be about building ecosystems. The whole company is being transformed. So the lesson is allow freedom within the organization to experiment and when it works out make sure everything goes towards that direction. The challenge in Europe is that there are many barriers to creating anything new. The message needs to be just try things and monitor much faster. Dare to partner and work together with companies and organizations that you would not typically work with and are not like you. Look for partners that can help you grow and create or become part of of an ecosystem.