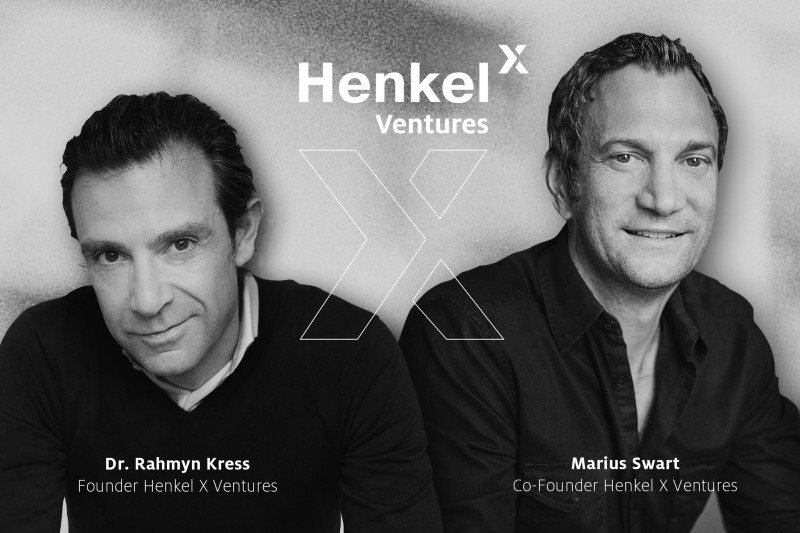 Henkel X, an open innovation platform that crosses sectors and countries created by Henkel, a 143-year-old German maker of chemical and consumer goods, is being combined with Henkel’s venture fund, part of a plan to further help established European companies grapple with new technologies and new business models.

“Europe has an innovation problem,” says Marius Swart, who co-founded Henkel X along with Rahmyn Kress in 2018. “People are doing things with digital that are not really moving the needle. Given the level of change happening internationally and the types of new technologies and business models that are being developed, established companies need an advantage to able to ensure their future survival and their future growth and our platform can give that to them. We offer a network where they can openly talk about the things that they need to get solved, connect with startups and think long term. “

The Henkel X platform describes itself as a diverse network of partners and experts sharing knowledge and ideas that offers members “an unfair advantage.” It organizes interactive events to promote new ways of working and the rapid development of MVPs [minimally viable products]. The aim is to mix internal experts from Henkel with external partners to work together on technology solutions, change management issues and new business models.

The network is open to founders and startups, entrepreneurs, venture capital experts, industry partners and peers, scientific institutions and students. More than 200 mentors are already part of its Mentorship Club. Twenty-one concrete pilot projects were launched in 2018 and another 50 have been started this year. “ Henkel X is the hub by which all innovation comes together and ultimately such innovation drives new ways of working and new business models and new ways of doing business,” Kress says.

Kress has stepped down as Henkel’s Chief Digital Officer and Chairman of the Digital Advisory Board and will now focus full-time on expanding the Henkel X platform and will additionally have responsibility for Henkel’s €150 million venture capital fund. Henkel X Ventures is the name of the new combined entity under the leadership of Kress and Swart, the two Henkel X co-founders.

Henkel announced Sept. 23 that it has appointed Michael Nilles as Chief Digital & Information Officer (CDIO). Nilles, who previously was Chief Digital Officer and Chief Information Officer for Schindler Group, will join Henkel on October 1 and will be responsible for the combined activities in Integrated Business Solutions and digital technologies.

In his new role as Global Head of Henkel X Ventures, Kress will continue to report to the CEO, Hans Van Bylen.

“In February 2018 Marius Swart and I established Henkel X with the aim not only of accelerating Henkel’s entrepreneurial acceleration but to provide an open innovation platform to transform the whole industry,” says Kress. “Not even two years later we have reached a point where at Henkel we no longer speak of digitalization as it has become an organic part of the day-to-day business. We have successfully expanded the access to start-ups and become a key player in the ecosystem. We have implemented a group-wide data strategy that will enable advanced analytics and drive the innovation cycle further. We have managed to embrace digital as the new normal mindset and behavior. With his extensive experience in digital transformation Michael Niles will take Henkel’s digital transformation to the next level. But we still have a dream of providing an open innovation platform to act as a catalyst of industrial change and accelerate innovation and the creation of new disruptive business models across the whole industry.”

Rolling the venture fund into the Henkel X platform will be a powerful differentiator, says Swart. “There is so much capital out there. There are a lot of traditional venture arms and more are cropping up on a daily basis. If you look at the data one in every four or five deals includes a corporate venture fund. Money is turning into a commodity these days. That is why the value you bring to the table is so important.”

To that end “the talent pool and the opportunities for new route to market through industry partners and co-innovation activities provides a tremendous unique opportunity for entrepreneurs,” says Kress. Another differentiator is that Henkel X has significantly reduced the six to nine months it usually takes to conduct a proof of concept (POC) with large companies. “We have built an incredible ecosystem and this will allow us to have tremendous deal flow,” Kress says. “We have the perfect infrastructure to accelerate new ideas. This new role offers the opportunity to combine the most necessary skills and resources to tackle Europe’s biggest challenges and ensure that corporate and industrial Europe has a fair and equal chance to remain globally relevant in future.”