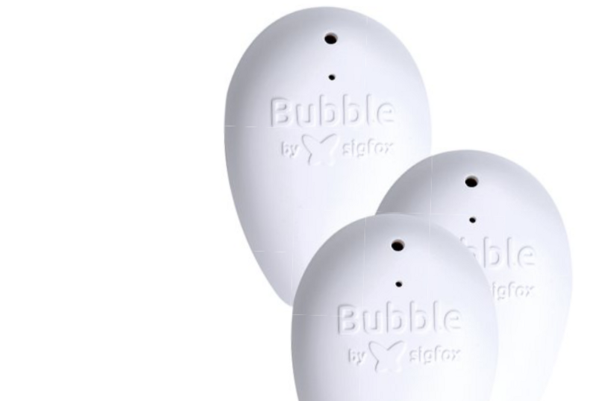 France’s Sigfox made headlines in 2014 when it pierced the ears of cows in the Pyrenees so that tiny modems could be inserted and their whereabouts tracked via its dedicated Internet of Things cellular network. The info was transmitted to researchers studying the moving patterns of herds, an application that was considered novel at the time.

Fast forward four years and Sigfox’s Low-Power Wide-Area network “cow- nectivity” has been extended to millions of objects in over 50 countries. It’s rooftop base stations, which serve as transmitters, cover about one billion people.

“With Sigfox you can move from Johannesburg to New York to Singapore and always be on the same network,” says CEO and Co-Founder Ludovic Le Moan, a scheduled speaker at the Founders Forum x Industry In Partnership With Henkel Conference in Dusseldorf on November 8 and 9.

Early next year Sigfox plans to launch a fourth satellite.“This way we will have a full constellation of satellites that will complement the ground network that we are rolling out,” he says. “If we want to cover the whole planet we cannot rely only on ground antennas.”

Sigfox is gearing up for asset tracking, which Le Moan considers “the biggest opportunity now for IoT.”

The French startup, which is headquartered near Toulouse, recently announced a new movable hardware transceiver called a Bubble which serves as a hotspot. The Bubble uses Sigfox’s low-power wide-area network to connect to the cloud instead of GPS, WiFi or Bluetooth technologies. “We have a simple vision,” says Le Moan. “You take data, you send data over the air, and our many antennas will catch the data. The fact that there is no connection necessary makes us unique.”

The Bubbles communicate with state- of-the-art battery-free stickers Sigfox has developed that can be attached to everything from a suitcase at an airport to goods in a factory that need to be inventoried.

Le Moan says the stickers aim to replace radio frequency identification (RFID) tags which were heralded as a high-tech way of tracking goods in stores and in supply chains but have fallen out of favor because they use a lot of power, only operate at short range and when grouped close together can cause interference with each other. He says Sigfox’s stickers can track assets without any of those side effects.

“The challenge of IoT is the cost of solutions,” says Le Moan, “because there is a need to transfer data at the lowest possible cost.” Services can then be built around it. For example, Sigfox sensors currently track Michelin tires from the factory to the end-customer. The concept of Bubbles is a new way for customers to know where the device is, he says, “When you cross the path of a Bubble with a sticker tracking device, like at an airport, the sticker on your luggage will know that it is passing by a Bubble it trusts, says Le Moan. He says he believes it will be possible to get the cost of the sticker down to three cents or less, since they are battery-free. “There are many, many ideas to link what we are doing with blockchain,” says Le Moan. For example, he says, if you want to be assured that your luggage will not be opened when you leave it at the airport, an insurance company could give a consumer a guarantee. Attaching blockchain applications to the data in our network is something that makes sense. But, he says, the company will stick to tracking goods, including “moo-vable” assets.