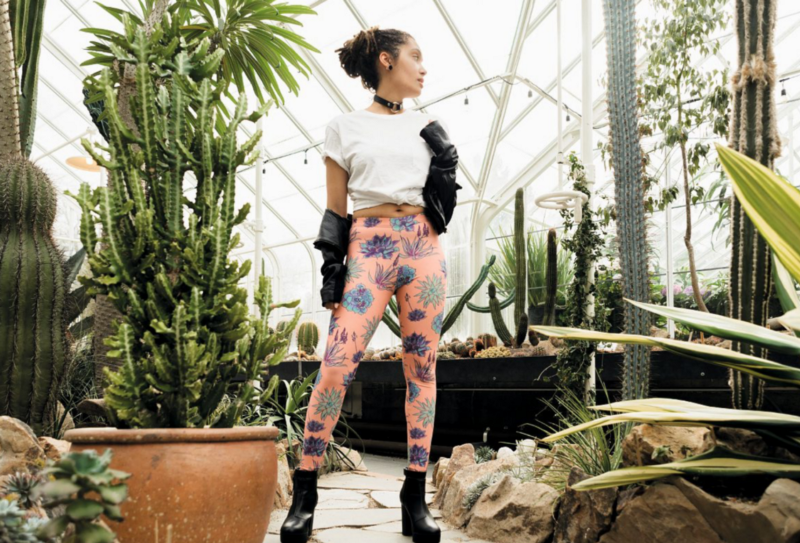 Going forward, robots will speedily make custom orders for people in the color, shape and size they want.

The clothing retailers Zara, Forever 21 and H&M improved supply chain management, famously reducing product cycle times from nine months to nine weeks. It is called Fast Fashion — or in industrial parlance just-in- time — which means the fabric from the mill doesn’t sit in a warehouse but shows up at the factory precisely when it is needed.

Bombsheller, which claims to be the world’s first fully-programmable clothes factory designed to deliver customized garments, cuts nine weeks to nine hours. It is an example of how traditional business-to-consumer manufacturing is set to shift to faster, more-personalized manufacturing, largely driven by consumer demands.

“We literally never make a product until someone clicks ‘buy now’ and tells us what color they want. Usually, within 24 hours it is on its way to you. That’s the model,” says Pablos Holman, a hacker, inventor and futurist. He now works for former Microsoft Chief Technology Officer Nathan Myhrvold at the Intellectual Ventures Laboratory on the West Coast of the U.S., where a wide variety of futuristic invention projects are under way. Holman built Bombsheller a little over five years ago on his own time and on his own dime — to prove it was possible and would likely be the future of manufacturing. Holman’s hunch proved to be prescient. Customized manufacturing is moving from possible to probable and looks poised to disrupt the $2 trillion apparel industry as well as the production of many other goods. Jack Ma, executive chairman of Alibaba, calls it “the new manufacturing.” “In the past, it would be impressive if an assembly line could produce 2,000 of the same garments in five minutes,” Ma said in a speech in September during Alibaba’s annual cloud computing conference in Hangzhou, China. “Today onwards, making 2,000 different garments in five minutes will be more impressive,” Ma said, adding that modern consumers aren’t satisfied with mass-market fashion and are demanding unique outfits.

Closely related to Alibaba’s New Retail strategy, a consumer-centric approach that merges online with offline for seamless shopping experiences, New Manufacturing will greatly impact traditional manufacturers in the next 10 to 15 years, Ma said. “New Retail seeks to redefine the retail sector,” Ma said in his speech. He added that new manufacturing “will soon bring a wave of threats and opportunities to the manufacturing industry in China, and around the world. We must be prepared.”

According to Ma, the lines between different industries will be increasingly blurred, and the manufacturing, tech and service sectors will become more interconnected. “You can’t have one without the other,” he was quoted as saying. “Data analysts and algorithm engineers of the future will not be working in-house at Internet companies, but in manufacturing facilities.”

Holman is blunt about why he launched Bombsheller: “We started the company to upend an entire industry.” “That is what disruption is,” he says. In Silicon Valley the attitude is “we are not going to try and fix your industry. We are going to start from scratch and we are going to create a parallel industry using all the superpowers we get from our computers.” The apparel manufacturing industry is ripe for disruption, he says. “When we show Bombsheller [to traditional retailers] they all wish they had this company,” says Holman. The reason? Inventory management. “They all have to guess nine months ahead what will sell and send back orders to China. And they always guess wrong,” he says. That leads to liquidation sales, which “devalues their brands.” On the other hand, if they don’t order enough, “they are spending money to market things that have sold out… The winners are the companies that have lost the least.” Bombsheller uses micro-production technology to make only one customized product so no one is expecting it to overtake the likes of Zara or H&M anytime soon. But the fact that it can make customized products from quality fabric and turn them around in a day at a price within reach for many people underscores the changes that Industry 4.0 will bring. Bombsheller automates a lot of what both factories and retailers do. Patterns uploaded by designers go on sale online within one hour. People still do the sewing but Holman suspects that will not be the case for long. For the moment producers of robots are focusing on automating high-value tasks like surgery. But, he says it makes more sense to focus on automating sewing. “It is a two trillion dollar industry and nearly every human on Earth will come back every year for something new,” he says. Going forward, robots will increasingly make custom orders for people in the color, shape and size they want, he says.

That’s radically different from the way manufacturing is done right now. But soon, say pundits, no manufacturer anywhere in the world will be unaffected by Industry 4.0. This new industrial revolution is driven by changes in consumer expectations — they want customizable products delivered in Internet time — as well as the convergence of new technologies such as The Internet of Things, collaborative robotics, 3D printing and the cloud, together with the emergence of new business models. To remain

competitive industry observers say factories will have to accommodate custom designs and be able to make rapid changes to the products being produced. To do that they will have to: use the Internet of Things and other technologies to digitize the entire process; reduce time to market; integrate their supplier and production networks through Internet-based product lifecycle management so that employees throughout the network can collaborate; have semi-autonomous robots working alongside humans to accelerate production while ensuring quality; and analyze data collected about customers to offer a plethora of new digital services. “Customization is a key trend,” says Olivier Scalabre, a senior partner and managing director at the Boston Consulting Group (BCG). “And with new Industry 4.0 manufacturing it will be possible to satisfy this demand.”

Early examples include Adidas’ high-tech Speedfactory, which uses automation and 3D printing technology to support small-batch production of customized running shoes tailored to-consumers near the production sites. The first Speedfactory was opened in Ansbach, Germany in early 2017, and another has since opened in the U.S. Clothes and shoes are not the only items being personalized. BCG has opened 10 innovation centers around the world to showcase how production lines will change. Among them is a facility near Paris that produces customizable scooters. “We are doing this to demonstrate the impact of Industry 4.0 to our clients,” says Scalabre. During the third industrial revolution factories were designed according to a few guiding principles: make a lot of one product and get better and better at doing it while decreasing costs. The objective was to specialize factories by product and move them offshore, where labor costs are less expensive. So the world ended up with mega factories, specialized by product, far away from consumer markets.

Technology is changing that. In the old system, switching a production line from one product to another required stopping the line, cleaning it, and resetting all the tools and the parameters. Thanks to collaborative robots and augmented reality tools, manufacturers can switch products at almost no cost, Scalabre says. What’s more, the introduction of IoT and digital twinning can boost productivity by 20% to 30%. Manufacturers now have a lot more flexibility. They don’t need to go offshore to obtain productivity gains because the new factories are much smaller so they can be closer to consumer markets. All this means that whereas products were once made to specifications, now they can be made to order, says Scalabre, driving the trend toward personalization.

Take beauty products. Now, a consumer can go into a shop, have their skin analyzed and order a special blend that a small, nearby factory delivers within a few hours. Or running shoes. Consumers can go into a Nike or Adidas store, have a 3D model made of their feet and order customized 3D-printed sneakers. While today such orders only represent a small percentage of global production there is a clear demand from consumers for “my cream, my shoes, my clothing,” Scalabre says. “Every industrial company that is making a choice about a design of a new factory in the

next 10 years is basically thinking about this at this very moment,’ he says. “There will not be 100% mass customization — it will likely impact maybe 15% to 30% of the market — but it is happening. The traditional value chain will be broken apart and all the downstream manufacturers will move closer to the consumer market.”

China is among the fastest to embrace Industry 4.0 technologies, says Scalabre. “It will be one of the few countries in the world that will lead the way,” he says. “It will no longer be the factory of the world. It will build local factories for local customers.” Given that the next billion consumers in China are projected to inject more growth into the economy in the next five years than the top five mature European markets together, targeting their home market will make economic sense.

A Lesson in Disruption

So what can other industries learn from the disruption of manufacturing? “You may not care at all about apparel but you should consider this as a roadmap for technology-based disruption,” says Bombsheller founder Holman. “If we have surgical robots and self-driving cars then we will have self-driving sewing machines that allow us to re-engineer the apparel industry. That is what we are trying to show people.”

He warns industry leaders, “you are not immune. Don’t fixate on sewing machines because with the adoption of machine learning there will be something analogous in your industry and people you never heard of who have just dropped out of college will do an end-run around you.”