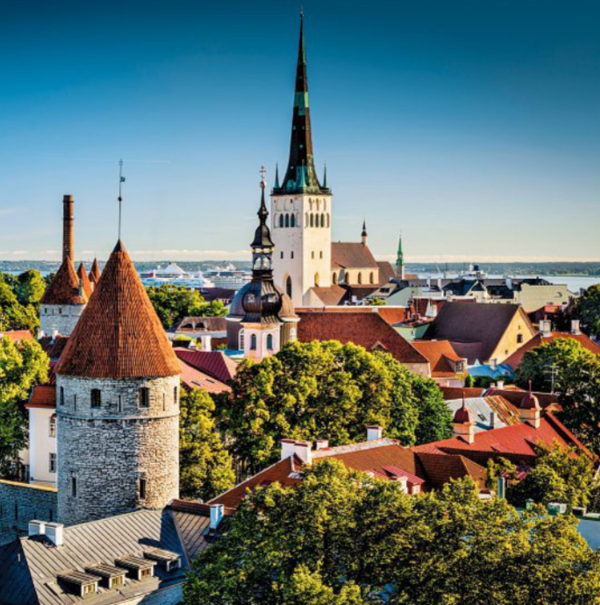 Estonia’s early adoption of digital ledger technology is giving it an edge.

If you want a glimpse at the future potential of blockchain, visit Estonia, urges Kaspar Korjus, the country’s managing director at e-Residency. Almost all public services in Estonia are digitalized and accessed through secure digital identities that are provided to every citizen and resident.

One of the innovations that is integrated into some of the services is a distributed ledger that can never be erased or rewritten. This kind of ledger technology is now more commonly known as a blockchain. Estonia’s digital ledger was built years before current-day blockchain existed but is based on the same principle. The distributed ledger gives citizens and residents control over their own data. “Every transaction unit is backed up on the digital ledger so no one can misuse it or change it,” says Korjus. “As a citizen no one has a right to check my data without permission. Before I had to trust some government employee. Now I put my trust in mathematics and encryption.” While digital ledger technology is secure it isn’t failsafe. In September a group of international security researchers identified a potential security vulnerability that affects the use of Estonia’s ID cards and digital IDs. The cards are used to access a wide range of digital services, from signing documents to submitting tax returns and checking medical records, as well as by foreigners who are e-residents in the country.

When notified, Estonian authorities immediately took precautionary measures, including closing the public key database and being transparent about the risk. Korjus, who points out there was no actual breach, says other governments could learn from the way the country has implemented public policy to foster the use of innovative technology and digital IDs while protecting its citizens and e-residents.

For example, he explains that simply having the technology to monitor who is accessing people’s data, conduct e-voting or digitally signing documents, would be pointless without a policy framework to ensure improper access of data is punished, e-votes are counted and digitally signed agreements are legally binding.

Estonia’s e-residency program is another example of smart public policy, he says. It allows people from anywhere in the world to apply for a digital identity in Estonia. You can then use a government-issued identity card to sign documents, open a bank account and register companies from abroad. “It has opened up a business opportunity for Estonia,” says Korjus.

The primary benefit at present is the ability to establish and manage a trusted location-independent company entirely online. Some 20,000 companies have already opted in. Now blockchain entrepreneurs have started asking how the digital IDs can be integrated into their products and services as a way of on-boarding their customers faster and at lower cost.

“Estonia is now a blockchain nation,” says former President Toomas Hendrik Ilves. “Our digital society is underpinned by blockchain technology and our secure digital identities provide a significant advantage to blockchain companies that need to verify online identities. Through e-Residency, Estonia is ready to support blockchain pioneers from anywhere in the world so they can build the future through our digital infrastructure, even without stepping foot in Estonia.”

Estonia should take advantage of its edge while it can. Trent McConaghy, the founder and CEO of the Berlin-based blockchain startup BigchainDB, says he believes it is only a matter of time before the tiny Baltic state has some competition.

“The concept of e-residency is based on the same philosophy as blockchain — spreading power,” says McConaghy. “I am sure other nations are going to start to copy them. In 10 to 15 years 10 or more nations will have e-residency programs. These nations are going to be competing on which benefits they give. As the power of nations fades and everything becomes more decentralized this movement will follow.”