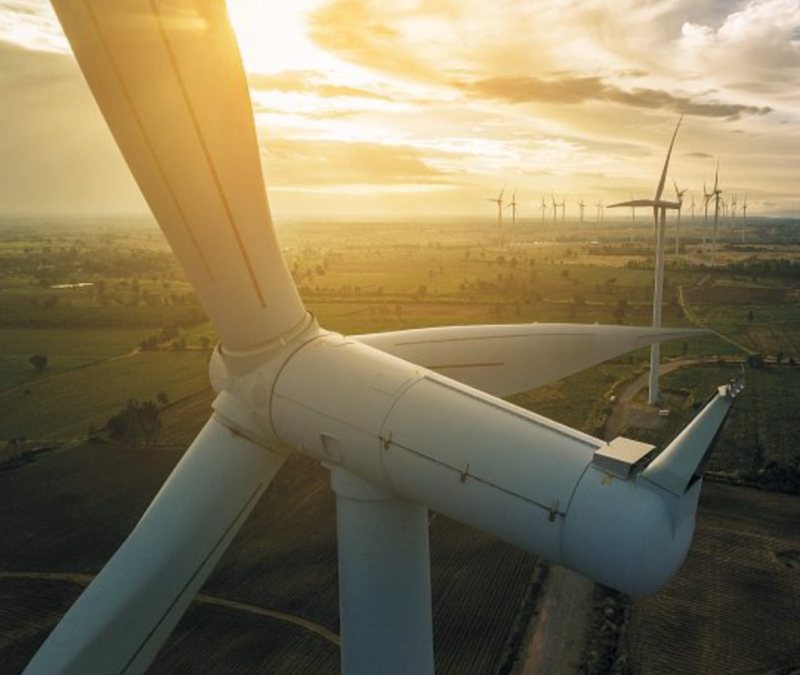 The mayors of six South Korean cities, including Seoul, are encouraging citizens with rooftop solar panels and large-scale industrial solar- power generators to trade their energy for network-specific crypto-tokens on a blockchain-based exchange called Swytch. The trial is part of a larger effort by that nation to create smart cities and move away from nuclear- and coal- powered plants. But Swytch is not just targeting South Korea. It is aiming to connect the world, changing the way energy is generated, priced and distributed. Today less than 5% of all electricity is generated by abundant sources of energy such as sun or wind. Swytch’s goal is to fulfill global needs — some 36.5 trillion kilowatt hours — by relying 100% on renewable energy by 2040.

The planned system is being powered by a renewable energy currency in the form of crypto-tokens. Instead of using the gold standard, the currency is backed by the production of renewable energy, creating a kind of virtuous circle of increased productivity and growth, explains the MIT researcher John Henry Clippinger, who is creating Swytch with the help of a group of experienced executives in energy, finance and technology as well as entrepreneurs and experts in the field of password cryptography.

From large-scale industrial power generation to small-scale residential investment, Swytch tokens can be created anywhere electricity is produced and consumed. Users earn tokens when they trade excess energy and spend them when they are in need. Their use is carefully tracked and recorded on the blockchain by crypto-tokens that are equipped with self-enforcing sets of software rules called smart contracts. The smart contracts provide geographical certification of production and consumption based on actual carbon reduction and replacement of fossil fuels.

Swytch is one of several emerging blockchain-based global exchanges that are aiming to democratize access to sustainable power and reduce the cost of energy to zero. Think of these exchanges as an “Internet for Energy” that could upend the balance of power, both literally and figuratively.

Access to power has always been unequal across the world. Infrastructure is inequitable and economic development often suffers from disruptions in power supply. The economic models of the energy sector are built around the scarcity of fossil fuels, so wars are frequently started over access to energy resources. Blockchain enables exchanges that cut out the middleman — the traditional utility — and erase the division between generator and consumer, allowing any person, company or machine to directly exchange energy, first at the local level and eventually, globally.

An early example is the Brooklyn Microgrid, a blockchain-based peer-to- peer trading platform run by the U.S. startup L03 Energy. The microgrid, which was first piloted in 2016, enables local trading between producers and consumers of power in three Brooklyn neighborhoods, balancing out local production and consumption. Microgrids allow the bypassing of the electric company energy supply, creating energy generation and storage components that can function on their own.

The challenge is in figuring out how to scale that concept globally. Swytch is not the only emerging exchange working on ways to do that. Others include Power Ledger, an Australian blockchain-based peer-to-peer energy marketplace, which raised 34 million AUD (about $26 million) in September through an initial coin offering; Greeneum, a peer-to-peer exchange which leverages blockchain technology, smart contracts and artificial intelligence (AI) to allow energy trading in a decentralized marketplace; and Universalright.org’s initiative, a new global blockchain-based energy exchange based out of the Netherlands and backed by Arash Aazami, a former electric utility executive. All of the exchanges are planning initial coin offerings, an unregulated way of quickly crowd-sourcing funds while simultaneously creating a community, as users on the network must own tokens in order to participate.

The Birth Of New Business Models

The rise of blockchain-based energy exchanges does not mean there will no longer be a business — and profits to be made — in energy. “There will be major, growing energy markets in the next decades,” predicts Aazami. The Internet of energy needs interconnections so there will always be a role for a third-party that can connect peers in an energy system to one other, a role played today by transmission system operators (TSOs), entities entrusted with transporting energy on a national or regional level.

But the way that TSOs and distribution system operators (DSOs) operate today is going to radically change. Rather than regarding peers as suppliers and others as consumers, they “will be required to view all as both,” says Aazami. “The grid of the future needs to be designed for bidirectional use.” That is because on the Internet of Energy, an energy consumer will move from the equivalent of being a passive viewer of television content to being the user of an Internet-connected computer who is free to upload or download at will. Traditional energy providers will also have to make major adjustments to the way they run their businesses. Utilities like Germany’s RWE or Sweden’s Vattenfall work on a volume-based business model: the more energy they sell the more they earn, so the incentive is to sell as much generated energy as possible.

In the future volume is not going to count anymore because utilities can’t make margins on something that is free. In the early days of the Internet, the equivalent of electricity service providers were large telecommunications companies that charged by the megabyte for downloading or uploading data. Today consumers pay a flat service fee to ensure they always have enough bandwidth. The same will be true in the future for the energy sector: instead of paying for the quantity of energy used, consumers and businesses will be charged a flat free for ensuring they get the amount of energy they want to use when they want to use it. Another difference is that in the near future, on these emerging exchanges, energy users will be able to specify where they want to source their energy. A unit of energy will be valued differently depending on whether it comes from a neighbor’s solar plant or a coal-fired plant 300 kilometers away. The emerging exchanges will serve as an incentive for utilities to burn less fossil fuel because embracing abundant sources of energy will no longer cannibalize their business models.

“Today these service providers are still part of the problem. In the future if they want to survive they will have to be part of the solution,” says Aazami, who managed a Dutch utility company for four years and founded another utility before starting work on Universalright.org. “There is no use for the utility we know today in the market tomorrow.”

A new role Aazami sees for utilities is in making energy management easy. It will be possible to do this by running an algorithm that tells users whether their electric cars should be supplying or charging, when it is best for their appliances to turn on or off, and also that advises them on when it makes sense to invest their tokens into solar or thermal or wind.

“You can’t educate hundreds of millions of people to be energy experts overnight, says Aazami. “There is definitely a role to do this as a service in an easy, simple, non-intrusive manner.”

The service could be provided by a traditional utility provider. But not necessarily. A company like Google could fulfill that function. And so could an emerging blockchain-based energy exchange like the one being developed by Univeralright.org. “We are not in it just to make a profit and we will be owned by all our users,” says Aazami. “I think a certain part of the market is going to find that very appealing.”