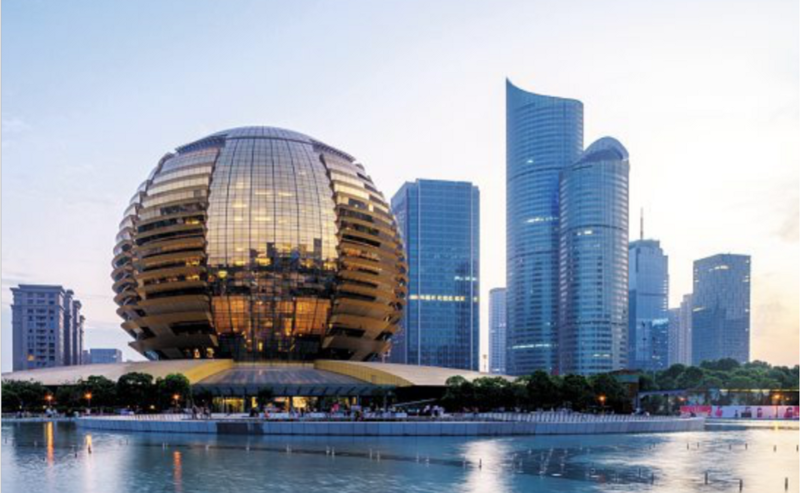 Traffic efficiency has increased by 15% and response time for emergency vehicles cut in half in the Chinese city of Hangzhou thanks to City Brain, a cloud-based set of artificial intelligence (AI) technologies developed by Alibaba Group, a giant online retailer which, among other things, has branched out into smart city technology. Alibaba Group is among four companies chosen by the Chinese government to leverage their respective strengths to build AI “open innovation platforms” in different fields. It is not surprising that smart cities is one of those sectors. Over 1,000 smart city pilot projects are underway worldwide and China is home to about 500 of them, according to a recent report by the consultancy Deloitte. The global smart city market is expected to grow to over $2 trillion by 2025 and AI is expected to play a key role in areas such as smart mobility, smart energy grids, adaptive signal control and waste management, according to a recent report from the research firm Frost & Sullivan.

Smart city projects in China alone are expected to generate $320 billion for the nation’s economy by 2025, the report says. Governments are embracing smart city technologies, which promise to make municipalities more efficient, safer and environmentally friendly, because the projection is that by 2050 over 80% of the population in developed countries and 60% in the developing world will live in urban areas. Alibaba Group’s stated ambition is to optimize urban resources by correcting defects in city operations in real time. It uses Face ++ facial recognition technology developed by China’s Megvii Technology to give cities more control. And, thanks to CCTV video footage, City Brain can instantly perceive traffic incidents throughout the city. When it spots accidents, for example, it integrates dispatching commands for police, fire, rescue and other vehicles and coordinates traffic lights to give emergency response vehicles priority passage. The technology was first tested in Alibaba’s hometown of Hangzhou and has since been adopted by some other Chinese municipalities as well as by Kuala Lumpur, the capital of Malaysia. Separately, Alibaba Group has announced plans to bring voice and facial recognition technologies to the Shanghai subway system through its affiliate Ant Financial Services. Other technologies being tested in Chinese smart cities include autonomous cars and people-carrying drones.

Smart city technologies such as these will be discussed at the World Economic Forum’s Annual Meeting of New Champions in Tianjin from September 18 to 20. The future of cities will be, either directly or indirectly, the focus of some 24 sessions at the conference. Decision-makers from at least 10 major cities as well as dozens of startups specializing in smart city technologies are expected to attend. “Today there are a plethora of smart cities but about 75% of them die at the pilot stage, so the question is how do you scale smart city technology in an inclusive and sustainable manner?” says Alice Charles, the World Economic Forum’s project lead, Cities. Connecting with the right startups is not the only issue. Decision-makers in cities need to be up to scratch with the latest technologies and understand how they might impact the way municipalities operate.To that end, UNESCO has teamed with the Paris-based observatory Netexplo, the French Ministry of Transport and four universities — the French engineering school Télécom ParisTech, ESCP Europe business school, Peking University and Shanghai Jiao Tony University — to create Netexplo Smart Cities Accelerator, a certified training program. In line with the program, Netexplo is creating a yearbook that will give an overview of the state-of-the-art technologies in use in smart cities today, as well as “Smart City Foresight,” a book published with UNESCO outlining the next generation of technologies and issues. Both books will be distributed at a meeting at UNESCO in Paris on April 18 and 19 that will gather about 1,000 city officials from around the world. Some of the conference content will be turned into an online course for city officials that would allow them to earn a smart cities management certificate from one of the four involved universities. The program will be offered in English, French and Mandarin.