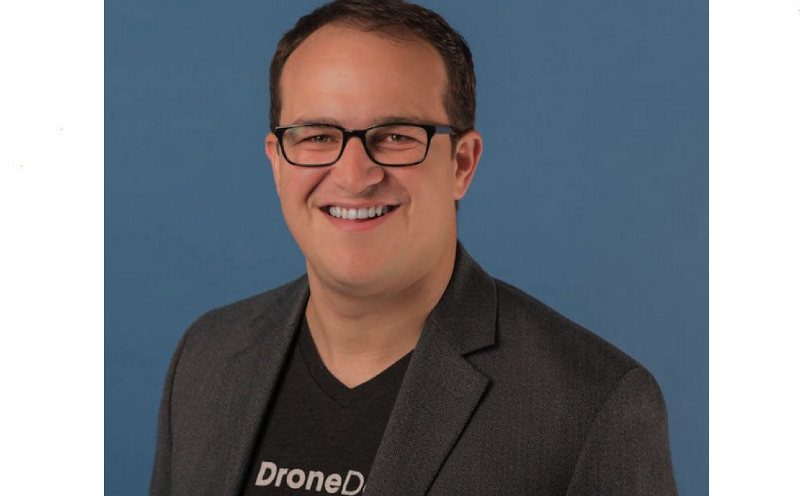 Rather than selling drones, the company has built a platform that allows users to automate many parts of the flying experience, including scheduling times and flight itineraries, data collection, mapping, and analysis. It also allows app developers to write for the platform, and partners with drone operators to connect them with potential clients.

“The future of drones is automation, but until then we still need humans and that can impact the cost,” said DroneDeploy CEO Mike Winn. “But as we collect more data, and we deploy more artificial intelligence, we can automate some parts of the process to democratize this technology.”

Founded in 2013, the founders of the San Francisco-based company felt from the start what while drones could deliver big benefits across numerous industries, the costs of many commercial models and their sophistication would keep them out of reach for many businesses. So the company set to work on finding ways to lower those barriers.

The centerpiece of that strategy is its enterprise drone mapping platform. The software works with most commercially available drones. The platform allows operators to plan automatic flights, process the data via its cloud service to create 3-D maps, and rapidly analyze data. The platform can even build real-time maps as the drones are flying.

That data can be widely accessed across various platforms and teams so it can be put to use quickly. Because many of these uses can be time-consuming and complex, users might be hesitant to use drones on a regular basis. But by simplifying the collection and use of the data, users are inclined to fly the drones more often, and thus get even more benefit from them.

And the platform has an API that allows enterprise users to build custom applications around the data and maps they create, Winn said. DroneDeploy’s App Market features a wide range of software that extends the platform into even more specialized uses, such a measuring crop damage for farmers, counting and managing cattle, and tracking the growth of plants.

Earlier this year, the company announced a partnership with DroneBase to allow smaller customers who don’t own drones to schedule flights with third-party operators for specialized, custom jobs. Dubbed “Auto Pilots,” users plan a mission on the DroneDeploy platform, and then issue a request to a pilot via DroneBase, which has a global network of operators.

DroneDeploy has now raised $56 million in venture capital since it was launched and has about 100 employees. The service has gained particularly strong momentum in the construction industry, but also works in the sectors of agriculture, utilities, and others. While the regulatory picture is still coming into focus in many countries, Winn said there is still a huge opportunity to get more people taking advantage of uses that are already permitted.

For instance, Winn noted that DroneDeploy works with partners in the solar industry, where it is helping to lower costs of inspections and maintenance while making overall operations more efficient. Those savings in turn help lower solar energy’s cost, making it more attractive and economical. Winn said that’s just one of many examples of how drones are already contributing.

“We have customers in 180 countries,” Winn said. “Lives are being saved with drones on a regular basis. And they’re starting to drive forward all these sectors that haven’t been able to leverage the technology until now.”