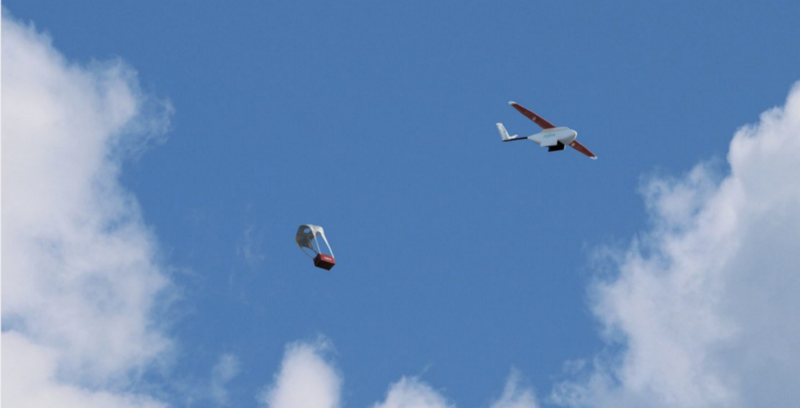 Drones aren’t just a potentially big business. They are expected to be crucial to doing business and saving lives. Their uses include last-mile delivery of goods ordered from Internet e-commerce giants, industry inspection, surveying and mapping, search and rescue, television, video and film and the delivery of urgent medical supplies. These and other potential business-use cases for drones will be a topic of discussion at the International Drone Expo during the Mobile World Congress in Barcelona, February 26 to March 1.

There are, however, several issues holding the industry back. While a single drone can capture gigabytes of data in a matter of minutes, the ability to transmit that data is currently very limited. That is where 5G — a fifth-generation wireless broadband technology that will offer speeds 10 times faster than current systems; low latency and better reliability — comes in.

5G connectivity is expected to enable a worldwide boom in drone use. Qualcomm, which makes 5G gear, predicts that the use of 5G will allow drones to help spread the Internet to areas that lack reliable connectivity. Multiple drones will be able to fly autonomously within close proximity to ensure there are no gaps in signal distribution to the ground, and self-monitoring technology will keep the fleet of transmitting drones working properly. Governments and disaster-relief organizations will use 5G-connected drones to aid in emergency efforts. Drones in the sky will communicate and share real-time data with each other and teams on the ground, increasing the speed and effectiveness of search-and-rescue missions and helping aid workers safely dispatch rescue teams, quickly estimate structural damage and debris levels, and better distribute resources.

The promise of package — or even food — delivery by drone could finally be realized in the developed world as the 5G network promises to enable a multitude of autonomous drones to safely navigate the skies.

To that end, researchers from Aalto University and Tampere University of Technology, both in Finland, say they believe 5G could be used for the efficient detection of drones. 5G base stations could act as radar system receivers, acquiring reflected signals from all types of unmanned aerial vehicles that could pose potential threats to humans, urban infrastructure or airplanes, allowing governments to prevent accidents and unauthorized flight over restricted areas.

But the introduction of 5G technology alone will not be enough to ensure the market thrives. Regulators around the world are unable to keep pace with technology developments, and managing drone traffic is no exception. But East African countries such as Rwanda are leapfrogging ahead with nationwide drone delivery services and are developing new forms of legislation, which could serve as a model for regulators in other nations.

In October of 2016, Zipline, a California drone startup, and the Government of Rwanda launched the world’s first national drone delivery service to make on-demand emergency blood deliveries to transfusion clinics across the country.

Now, Rwanda is about to become the first country in the world to adopt performance-based regulations of drones in its national airspace. The regulations were co-designed with the World Economic Forum’s Fourth Industrial Revolution Center in California and could lead the way for the safe introduction of drones worldwide. A performance-based approach allows both regulators and operators to respond dynamically to technical challenges, including ensuring the safety of the public, says the Forum. This promises to open up the airspace to more operators and applications, thereby spurring business development and social impact. “G-7 countries have already expressed interest in reviewing the data from Rwanda in order to help craft their own regulations,” says Zvika Krieger, head of tech policy at the Forum’s Fourth Industrial Revolution Center.

He points to the collaboration as an example of how the center wants to work with governments to co-design policy frameworks to govern the introduction of new technologies.

The performance-based regulations are expected to lead to a greater variety of drone operators, operations and systems in use, says Timothy Reuter, the project head of Civil Drones for Tomorrow’s Commerce at the Forum’s Fourth Industrial Revolution Center. When the Government of Rwanda partnered with the Silicon Valley-based company Zipline in 2016, it was a strategic step to pioneer the use of drones to deliver essential supplies to rural hospitals. Over 3,000 deliveries, including the timely provision of blood to hemorrhaging mothers during childbirth, have been made by drone. “Building on the success of Zipline’s blood delivery technology, we are working to nurture a drone industry,” Jean de Dieu Rurangirwa, Rwanda’s minister of information technology and communication, said in a statement. “Rwanda has put technology at the center of its economic transformation. As we look to the future, we will continue to put in place the infrastructure and policy frameworks that accelerate the adoption of emerging technologies to transform people’s lives.” Indeed, says Harrison Wolf, the drones project lead at the Center for the Fourth Industrial Revolution, it “now might be possible for operators to deliver more than just blood in Rwanda — farmers will be able to deliver flowers into logistics hubs, remote locations will be landing zones to help the fight against poachers, and new types of drones and control mechanisms will reinvent the very concept of what flight requires.” If he is right, it could help drones takeoff, not just in Rwanda but worldwide.