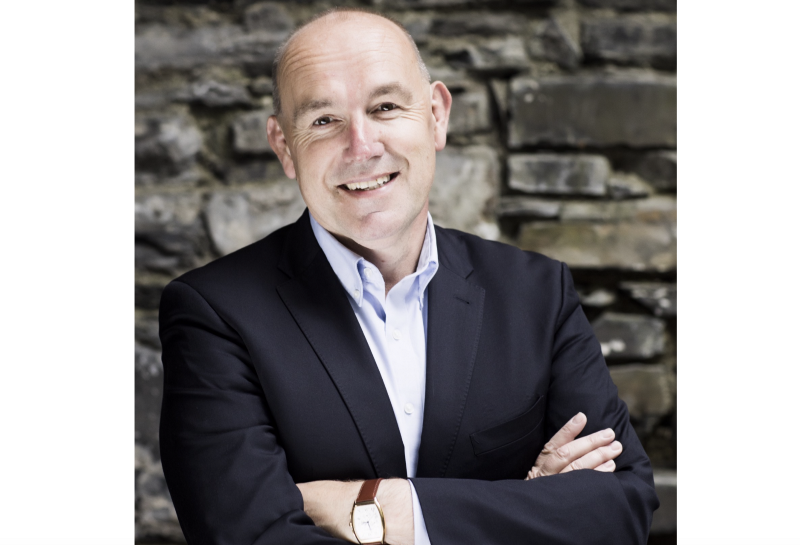 Nuritas uses artificial intelligence and genomics to help pharmaceutical and food companies discover new health products based on compounds found in nature. The startup is working with such companies as BASF and Nestle to dramatically reduce the time and cost for discovering new natural compounds that can then form the basis of new foods, drugs, and nutritional supplements.

With the cost of medical research exploding, the Nuritas’ founders believe they can help its customers meet the growing demand from patients and consumers for new substances that address their health needs.

“We take all of the old published research in the world and combine it with AI,” says Nuritas CEO Emmet Brown. “In doing so, we’re able to unlock those secrets that nature has always had hidden. It’s a very different way at looking not just at nature, but a speedier and more accurate way at looking for solutions.”

Brown began thinking more deeply about the soaring costs of research about a decade ago while working for Wyeth Pharmaceuticals. In 2009, rival Pfizer announced it has agreed to acquire Wyeth for $68 billion. It was a deal, Brown says, driven in large measure by Pfizer’s need to dramatically expand its drug discovery investments.

“They wanted to buy Wyatt because their own internal spending was not enough,” he says. “And then there was an external demand by patients to have faster access to medicines that were being discovered. It became obvious that there had to be a better way.”

Brown stayed with the merged companies for several years, but later decided to strike out on his own. He met Dr. Nora Khaldi, who had done some pioneering work on using artificial intelligence to speed drug discovery. Khaldi’s background in mathematics, molecular evolution, computational genomics and bioinformatics had placed her directly at the intersection of a number of trends that were driving the emergence of this new field.

Launched in 2015, the Dublin-based company began building a platform that could analyze thousands of research papers a day. That included writing a series of proprietary algorithms to be able to search and predict which properties in certain substances might have specific impacts on certain health issues. Nuritas has divisions focused on human health, cosmetics and nutrition. Through its work, it has identified peptides — chains of amino acids — that can be used preventatively diabetes or in the treatment of muscular dystrophy.

Brown explains that the company’s work begins by connecting with a larger corporate partner. “We act the discovery arm for major multinationals,” Brown says. “We want to impact the lives of millions of people around the world. And we couldn’t do that on our own.”

Those corporate partners have typically identified potential markets or needs that they would like to address with some kind of product. If they were to start their own research from scratch, it could take years to identify a naturally occurring compound. From there, they would still need to develop a product, test it, and in some cases get regulatory approval for marketing it.

Nuritas can take the intended target use, and then run it against its platform to identify molecular structures that it can predict with a high degree of certain would likely produce that effect.

In a partnership with BASF, for instance, Nuritas helped identify and create a product called PeptAide. Basically, PeptAide is a chain of amino acids that can help reduce inflammation. BASF hopes to turn around and market PeptAide to other product makers for things like sports bars or nutritional supplements that in turn would target athletes hoping to recover faster from workouts. The partners say the development took two years from start to commercial launch, something they estimated otherwise have taken between 5 to 7 years.

“What took years to get lead candidates, now we can move at phenomenal speed and great accuracy,” Brown says.

At the moment, however, much of the challenge lies with effectively explain the value proposition of the company. “It does take time to help them understand what we do and how we operate,” he says. “And once we get them to focus on the outcomes, and less on the technology, we started attracting major corporations.”

The more Nuritas works with partners, the faster its own process is becoming thanks to machine learning improving its prediction process, Brown says. About 4 years ago, about 20% of the peptides the platform identified as possible candidates actually produced the desired effects. That rate is now up to 60%, he says. As that accuracy increases, the company can further reduce time and costs.

Beyond the discovery phase, Brown says the company believes that its growing data and predictive abilities could eventually help speed clinical trials and regulatory approvals.

That progress has drawn some notable investors, including Salesforce CEO Marc Benioff, Ali Partovi and U2’s Bono and The Edge. Along with funding from the European Investment Bank, the company has now raised $50 million. With 100 employees, the company is now expanding in the U.S. and Asia as it looks for new partners.

“The reality is that nature has many of the answers,” he says. “It’s fun to be going out and finding them.”