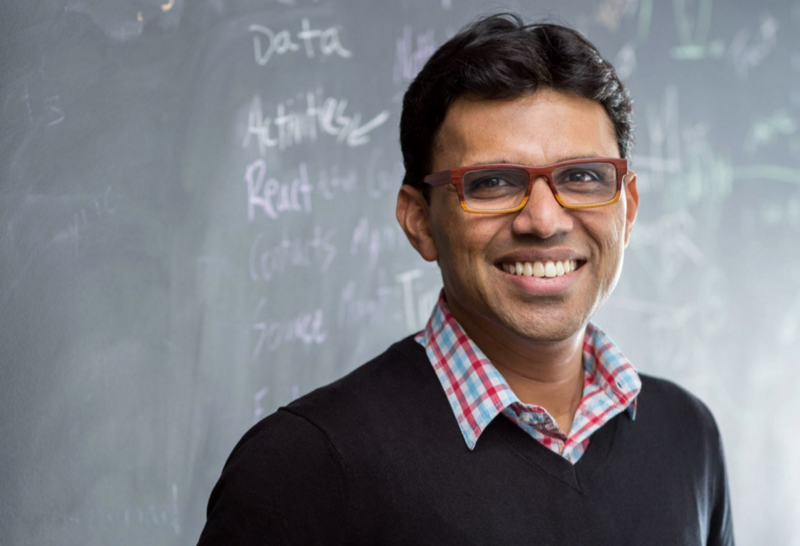 Tact.ai has built a conversational platform for sales teams that can be controlled using voice, chat, or text messages. By making personal assistants more broadly available and easier to use, the startup aims to let sales people use their voice to automate daily administrative chores so they can spend more time focused on their core job.

The company is part of a broader movement to use artificial intelligence, cloud-based platforms, and natural language processing, to revolutionize antiquated software systems used by enterprises. The goal is to make them as simple and intuitive as the gadgets and platforms designed for consumers.

“Our goal is really to augment a salesperson and what they do in their daily life,” says Tact.ai founder and CEO Chuck Ganapathi. “And to us, that’s an important mission. Because the only way a sales person can make more money for themselves is if they spend more time in front of customers.”

Founded in 2012, Tact.ai is based in Redwood City, CA. Ganapathi is a veteran of Silicon Valley’s evolving enterprise software landscape. He formerly worked at Siebel, one of the original developers of Customer Relationship Management software, which was later bought by database giant Oracle. Ganapathi later moved to Salesforce, which pioneered cloud-based CRM.

Those two companies encompass two fundamental computing generations. The first made classic software that runs on a PC and server. The second hosts its service in a distant data center and is accessible on a wide range of devices. But during his time at Salesforce, Ganapathi says he began to see early signs of another shift in computing architecture which would push more intelligence and processing out to those devices themselves, a trend dubbed “edge computing.”

“Now the computer is not just an object that sits on your desktop,” says Ganapathi. “The everyday devices you use at home and the office, all of these devices are becoming computers. And that’s revolutionizing what computing means in our everyday life.”

At the same time, companies were making massive leaps in the accuracy of natural language processing. Consumers were introduced to Apple’s Siri in 2011, and later the Amazon Echo powered by its Alexa virtual assistant, essentially get them comfortable with voice interfaces. The Amazon Echo, powered by Alexa and debuting in 2014, was one popular example of more popular edge devices that used voice-enabled interfaces, Ganapathi says.

As a starting point, Tact.ai decided to focus on the challenges sales teams face using CRM systems. The CRM industry is one of the fastest growing segments of enterprise software, estimated to be worth $50 billion in 2020.

But while he had spent his career working on CRMs, Ganapathi says he is painfully aware that salespeople often resent them. Such systems provide rich data, insight, and efficiencies to managers. But they also require salespeople to spend hours inputting and updating data about meetings, calls, conversations and every possible customer interaction.

In addition, for salespeople who are constantly on the move, having to stop to send and respond to emails, schedule meetings, search for documents, or access at CRM to get the information they need is a time killer, Ganapathi says. The Tact.ai platform allows those sales people to do all those things using voice or simple text commands.

In this video, Ganapathi demonstrates how it works: