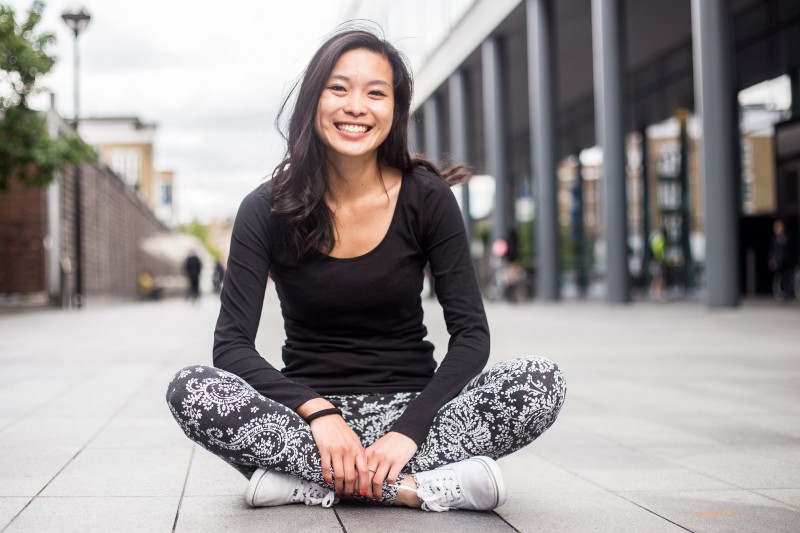 Sparrho has built a platform that uses artificial intelligence to sift through the massive volumes of data generated by published researchers. While its goal is to make all scientific knowledge more accessible its business model is now based on helping companies better transmit information to clients.

Sparrho’s service is a chance for pharmaceutical companies to change the way they market drugs to doctors. Currently, sales people show up at doctors offices with brochures promoting drugs, but don’t offer a lot of data. Sparrho’s tool helps doctors obtain the information they need to make decisions about drug treatments, says Sparrho co-founder Vivian Chan. The U.K. based startup says it has helped a global top 10 pharma company convince 20% of healthcare professional to return to their portal weekly.

“The spread of scientific information is quite slow,” says Chan. “It’s limited to the people who read it. And we know that often doctors don’t have a lot of time to read.”

Back in 2007, Chan was working for Australian venture capital firm Uniseed, helping to scout and research biotechnology startups. The fund backs pre-seed and seed stage ideas coming out of several Australian research universities. But even with a scientific background, Chan says she found it difficult to stay current.

The same was true when Chan began pursuing a PhD in biochemistry at the University of Cambridge in the U.K in 2008. Even there, with the access to archives and subscriptions to scientific journals, managing the flood of advances in her field was a chore, she says.

She was thinking about this challenge when she was selected to join an advisory panel created by the British prime ministor to address issues related to entrepreneurship. It was there she met, Niluka Satharasinghe, whose specialty was machine learning.

Together, they founded Sparrho in 2013. The goal was to build a search and personalized recommendation engine to help people stay on top of various developments.

The first few years the company was focused on an augmented intelligence engine. This tool pulled in research data and articles and then produced a curated summary designed to be relevant to a particular field.

More recently, the company has begun focusing on how to distribute that information. The result is a B2B model aimed at a wide range of companies. In the case of the pharmaceutical market, Sparrho partners with drug makers who can then use the platform to offer a data service to doctors.

Chan says the system helps make doctor’s more efficient by distilling the information they receive. If there is a study or topic that catches their interest and they want to know more, they can request a deeper summary that is generated by humans working at Sparrho.

The approach helps pharma companies reach doctors digitially . “ As part of that platform, Sparrho offers a range of way information can be distributed, including social media channels, email, and messaging apps. As doctors find information, they can also get access to the underlying studies.

Eventually, Sparrho believes its tool can be used across any research discipline to manage massive amounts of knowledge, Chan says.

Currently, the company has 15 employees and has so far raised $3 million in venture capital. Chan believes the company is hitting its stride at just the right moment, when there is a growing desire among professional and consumers for verified information from trusted sources.

“That’s especially true in this fake news era,” she says. “People will care more about where they get their information from and the sources behind it.