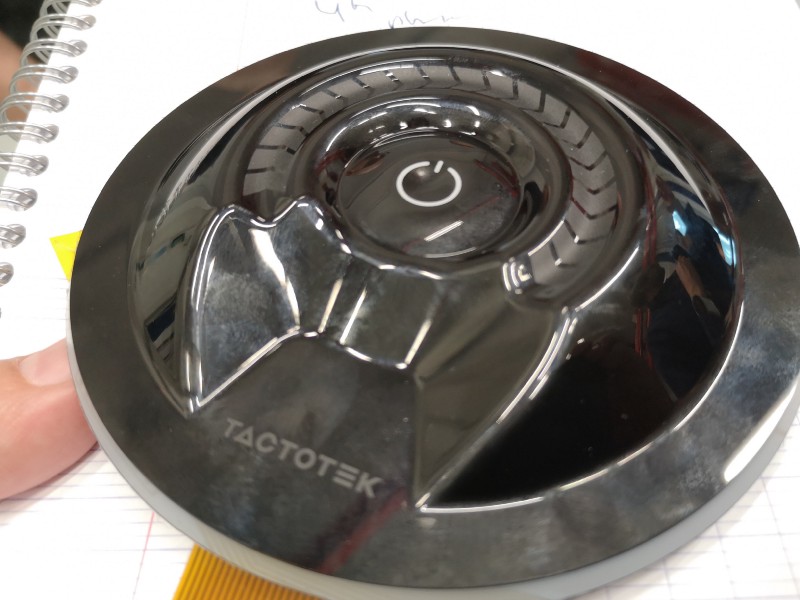 TactoTek has developed a method of 3D plastics printing that fuses electronic functions into the surface of objects, allowing just about any material to be transformed into a user interface without the need of buttons or other traditional controls. The breakthrough design has been rapidly adopted by the automotive industry but TactoTek has broader ambitions to bring its manufacturing process to just about every category of connected object.

In February 2018, the company raised $23 million in venture capital. TactoTek CTO and Co-Founder Antti Keranen says the main challenge is raising awareness across different industries that practically any design or object can now also be a user interface.

“We are making plastic parts that are thin, 3D, and lightweight and that include the functionality,” says Keranen. “So the box is no longer separate from the functionality. The process is very different. And it’s going to take time for people to learn it and understand it.”

TactoTek was founded in 2011 and is based in Oulu, Finland. The company has develop a manufacturing process called “injection molded structural electronics” or IMSE.

The first two parts of the company’s four-step process involve using fairly standard electronic printing methods that create two-dimensional sheets with circuits imprinted on them that look like this:

That sheet then undergoes a process called “thermoforming” that allows it to be shaped into a three-dimensional design. To use this process, the plastic, materials, and circuits that had been printed need to be able to stretch and withstand the heat. The result then looks like this:

From there, the component undergoes injection molding that lets it be covered in a wide variety of materials, including wood or plastic:

What makes that final component interesting is that it is indeed a single piece. There are no other moving parts, no need to assemble other pieces, nothing movable that could break later and need to be replaced. And it’s typically far lighter than a standard component.