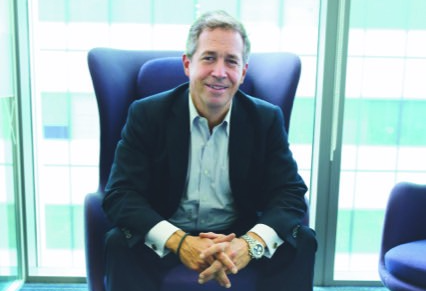 Spencer Lake, a veteran banking executive, currently invests in technology startups and holds a number of advisory and main board positions at technology companies. Lake, who worked in the banking industry for 29 years before retiring in 2016, most recently worked at HSBC where he ran global businesses for 10 years: Debt Capital Markets and Leveraged and Acquisition Finance from 2006 to 2010, Global Markets (FICC, Equities, and Research) from 2010 to 2013, and Capital Financing (Lending, Financing, Advisory, and all other investment bank products) from 2013–2016. He was made a Group General Manager in 2012, chaired HSBC’s Climate Business Council from 2014–2016, and was named Vice Chairman of Global Banking and Markets in 2016. Prior to HSBC Spencer spent 17 years at Merrill Lynch in senior roles in New York, Hong Kong, and London and worked in JP Morgan‘s real estate investment banking division from 1987 to 1989.

Q : What do you see as the biggest challenges facing banks ?

SL : The biggest issues are legacy technology platforms and developing end-to-end customer-centric solutions with the right kind of speed and the right kind of content that people want today. Most of the regulations, such as Dodd Frank [The Dodd–Frank Wall Street Reform and Consumer Protection Act which was signed into federal law by U.S. President Barack Obama in 2010] or PsD2 [the EU’s 2018 Revised Payment Service Directive which ended banks’ monopoly on their customers account information and payment services ] are oriented towards bank transparency rather than speedy propositions solving for customer needs. I think that is more apparent now than it was eight or nine years ago. Back then the norm was big tech budgets principally used to run the bank rather than to change the bank. The majority of tech budgets were used to operate the bank’s existing operations and 25% was used in fact to deal with regulatory change, not digitizing. We were all focused on regulation as opposed to the customer journey. So now banks are in an awkward position where they still have a lot of legacy systems, and as the recent FinTech wave has matured, a large number of new point solutions to solve regulatory issues. In hindsight banks should have taken that spend and, with a future digital state in mind, used it to find a better model that also solves for the customer journey and have asked ‘What should a customer-centric bank look like ? ‘

SL : Every bank is now talking about the customer and the customer journey, They are in the process of trying to understand all of their customers’ requirements while at the same time ripping out old systems. There are four categories of digital banks today. Some traditional banks are creating what I call digital sidecars with the same or different branded names, but often the same people. Others are starting digital banks from the ground up with new brands, new teams, and new energy, this seems like a logical success story but it is a question of speed and execution. Then there are banks that are trying to do everything themselves internally, thisis obviously complicated and it will remain to be seen how this will really work; and then there are the challenger banks that are by definition the most customer centric thanks to new tech stacks products that are very focused, with the risk they don’t have all of the necessary products and / or capture enough customers. The opportunity is for banks to change how they approach their packaging. This whole concept of trust, which had been the mainstay of banks before the crisis, if they can get it back and become the administrator and custodian of digital identity, they could do a lot with overall wealth and banking needs. That could offset the competition from the challenger banks.

Q : Which market trends do you think will have the most impact on banks?

SL : Digital identity is one of the big mega trends. It will become more and more relevant as fraud and financial crime become more prevalent. B2B marketplaces, such as the one recently launched by Amazon, is another thing to watch. Creating a B2B network within one customer base is an important area of opportunity for banks. A handful of products define the success of most of the big banks in the world, including trade finance and foreign exchange. If they can develop speed and execution they have the ability to serve as a B2B marketplace. Banks do have all the raw ingredients that are important, including large networks of appropriately KYC [Know your customer] corporate customers with vast arrays of products and services. You have a natural marketplace right there and you can figure out a way to service that by allowing customers to stay in the ecosystem to do all of their transacting. When you look at emerging B2B marketplaces it sounds to me like they are going to compete with banks but they do not have KYC, AML and bank-grade cybersecurity. If banks can additionally provide customers with an identity cushion all of a sudden banks can connect global marketplaces together for businesses. If banks don’t do it companies like Amazon will. It is an exciting but also potentially threatening dynamic. The other areas that is clearly threatening is messaging services like WeChat that allow you to do anything from their network, including payments and loans. It looks like Facebook is aiming for this area too. It’s recent announcements about trust, privacy and the ID elements are quite telling. Banks need to do the same thing but this poses a big challenge because their ecosystems are not broad enough. That said, banks have a big universe of users and by definition if you marry that with a big universe of products and services and do the same on the B2B side then banks have both ends of it covered. This is why banks are putting in place platforms so they can be as agile as the new tech titans and reduce the number of systems and better homogenize the data and get more insights.

Q : What is your advice to banks ?

SL : Business oriented technologists have to pay a more major role in designing the future of banks rather than having disparate worlds of tech and business strategy with different interests and biases. Increasingly a different sort of profile in the leadership of these banks will be needed to compete with technology platforms moving into their space. I also think they have to speed up decision-making processes because there are too many people involved and that makes it hard for tech people to sell to them. And a lot of banks still feel they can build rather than buy. While that is appropriate in certain areas by definition tech platforms are hiring the best and brightest who are motivated by a greater value proposition than the bank can offer. And banks need to keep in mind when they build something it becomes legacy almost overnight if do not continue to innovate. While the banks should not outsource everything they should definitely buy the best technology.