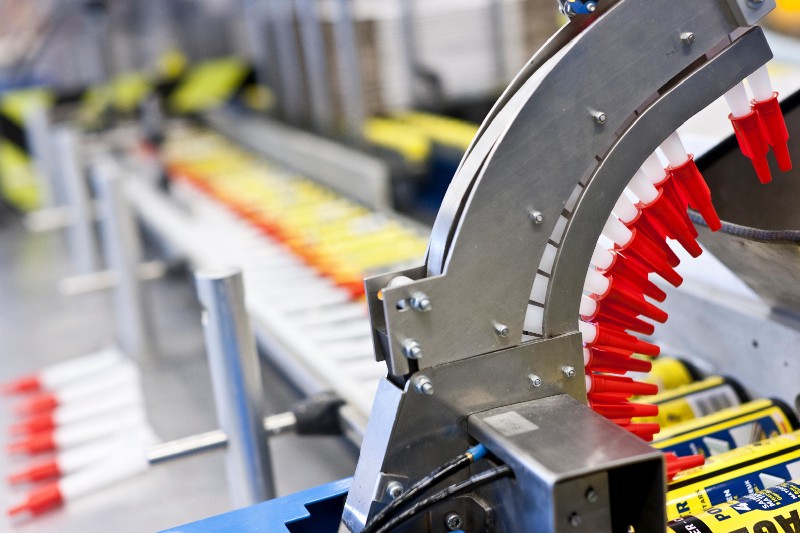 In Silicon Valley it is sometimes hard to differentiate the venture capitalists from entrepreneurs. Both often wear hoodies and Allbirds sneakers and are obsessed with what’s trending. That’s not the case at Henkel Ventures, the venture capital arm of the 142-year old German conglomerate, which specializes in adhesives, laundry and home care and beauty products.

It all depends on one’s perspective. In the movie about the making of Facebook the character based on American Internet entrepreneur Sean Parker famously says “« You know what’s cool ? A billion dollars.” »

The adhesives business unit, which makes adhesives, sealants and functional coatings for consumers, craftsmen and industrial applicaitions, reported revenues of €9.38 billion in 2017, representing 47% of Henkel’s total company sales. And Bajav’s mandate is to build new businesses in advanced materials for the adhesives business that could have a turnover of hundreds of millions of euros in five to eight years.

To feed those efforts with the right technologies Henkel Adhesive Technologies conducts its own R &D but is also reaching out to universities and startups. When Bavaj first starting interacting with entrepreneurs in early 2014, “I was impressed about how scientifically savvy the people in the startups were,” he says. “They were doing things that we would never be able to do ourselves.”

Henkel created its own company-wide venture fund in 2016, setting aside a total of €150 million euros for direct investments by all of its business units between 2016 and 2020. As a first step, Henkel invested in the following venture capital funds: China Materialia, which specializes in investing in advanced materials startups in China and adjacent Asian markets; Emerald Technology Ventures, which has offices in Zurich, Switzerland and Toronto, Canada, and focuses on industrial innovation, including advanced materials;, Pangaea Ventures, an advanced materials fund which has offices in the U.S. and Canada; and Firstminute Capital, a pan-European seed fund.

Through these four funds Henkel’s adhesive business has access to 2,500 startups. “We check which ones are strategic to our core business, usually around 200 per year, and we do detailed evaluations of 50,” says Bavaj. So far Henkel Adhesives Technologies has invested in five startups.

Among them is Israel’s Copprint Technologies, which is in the field of printed electronics, one of the key areas in which Henkel Adhesive Technologies is searching for innovations. Copprint, an advanced materials start-up, has developed a novel technology for producing conductive copper inks that has the potential to replace silver-based ink methods and provide substantial cost benefits for a variety of printed electronics applications. Based on the increasing demand for printed electronics, the market for conductive inks is projected to reach $2.8 billion by 2020, according to a recent IDTechEx research report. Copper-based technologies have the potential to significantly reduce costs. Today all solutions are still silver-based due to technical challenges such as copper oxidation and expensive production processes.

“Copprint have found a way to switch from silver to copper inks,” says Bavaj. “Silver is super expensive so if you can incorporate copper-based tech you can substantially lower the cost of ink.”

Copprint has demonstrated that its copper ink can be applied without oxidation and it has already achieved technical product qualifications for printed RFID (radio frequency identification) antennas. Such antennas are part of RFID tags that use electromagnetic fields to automatically identify and track objects such as products moving through a supply chain. Copprint says its printed RFID antennas offer significant advantages in costs and sustainability compared to other existing methods. In addition to RFID and near field communication (NFC) antennas, its technology has the potential to be used in a broad variety of applications such as 3D printed electronics, wearables and smart clothing.

“The applications are huge,” says Bavajjav. “For example, this new type of ink could be used for printing electronics systems used in next generation photovoltaics, allowing us to enter into market segments that were not available to us before.”

When Henkel takes equity stakes in startups it usually takes less than 20%. “Startups that accept money from Henkel expect something else beside the money,” says Bavaj. “They want access to our footprint, our brand, our market channels and our customer base.”

Henkel Adhesive Technologies is well-positioned to help the startups it works with to scale, says Bavajv. It has 6,500 technical sales people on the ground and hooks into big industries such as automotive. “Very often large automotive OEMS are reluctant to embrace cool tech from a young startup because they are afraid the company could disappear in a few months time,” he says. “But if Henkel is behind the company as an investor it gives big clients some sort of security. This is why our brand is so important for them.”

Henkel Adhesive Technologies only invests in an operating company if there is sign-off from a relevant operating unit. “We always involve them in evaluating a startup because they need to provide the resources to help the startups scale up,” he says. “If they are not excited about a particular investment it won’t work.”

When the unit works with startup companies “we work as closely with them as necessary and as loose as possible,” says Bavaj. “We don’t want to tie them too tightly to Henkel because we recognize that they have their own business and their own way of working. The point is we want to support them but if we interfere too much it will be the end of that startup company.”

The unit does not always take equity stakes. It has collaboration agreements with some 35 startups. “Some of them are not looking for money and it is more about rolling their products out to our customers or really jointly developing a new technology,” he says.

Regardless of the arrangement, he says the goal is to develop new lines of business for Henkel Adhesive Technologies out of startups’ technologies that look poised to be profitable and stick.

EXAMPLES OF STARTUPS WORKING WITH HENKEL

WHAT IT DOES: A copper-based ink platform for printed electronics.

WHAT IT DOES: Nanoparticle-based coatings that can be used for a variety of applications, including flexible film and glass.

WHAT IT DOES: Nano-materials that can repel water and oil on a variety of services such as glass, plastics, leather and fabrics.