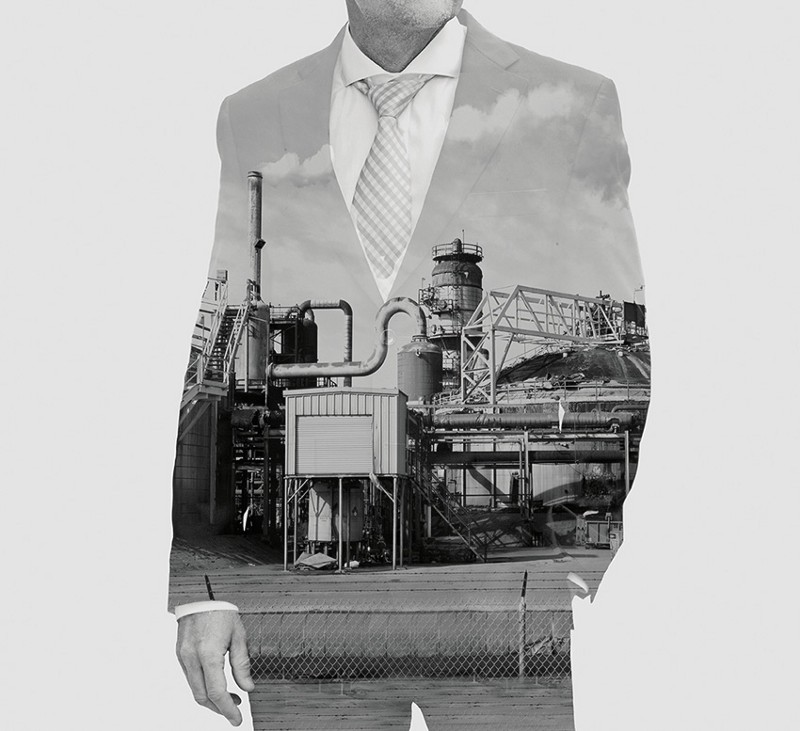 Haier, a Chinese home appliance manufacturer, has linked its consumers and suppliers in a mass customization platform that automates each step of production.

The automated process allows a customer to personalize orders for appliances such as washing machines or refrigerators then, designs the specifics, calls for relevant components from the suppliers, manufactures the appliance as the parts arrive (there are no warehouses), delivers it to the end-user, and arranges for monitoring and service when it is in use.

Fourth Industrial Revolution technologies, such as robotics, Internet of Things (I0T), artificial intelligence (AI), augmented reality (AR), robotics and additive manufacturing, are spurring new techniques and business models that are fundamentally transforming the global production systems that have traditionally served as an engine for growth and innovation in economies around the world.

Capgemini projects that smart factories have the potential to add $500 billion to $1.5 trillion in value to the global economy within five years. And nearly every manufacturing vertical including cars, home appliances, consumer goods, electronics, apparel and pharmaceuticals will be impacted.

Here is a glimpse of what the future holds :

The roles of man and machine are changing. For years robots used in factories were stationary and set apart in cages to protect workers. Now they are working side by side by with humans.

To keep up, humans are acquiring some new super powers. Workers who used to have to follow long, complicated paper-based changeover instructions can now work more efficiently when because they can see each step projected onto a surface using AR technology. And exoskeletons are being tested to reduce worker injury and increase productivity. For example, Ford Motor company is deploying them at 15 of its factories around the world.

Nonetheless, robots are replacing humans in some warehouses and factories. Clothing manufacturer Uniqlo recently replaced 90% of its employees at a warehouse in Tokyo’s Ariake district. The robotic system is designed to transfer products delivered to the warehouse by truck, read electronic tags attached to the products and confirm their stock numbers and other information, according to press reports. When shipping, the system wraps products placed on a conveyor belt in cardboard and attaches labels to them. Only a small portion of work at the warehouse needs to be done by human employees.

Meanwhile, Chinese phone part maker Changying Precision Technology Company has created an unmanned factory. Everything in the factory — from machining equipment to unmanned transport trucks to warehouse equipment — is operated by computer-controlled robots. The technical staff monitors activity of these machines through a central control system, according to a CBInsights report. Where it once required about 650 workers to keep the factory running, robot arms have cut Changying’s human workforce to less than a tenth of that, down to just 60 workers. A general manager for the company said that it aims to reduce that number to 20 in the future, the report says.

Moving From Factory Floor To The Consumer’s Door

The factory floor is not the only thing that is changing. The way products get to market is also being transformed. On-demand decentralized modular equipment and custom machines like 3D printers are enabling manufacturers to handle increasing demand for personalized products while and enabling them to move production nearer to consumers. Blockchain, an immutable digital ledger technology, is easing the complexities of integrating suppliers and making the supply chain more transparent, helping businesses like Walmart to more quickly identify problems and avoid recalls. It is also helping gives consumers a means to gain quality assurances, building brand trust. And autonomous ships, vans, trucks and drones are changing last mile delivery.

The Shift To Outcome-Based Services

As if all of these changes were not enough, manufacturers are increasingly expected to move from providing products to providing outcomes, says Eric Schaeffer, Senior Managing Director and Head of the Industrial Practice at Accenture. For example, Michelin, one of the world’s largest tire manufacturers, has shifted its business model from selling tires as as a product to a service guaranteeing performance. It works like this : Michelin places IoT sensors inside trucks to collect data, like fuel consumption, tire pressure, temperature, speed, and location. This data is then processed in a cloud solution and analyzed by Michelin experts, who provide recommendations and training in eco-driving techniques . By encouraging the right handling of the truck equipment, the company can help truck fleet owners reduce fuel consumption byof 2.5 litres per 100km, representing annual savings of €3,200 for long-haul transport travelling over 120,000 km, which works out to reducing total cost of ownership at least 2.1% reduction in total cost of ownership and 8 tons in CO2 emissions by 8 tons. The service helps Michelin achieve higher customer satisfaction, increase loyalty and raise EBITDA margins, according to a World Economic Forum report.

Other manufacturers are starting to sell uptime, i.e. a guarantee that the product sold will be up and working a certain amount of time. If it does as promised the customer will pay an agreed upon price. If it doesn’t the manufacturer pays a penalty.

Delivering such outcomes will require new levels of collaboration across an ecosystem of business partners, bringing together players who combine theirproducts and services to meet customer needs, according to a Forum report prepared with Accenture. Software platforms are expected to emerge that will better facilitate data capture, aggregation and exchange across the ecosystem, helping manufacturers create, and monetize new products and services. The big winners will be platform owners and partners who can harness the network effect inherent in these new digital business models to create new kinds of value, the report says.

A number of other issues still have to be resolved. Cybersecurity remains a serious concern. As machines operating critical infrastructure become connected they become more vulnerable to cyber attackescyber attacks.

And a majority of manufacturers have stalled in their efforts to embrace Industry 4.0 technology. A study conducted by the World Economic Forum found that over 70% of manufacturers investing in technologies such as Big Data analytics, artificial intelligence or 3D printing do not take projects beyond the pilot phase due to unsuccessful implementation strategies.

That is why the Forum is building a network of experts to help, says Helena Leurent, Head of Future of Production at the World Economic Forum.

Concluding a year-long study with McKinsey, the Forum named the world’s nine most advanced factories in September, recognizing the strides the winners had made in embedding Industry 4.0 technologies. Haier’s factory in Qingdao, China was among the winners, as were two other factories in China. A network comprised of the winners was officially launched in September. They have all agreed to share their knowledge with other manufacturing businesses.

The manufacturing industry could use the help. “« There is a reason for the pilot purgatory,” » says Enno de Boer, Partner and Head of Global Manufacturing at McKinsey. “«It is literally the complexity they are facing. When you try to move to Industry 4.0 you are immediately confronted with 10 or 12 different technologies that you need to master, from IoT to robotics and AI all the way to blockchain. You not only need to be at the forefront of the art of the possible, in order to drive impact you need to go beyond the technologies and think in use cases. Typically you need 15 to 30 use cases in a single factory. We have clients with over 200 factories so then you have to multiply that. The process gets bogged down because senior executives decide to start by experimenting so “« they say ‘ let’s do robotics, let’s do a proof of concept around machine learning’ and so on,” » says Schaeffer. « To cover the entire field you could do this forever. »

Manufacturers need to develop a strategy for digital and figure out how they want to tie it to their business, then put the right architecture and skill sets in place. “« I would say manufacturing is the hardest spot on earth, if you want to put together all the technologies — IoT, AI, robotics — all the disciplines and get them all to work seamlessly with your system, » says Schaeffer.

That said, « there is a lot of cutting edge stuff to be done in manufacturing, » that can interest top talents such as data scientists and systems engineers, he says. It is up to management to create the right kind of environment to attract and keep the right talent. They will not be able to do it all externally, he says, so they will have to build the existing skill sets of their employees and teach them new skills.

« If I have one message it is CEOs really need to understand this, take it seriously and stop tiptoeing around with pilots, » says Schaefer. « It is time to move forward. China is embracing the Fourth Industrial revolution faster than other regions and the gap is getting bigger. »