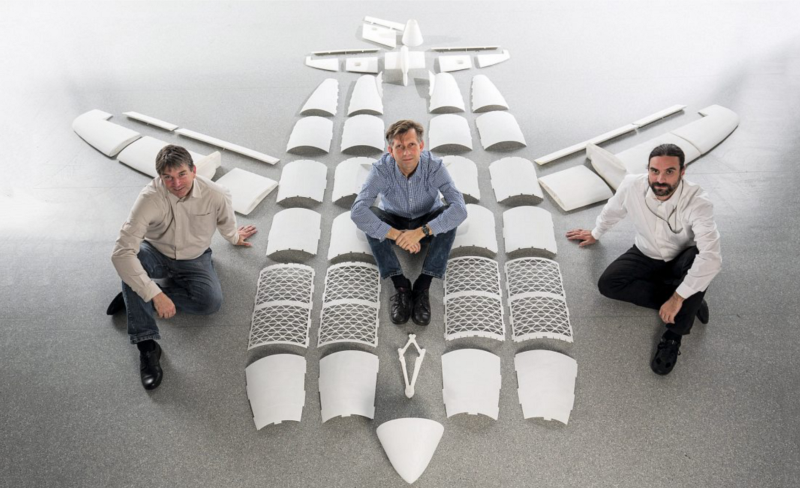 The technology is being used to manufacture everything from orthodontic devices to cars and rocket engines.

Demand is particularly strong in industries such as medical devices, automotive, aerospace, defense and heavy industrial equipment. Align Technology, the orthodontic company that makes Invisalign aligners and retainers, a popular alternative to braces, manufactures every unit using a 3D printing process. Last year Local Motors, a design startup, began 3D printing its self-driving shuttle Olli at its Knoxville microfactory. The company says 3D printing will cost half as much as traditional production while allowing it to customize each shuttle to fit the needs of customers. SpaceX, founded by Silicon Valley entrepreneur Elon Musk, has created the engine chamber for its SuperDraco rocket by 3D printing it from an alloy that combines nickel and iron. The company said 3D printing allowed it to dramatically reduce the time from designing to manufacturing the chamber. At the more fantastic end of the spectrum, the European Space Agency has announced it will create a village on the moon by placing 3D printers there to “print” the various structures.

The Prospect of Lower Cost, Greater Flexibility and Imaginative Designs

3D printing has existed in some form for decades. Using plastics, resin or metal, a machine reads a computer-design pattern and places layer upon layer of material to create a three-dimensional object. As early as the 1980s, large companies were turning to costly industrial 3D printing for prototyping. Later, in the ’90s, 3D printing allowed mass customization of items such as hearing aids.

Over the past decade advances in material science and design software, coupled with the falling cost of tools to power industrial printers, have put the technology within reach of more corporate customers. The draw is the tantalizing prospect of lower costs, greater flexibility and customization, and imaginative new designs. Manufacturers eager to transition to industrial 3D printing still face barriers such as material limitations, regulations, and a lack of awareness among industrial designers. But producers who are among the first to find ways to overcome those challenges could gain a major manufacturing advantage in the years to come. “When using it correctly, 3D printing can save money, reduce time to market, and result in higher quality products,” says Wohlers Associates President Terry Wohlers. “Using it for production volumes can result in new types of products and businesses.” The opportunities inspired the Obama administration to make additive manufacturing a critical part of the $1 billion plan announced in 2016 to revitalize the American manufacturing economy. That initiative included creating the National Additive Manufacturing Innovation Institute (NAMII) in Youngstown, Ohio to encourage further development of and investment in this technology. But a growing number of private industry players are making sizable investments on their own.

Aeronautics giant Airbus has even created a position called Innovations’ ALM (Additive Layer Manufacturing) Roadmap Leader to spearhead its aggressive efforts, which include opening a material research laboratory near Munich that focuses in part on additive manufacturing.

Since that lab opened two years ago, Airbus has outfitted one of its airplanes with a titanium 3D-printed bracket in the section between the wings and engines. It has also installed several other 3D printed products in various planes. The company’s Defense and Space Division in the U.K. has developed aluminum 3D printed components for its satellites. And APWorks, Airbus’ 3D printing subsidiary, has even built an electric motorcycle, called Light Rider, made primarily from 3D-printed components including hollowed frames that are super strong and lightweight. More widespread 3-D printing could massively reduce wasted material, generate big fuel savings with lighter aircraft and vehicles, and reduce the cost of replacement parts which could be created on-demand rather than built in bulk and stored. “There are about 1,000 parts manufactured within an aircraft,” says Gartner analyst Pete Basiliere. “It really adds up.”

GE has also invested heavily in additive manufacturing, pumping a reported $1 billion into projects that span its business lines. One notable initiative is a project to design 3D printed replacement parts for nuclear power plants. In 2016, GE Hitachi Nuclear Energy was selected by the U.S. Department of Energy to spearhead this $2 million project. Fran Bolger, GE Hitachi’s Manager of New Product Introduction, says the nuclear group will try to take advantage of additive manufacturing already used in the conglomerate’s other businesses. With the nuclear project though, any new 3D printed part would have to be reviewed by energy regulators before it could be deployed. Still, optimism about 3D printing runs high at GE. “We have to find the right opportunities and the right level of cost,” Bolger says. “The more complex the part is, the more savings you can potentially get. There is work to be done in terms of qualifying the material in a highly regulated industry. But we’re starting to think about applications where we can deploy it.”

An Opportunity for Startups

The surge in additive manufacturing has attracted a growing number of entrepreneurs who are tackling issues like developing printers for different industries, as well as new materials, services and design software. “When we started in 2013, we felt 3D printing was an amazing technology,” says Stephan Kuehr, CEO of 3Yourmind, a Berlin-based startup. “But the tools you needed to access the printers were way too complicated.” The company, which has created a platform to streamline 3D from the design stage to analyzing materials and powering the printers, has raised $13 million in venture capital. Industrial 3D printing startups have attracted $1 billion in venture capital across 133 deals since 2013, according to research firm CB Insights. A large chunk is coming from corporations. GE Ventures, for instance, has made six investments while its corporate parent has acquired three related startups. BMW invested in 3D printing startups Desktop Metal, Carbon and Xometry. Siemens, the Germany-based industrial giant, has also been active, investing in startup Markforged and acquiring Materials Solution.

Siemens’ and Henkel’s Roles in the Market

Siemens sits at an interesting crossroads in the additive manufacturing movement. While the company sells a wide range of software and services, including additive manufacturing solutions, to other manufacturers to help them reinvent their factories, Siemens also uses additive manufacturing across a wide range of its own businesses. The company announced earlier this year it was investing $35 million in a new manufacturing facility in the U.K. focused on materials solutions. The facility will produce components for aerospace, automotive and other industries. Yet Siemens still has plenty of challenges, says Heinz Neubert, who oversees additive manufacturing there. The skills needed to design and conceive of 3D-printed products are still in short supply. So Siemens created an internal design lab to help different divisions navigate the development process. Neubert notes that the technology is advancing so rapidly that adapting and staying current represents a major challenge for manufacturers accustomed to evolutions that took decades.

“Every year the machines are changing a lot,” he says. “You’re not talking about drilling machines which might remain the same for years. In additive manufacturing, there is a tremendous amount of innovation happening right now.” Other industrial players remain worried about the initial costs involved, unsure if the promised savings or design breakthroughs will really materialize. The sprawling range of software, machines and materials can also seem daunting. And Gartner’s Basiliere said there is still a limited choice of materials that can be used in additive manufacturing. To address that, Henkel, the German chemical and consumer goods giant, earlier this year announced new 3D Printing material solutions for industrial manufacturing. The materials, such as acrylic, silicone, epoxy and polyurethane adhesives, will increase the possible uses for additive manufacturing. The company is also working to create customized materials for customers’ specific needs.

For Pat Dunne, vice president of advanced application development at Rock Hill, South Carolina-based 3D Systems, this frenzy of activity and interest in additive manufacturing is the realization of a dream. Founded in 1986, 3D Systems was a true pioneer of 3D printers. Today, it provides additive manufacturing systems used to produce artificial teeth, dentures, orthodontics, race car parts, replacement components for vintage autos, and even some parts of the Mars Exhibition Rover. For now, Dunne says his biggest challenge is educating industrial clients about the potential. “As more and more designers become aware of the capability to use this to engineer products in a new way, that’s what’s really going to drive adoption,” he says.