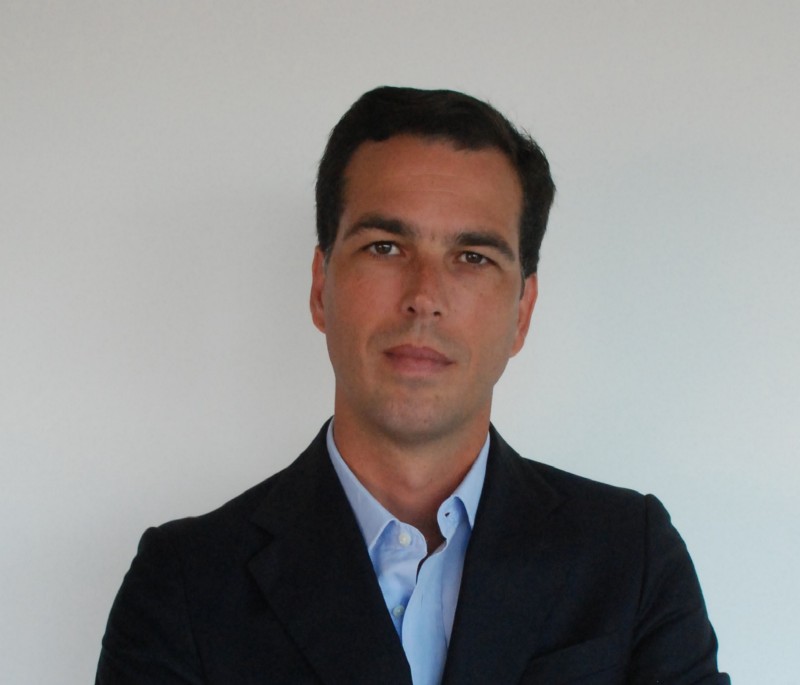 Tomás Moreno is head of special projects and an advisor to the Board of Directors at EDP Innovation, a unit of utility Energias de Portugal (EDP), with responsibilities ranging from the development of partnerships to the sourcing of innovative smart energy solutions. He is also a founding member of Free Electrons, a global alliance originally formed by eight energy utilities to build an international startup accelerator program. The ten utilities that currently participate in Free Electrons cover 76 million customers in 40 countries and have a combined turnover of $163 billion.

Moreno, who previously worked at Accenture, Portugal Telecom, the strategy consulting firm Oliver Wyman and as a deputy to Portugal’s Secretary of State to the Prime Minister (XIX Constitutional Government), recently spoke to The Innovator about how Free Electrons works and why it makes sense for utilities to collaborate on the search for new business models and technologies.

Q: Why was Free Electrons created?

TM: Utilities around the world are facing a series of disruptions or challenges and they are all trying to find solutions or ways to face these. The thinking was ‘why not work together in a way that could have maximum global reach and attract the most cutting-edge startups in smart energy with a view to accelerating the integration of their technology into the utilities businesses’?

Q: What about utilities’ own startup programs?

TM: EDP has many years of experience working with startups from the incubation phase to venture capital and we continue to work on all these components but we realized there could be significant benefits to working together to spread a wider net. An important part of the project’s success is that the Free Electrons partners don’t compete. On a retail level our businesses are geographically dispersed so this allows for knowledge sharing and synergies.

Q: How does Free Electrons work?

TM: The first program was launched in 2017 and we are about to close the second in Berlin. A legal entity was set up in California for logistical purposes but for now the group is a consortium working under a Memorandum of Understanding. Free Electrons is, in and of itself, a startup and as we grow we are deciding what organizationally the next steps should be. Given the international nature of the program we have no physical office. Instead we operate as a virtual program with modules held in locations around the world. Each program lasts for a period of six months. During that time the startups come together in three physical modules. The locations vary since the utilities take turns hosting. In 2017 we selected 12 startups and hosted modules in Lisbon, San Francisco and Singapore. In 2018 we selected 15 startups and hosted modules in Lisbon, Sydney/Melbourne, San Francisco and Berlin. (There were four modules this year because we added a bootcamp that is designed to strengthen the selection process and insure that the cohort is composed of the startups with the most potential for deal acceleration.)

TM: We use the eight utilities networks and also contact universities and accelerators around the world. In 2017 we had over 300 applications and in 2018 this number climbed to 500+.

Q: EDP and Innogy, another member of Free Electrons, recently joined a $1.66 million round in a Bangledesh-based startup called SOLshare, which was named a World Economic Forum 2018 Technology Pioneer. Is this a good example of the type of startup you are looking for?

TM: Yes. SOLshare is not only helping people who are not connected to the grid to access solar energy in Bangladesh it also has a solid business model based on cutting edge technology. It is a good example of how we are starting to source technology from South to North. With the advent of digitalization startups in the developing world are now able to innovate in a way that is very specific to their needs. In doing so they are touching on solutions applicable in developing countries.

Q: How specifically might traditional utilities like EDP and Innogy make use of a peer-to-peer energy sharing model?

TM: Peer-to-Peer energy — producing your own energy and selling it to the community through a technology like blockchain — is on everyone’s radar. It is among the trends in the market that disrupt and challenge the classic energy utility model. If they do come about the solution is not to try and delay or block them but to capitalize on them. We have to find ways to alter our business model so we ensure that we are one of the utilities of the future. Peer-to-peer exchange of solar energy requires regulation, infrastructure and marketplaces. Potentially the utility can be that marketplace. Also, you will always need the infrastructure to ensure that energy flows from one place to another. Given the local specificities, SOLshare can bypass traditional infrastructure in Bangladesh but, as of now, it will not be able to do so in New York or Paris.

Q: What are the main differences between EDP’s own startup programs and Free Electrons?

TM: EDP does look around the world, not that much in places like Bangladesh or Kenya, but we do get a lot of leads from Europe, Israel and the U.S., especially Silicon Valley. Naturally, we have significant focus in the countries where we do business, particularly Portugal, Brazil and Spain. We have incubation and acceleration initiatives in all three countries and organize one unified annual event, a two week-long program for startups from all over the world. We also, have two venture funds, one that has a global outlook and one that is focused on Portugal. We launched EDP’s corporate venture capital fund ten years ago and soon realized that many of the startups we came into contact with were not mature enough for investment but were very interesting. To help nurture them we created EDP Starter, an incubation and accelerator program to develop startups relevant to our core business to the point where we can work with them. The next level is piloting or proof of concept which involves opening doors to a relevant business unit so a startup can validate it’s technology and potentially improve it. This phase is what tells us if the startup is investment grade. Once they pilot there are three options: we can go our separate ways, the startup can become one of our partners and/or our suppliers and the third is we decide to invest in them.

Q: What has EDP learned about working with startups that could be interesting for other corporates?

TM: One of our key learnings is we need to offer patient money. It takes time to develop a successful offering in our industry. It is not like saying ‘build me an app.’ A couple of criteria are vital: The first is the team. Often this is more important than the idea itself. An idea can evolve or even change but if you don’t have a successful team, even if you have a really good idea it probably won’t work out. The second thing we have learned in EDP Innovation is the importance of building bridges between the startups and EDP’s business units. The people in the business units know the core business better than anyone and who better to validate the technology and help develop the ideal offer. At EDP innovation, our job is to ensure that they are speaking the same language. To build and maintain those bridges.

Q: What has been the key benefit of working with Free Electrons?

TM: Firstly a larger reach. Given the investment, we are able to access a much stronger pipeline than we would otherwise have on our own. Secondly, we were able to design an international program that is tailor-made to the needs and objectives of the utility partners, as opposed to an off-the-shelf acceleration program. It is paramount that we do not engage in what some call “innovation theater.” The third key benefit is actually an unexpected byproduct: a platform for cooperation between the utilities. We have learned a great deal from working together. Free Electrons allows us to share experience and knowledge. We quickly evolved to a point where we are investing together or engaging in pilots together. This allows us to not only share the costs and the risks but to increase the benefits. As the saying goes, the whole is greater than the sum of its parts.