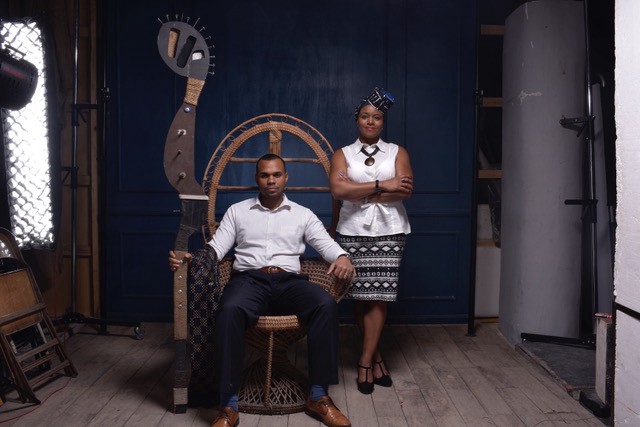 Small and medium-sized businesses are the backbone of the African economy, but most face significant challenges when it comes to accessing quick, affordable and reliable credit.

That is where Ovamba comes in. The five-year-old startup, was one of 61 companies named in June as Technology Pioneers by the World Economic Forum. The company, which currently operates in Cameroon and Côte d’Ivoire, with plans to expand into Sudan, Nigeria, Senegal and Morocco, offers a short-term funding solution for African SMEs in the trade and commodities sectors who want to grow but are unable to front the cost of trade or inventory purchase.

It’s a $500 billion revenue opportunity, if you include unbanked traders and a chunk of the $2.7 trillion wholesale and retail markets, says Viola Llewellyn, who was born in London and now splits her time between Cameroon and the U.S. She was recently featured in Vanity Fair as one of 26 black women business founders in the United States who have completed $1 million or more in fundraising.

“Microfinance operations will never meet the need no matter how hard they try and banks are unable to measure SME risk,” says Llewellyn. “Ovamba is about bridging the gap between technology and finance so that the disenfranchised, under-served and un-served can connect to the products and services they need.”

A year after launch Ovamba attracted investment from UK-based GLI Finance, whose backers include Blackrock Global, AXA Investment Managers and Barclays Wealth. Ovamba then set up its first operations in Cameroon, a country with over 200 local languages, Muslim and Christian communities, and an economy almost entirely comprised of SMEs. It was the perfect place to prove the model, says Llewellyn.

In 2016 Ovamba attracted further investment from other platforms, such as Crowdcredit, a Japanese fintech emerging markets investor, enabling it to expand its operations into other countries.

The need is great. The owners of many African SMEs are “functionally illiterate and not professionally trained,” says Llewellyn. “They can’t produce a balance sheet. It is in their head and they can’t write it down in a way the banks can understand.” Another issue is that many business owners and small farmers can only communicate in their local dialect.

So how does Ovamba gets around these challenges?

It uses on-the-ground teams and technology to assess the risk. Traders or SMEs who need finance can make a request via their mobile phones or a computer. A decision about credit-worthiness is made within 48 hours with the help of algorithms that have been trained using data not just about banking habits and sale cycles but local customs, including ethics, social norms and business practices. Knowledge about the economics of local trade — such as the way that secondhand clothing markets work and the fact that many SMEs are run by women but fronted by their husbands for legal or cultural reasons — are also factored in. Chat bots — a recent addition — are able to translate business owners’ demands in local dialects into English, Arabic or French. (The chat bots currently handle five broadly used dialects. They plan to add more.)

Financing is based on the Islamic model, which prohibits interest and works on the basis of risk-sharing on agreed terms. Rather than giving loans, Ovamba purchases the assets or receivables on behalf of its SME clients. The merchandise is owned by Ovamba and is sold to SME clients at a pre-agreed markup that is inclusive of all costs incurred and a margin for Ovamba. Customers buy back the material over a period of time. The merchandise is released in batches whenever a payment is made. The margin is anywhere from 1.5% per month to 3% per month, depending on how long warehouse space is used and whether Ovamba provides additional services such as logistics or customs clearance on a customer’s behalf.

This is a major difference with banks. “Banks cannot take assets onto their balance sheets and will never be able to manage warehouses or liquidate inventory for customers who have not paid,” says Llewellyn.

That said, Ovamba is interested in partnering with banks. Banks could use Ovamba’s technology platform to assess the risk of making loans to local SMEs, she says.

Ovamba has processed over 1,600 transactions on its platform, representing $150 million in deal flow, says Llewellyn. Ovamba has been able to fund $22 million of that. The rest is being funded through a crowdsourcing platform that allows investors from the UK, U.S. and Japan to invest in local businesses.

“In the past these SME demands went unfunded because there were not enough investors,” says Llewellyn. “Ovamba is providing investors with a safe, transparent landing platform that they can use to invest in vetted local businesses.”

Once the customers buy back all the merchandise Ovamba pays the investors and takes a fixed fee for itself. There is little risk, she says, because if a customer fails to pay, Ovamba is free to sell the merchandise elsewhere. The default rate is less than 4% since coming out of beta, she says.

“People can’t believe startups focusing on emerging markets can have high returns,” says Llewellyn. “They say it is not possible because they think Africa is a mess. My message to them is you have just missed a $500 billion blue ocean opportunity where you can do well.”