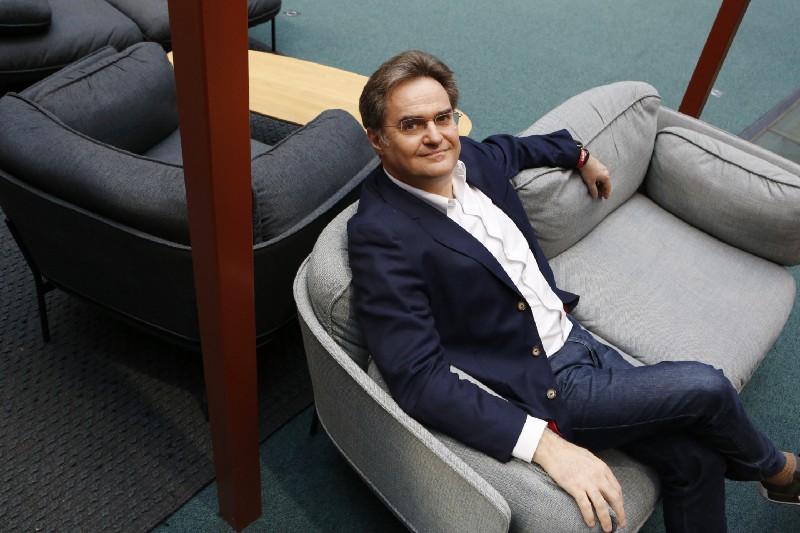 Sylvain Duranton is a senior partner and managing director at The Boston Consulting Group. He is also the Global Leader of BCG Gamma, a business unit dedicated to data science and advanced analytics applied to business. Duranton revealed the results of a survey conducted by BCG Gamma about how workers in Canada, China, France, Germany, Spain, the United Kingdom and the United States view artificial intelligence at a June 20 Paris press conference. More than one in five of the survey’s 7000 respondents said they work at companies or organizations that have already started to implement AI. However, there was a big difference in uptake between countries. Some 31% of those questioned in China said they were already working for a company that had implemented AI compared to 24% in the US, 20% in the UK, 18% in Spain, 16% in France and 15% in Germany. The Innovator interviewed Duranton about the differences in the way companies in various countries are preparing their workforces for the implementation of AI.

Q: What were some of the key findings of the survey?

SD: Leadership teams have plans but there is a huge deficit in terms of communication and change management to prepare the workforce for the AI wave that is coming. It is a call to action. AI is not a a job for the CTO. It is most importantly a job for general managers and Chief HR Officers. If you want to summarize the whole survey in one number on average 30% of the workforce has engaged with management on AI in Europe and that same number is 80% for China. The call for action is for general management to move, educate and talk to people.

Q: What do employees around the world think about AI?

SD: They know a big change is coming. The French are the most worried about the impact of AI but workers in other countries mainly see expect positive results from the implementation of AI in companies. People believe it is going to help in terms of effectiveness, professional development and in making work less error-prone. Surprisingly many believe AI is going to help bridge the gender gap at work. People say ‘our managers are biased and we know that.’ I think it is interesting that people think algorithms are going to help. There are positive expectations worldwide but there are some concerns that need to be addressed.

Q: What are the key concerns?

SD: There are three concerns mainly — that AI will be used to spy on and control workers, job reduction and the risk that the workplace will become dehumanized if people are going to be working alongside robots and have to collaborate with them on a day-to-day basis. It is difficult to predict the number of jobs that will be reduced. What is interesting is how people feel about it. In our survey on average 40% of workers consider that their work could be done by machines, which is quite an anxiety for workers. It is time for management to address those concerns, to start a dialogue with the unions and the workers about how the company is going to deploy AI and what type of HR package they are going to offer around that. People expect a lot of training and expect their personal equity to increase. The work force wants to engage so it is time for management to be much more proactive in discussing those plans. Until now, when it comes to AI, companies have been focusing on IT solutions and vendors but the human link is critical for companies. In Europe we are obsessed with building competitors to GAFA (Google, Amazon, Facebook and Apple) . Of course we want to have champions but the number one priority should be for companies to adopt AI at scale and fast and that should be a bigger priority than creating European GAFAs. My fundamental equation for AI is spend 10% on algorithms, 20% on technology and connecting and hosting the data and 70% of your investment on taking the new tools and integrating them into the way people work, this is where by far the lion share of the investment is required. It is clear that there has been more investment in N. America and in China than in Europe.

In countries where the workforce has been less exposed to AI like Germany and France respondents see less consequences and think AI will impact only certain companies but people exposed to AI see AI having more impact. In North America and China our respondents said they believe nearly all companies and all sectors will be impacted by AI– which is closer to reality. When you talk to the leadership in executive committees all are convinced AI will massively impact countries. But there has been a lack of education of the workforce. We did a survey at MIT of what leaders and senior execs think about AI. The higher ranks said AI is going to make a huge difference but the work force as a whole in Europe has not fully recognized this.

Q: What do you recommend companies do?

SD: Part of the call to action for me is to say leadership has to start massive education and dialogue on what AI is going to change at work. This should be a priority. People are ready to embark on the journey and if it is not done companies will not change fast enough. Companies that move fast will become stronger so it is important to move quickly. It will require training and work organization and there is a massive HR planning to do. Given the amount of change that is going to materialize in the coming five years this function is taking a totally new importance.

In addition to ensuring the privacy of the company’s data and their customers’ data there is a call for companies to create chief ethics officer positions. Companies need to decide what are the key fundamental ethics questions they might have and what they want to do or not to do with AI. Different brands will have different responses because the answers will be based on the core values of a company.