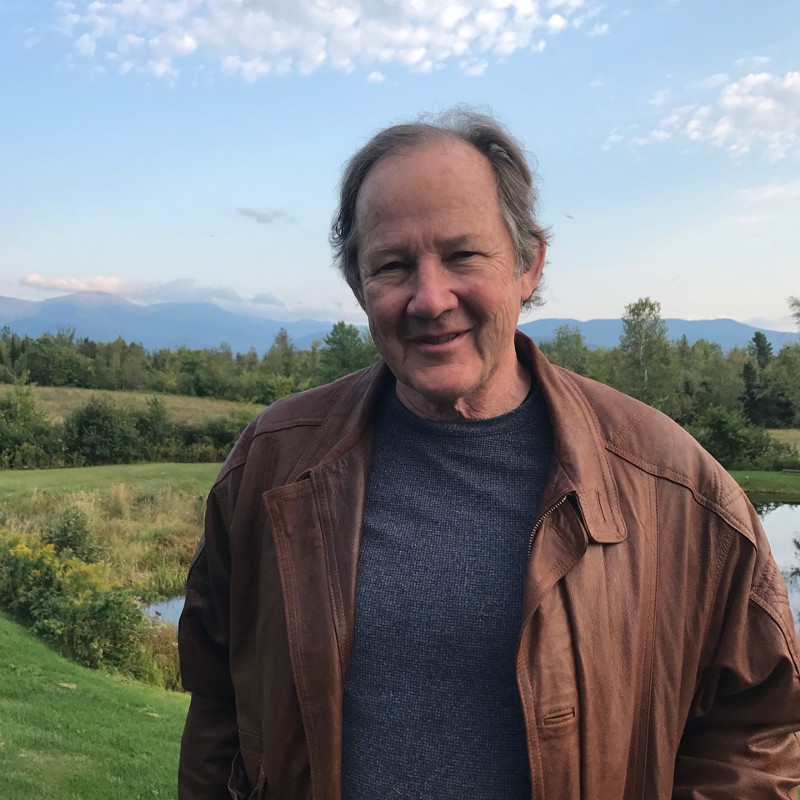 John Henry Clippinger, a research scientist at the MIT Media Lab Human Dynamics Group, speaks about cryptocurrencies, blockchain and the rise of the so-called token economy.

Clippinger regularly consults with companies, foundations and government agencies on technology, policy and business strategy. He is the author of A Crowd of One: The Future of Individual Identity. He is also founder and former co-director of The Law Lab at the Berkman Center for Internet & Society at Harvard University and the founder and former CEO of four software companies.

Q: Tokens are the new, new thing. Some say they herald the beginning of a new kind of economy and maybe even the end of capitalism as we know it.

JC: In 1842 after (US president) Andrew Jackson shut down the banks, people produced their own copper coins, called hard-times tokens. It was a bottom-up protest. There is a similar logic with bitcoin. During the 2008 banking crisis people could not trust fiat and the authorities that have oversight. There is a real distrust in the conventional mechanism so that is why token sales, to a certain segment, are seen as a safe haven.

Q: What exactly is a token?

The concept of a digital token is not obvious. It is a unit for exchange of value between two or more parties, but it is more than a transaction. It is a unit of value that binds a relationship. Digital tokens can take the form of smart contracts and be quite complex. They can take different forms under different conditions. They can be a commodity, a currency, a security, or all of those things. That is why there is some confusion and issues about how to regulate them. Tokens can also be an expression of trust. A token could be a credential that I use to assert something about myself. It can be used for digital identity. It can be certification of certain attributes such as age or place of residence or a credential proving that you earned a diploma. Tokens can get you access to different kind of services. They assert different forms of trust and value and can be dynamically updated.

Q: What is the difference between a bitcoin and a token?

JC: Bitcoin is a kind of token — a demand- backed asset like a commodity or a unit of exchange. Ether is an example of a token you can use to purchase certain services. Smart contracts run on Ether so you could also use these tokens to keep track of and use your frequent flyer miles. To extend this further, a token can be like a virtual good: companies like (the Chinese conglomerate) TenCent create their own digital currencies which are used in the game world to buy virtual goods. This has proven to be extremely successful with lots of people buying or exchanging tokens. Imagine applying this to the business model of Facebook or Google. They have very iffy data that can’t be properly verified. There could be a lot of value if the person who owns the data would agree to trade that knowing that he can benefit from that financially. The notion of self-sovereign ID and data is now accepted, and companies that don’t comply will be vulnerable to heavy penalty. Tokens can be used to create a common protocol on how to handle permissions to use data so companies don’t run afoul of liability laws.

Q: In a July ruling the Securities and Exchange Commission (SEC) found that the tokens in a prominent Initial Coin Offering (ICO) were in fact securities — meaning the transactions violated federal investment laws. What are the key differences between tokens and stock certificates?

JC: When the SEC issued an opinion on the DAO (decentralized autonomous organization) blow-up they correctly censored them because really they were selling securities. However if one is careful it can be treated as an asset token. If it is a rewards program with no passive income derived or voting shares then it is really not a security. When you increase the supply of a currency you have to offset that by creating debt because you can’t print money. With digital currencies it is not necessarily the case. If you issue tokens with specific value propositions around different sectors you don’t have to offset that with debt. There are examples of this in the sharing economy. If you look at next-generation mobility services and autonomous vehicles, it is very unlikely the vehicles will be privately owned. There will be a huge congestion problem but if you can have access and that can be guaranteed then that is better than owning your own car. There is a token called Lambo coin which allows people to buy part of a Lamborghini and have access privileges at all times. This is indicative of where things are going. It’s a membership model like timeshare but much lighter and easier to do.

Q: What is an initial coin offering (ICO) and why are we seeing so many right now?

JC: ICOs are token generation events. There is sloppiness in how people talk about utilization tokens versus speculation tokens. An example of a utilization token is when you join a community and create a kilowatt of sustainable energy and it generates a token.

Q: How will this change in the way that companies are getting funded impact stock markets, venture capital and the global economy in general?

JC: We have a monetary system and fiat system that is quite ancient and not digital and does not reap the benefits of what digital tech and cryptography can do. The rate of innovation and change is only accelerating so it is just a matter of time before we shift to a highly decentralized and digital system with cryptographic proofs and other kinds of mechanisms to verify transactions and services. You are seeing that already in the rapid uptake of crypto currencies in different jurisdictions around the world: Singapore, Switzerland, Luxembourg, UK, Russia. There is lots of activity in China but the government there is a wildcard in this. We are seeing the beginnings of a new international financial system. Right now there are lots of issues around the technology and it is in an early phase but in my experience I have never seen such rapid speed of innovation. Every week something changes. Decentralization is starting to take place. If you can avoid and control the inflation and bubble manipulation then you are creating a much more accurate, more transparent system than you have currently because you can have analytics and artificial intelligence looking at every pattern in hyper real-time speed.

Q: One of the key benefits of tokens is to align incentives among participants of the ecosystem. So far only startups have launched tokens. Is it possible to tokenize existing large enterprises? How would that work and what would be the benefit?

JC: Don’t incur debt. Don’t give up equity and make customers token holders. There will be a lot of new options for public financing. Underwriting will be dramatically different.

Q: What should corporates do to prepare for the changes ahead?

JC: Tokens are a very powerful way of distributing control. How many companies will make the shift to a token-based economy? Big companies coming from China like Tencent and Alibaba understand it. The old industrial companies will fight it. They may win some battles but they won’t be able to compete because of the way they are organized. The net of this is not an easy message. Corporations like to think about change being incremental and they don’t like it when I tell them that in this case it won’t be.