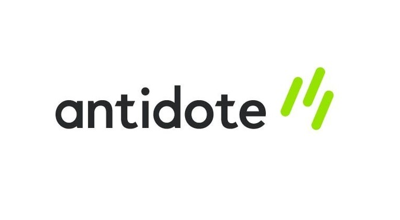 An estimated 80% of clinical trials are postponed or closed due to a lack of patients. This poses a huge problem to pharmaceutical companies because, due to patent restrictions that limit the time they can sell a blockbuster drug, each day of delay in getting it onto the market costs millions of dollars in lost business.

Antidote’s Match platform is based on generating structured eligibility criteria, proprietary algorithms and machine learning. After patients answer simple questions about their health to establish both eligibility and intent the Match platform tells them about relevant trials in their area, says Eze Vidra, the company’s chief innovation officer.

To reach patients who could potentially become trial participants Antidote has partnered with patient communities such as type 1 diabetes foundation JDRF and the Lung Cancer Alliance. These groups embed Antidote’s search engine on their websites, enabling patients actively in search of new treatments and health information to discover and connect to researchers.

Antidote is not the only company using structured data “but Antidote is patient-centric ,” says Vidra. “We care about what trials are a match for that patient and have taken the mammoth task of structuring all clinical trials.” In comparison, competitors take a project-led approach and structure the data of a single clinical trial (i.e what patients match my trial).

Due to its ability to generate structured eligibility Antidote was chosen to participate in the Cancer Moonshot project launched by former U.S. Vice President Joe Biden.

The startup has another advantage over competitors, says Vidra. Antidote, then called TrialReach, acquired the original team and intellectual property of a joint effort by global drug companies Eli Lilly, Pzifer and Novartis to use structured data to connect patients with trials. Antidote’s chief development officer previously worked for Eli Lilly as head of clinical open innovation, other members of the team worked for Monsanto and several others, including Vidra, have dotcom experience.

Antidote is in the process of deepening its integration with multiple pharmaceutical companies by building application program interfaces (APIs) that will help patients know which clinical trials are being offered by a particular drug company and the eligibility requirements, Vidra says.

Antidote is also making advancements in precision medicine by importing biomarkers into its structured data approach. It plans to use the new funding to accelerate the development of new capabilities for its trial matching platform, including precision medicine, as well as further global expansion.