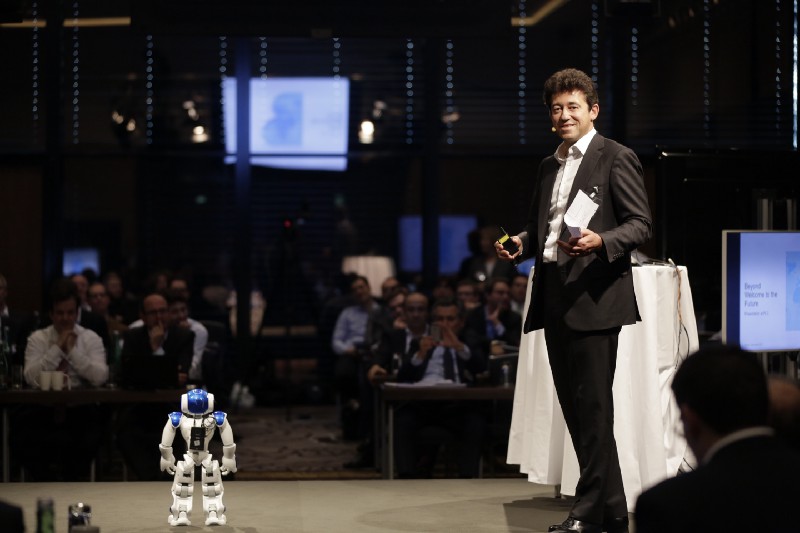 Charles-Edouard Bouée is the chief executive of Roland Berger, Europe’s largest management consultancy, and the author of the book “The Decline of the Human Empire.” He recently spoke to The Innovator about why artificial intelligence could be a boon to Europe’s businesses.

Q: What do you think the impact of AI will be on business?

CEB: Most of our clients feel threatened by the disruptors: Google, Apple, Facebook and Amazon, the Chinese Internet players Baidu, Alibaba and Tencent, the new startups and so on. But we believe a new era is coming that will allow traditional companies to retake control of their destiny.

CEB: AI will also impact the disruptors. They will also be under attack by new incumbents. There will be a shakeout of the global scene.

Q: What do you think the shakeout will look like?

Q: Will this be enough of a competitive edge?

CEB: These traditional companies have a lot of assets. They have knowledge of critical processes, product knowledge, strong brands and all of these things can be unleashed through AI. I like to say that this will dissolve the disrupters. Companies can retake control of consumers if they recognize their own capabilities and are not paralyzed by fear of being disrupted.

Q: So is this Europe’s chance to lead?

CEB: We are entering into a fourth wave. The first wave was hardware and software. Japanese companies and U.S. companies like IBM and Microsoft dominated. The second wave was led by the mobile sector in Europe: Nokia and telecom operators like Vodafone and Orange. They were cash-rich, consumer-rich and very powerful in 1990–2000. The third wave was won by the American and Chinese Internet giants. Now we are in the fourth wave, the wave of AI and in this wave the winners can come from Europe, Asia or the U.S.

Q: What steps need to be taken to ensure that Europe will succeed?

CEB: To win it will be very important to have the right ecosystems and capabilities. In European countries such as France and Germany we have top-rate physicists and mathematicians — exactly what you need in AI. If we can establish the right norms this can be a huge opportunity for Europe. The Silicon Valley players have already formed their own group, OpenAI, but for them the enemy is the other. There are in a race against each other. The fact that Europe doesn’t have a giant social network, search engine or e-merchant is an advantage in the time of AI. It is easier to disrupt the disruptors when you don’t have champions.

CEB: I am very optimistic. No strong digital players is good news. It means Europe will not put any limit on developing new AI applications. If we work hard enough we could create the right norms and flourish. My position is that all of this is opening a new era of opportunities for traditional companies and startups but also for European governments to do something right this time. The only thing that can make us fail is a lack of understanding of what is going on.