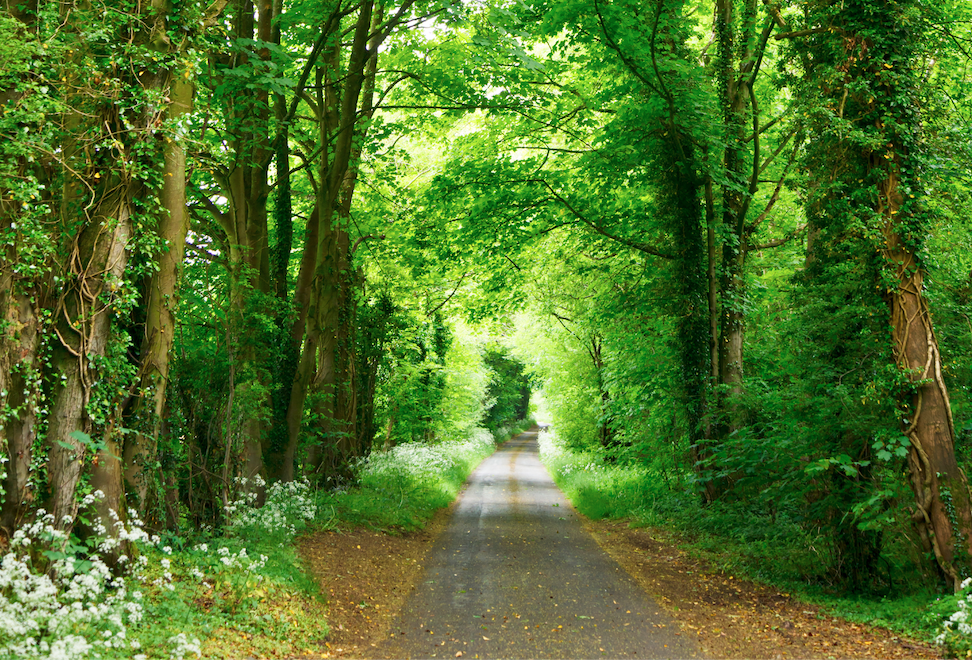 Nine companies –  Maersk, Danone, Mercedes-Benz, Unilever, Microsoft, Nike,  Starbucks, Wipro and Natura – announced the establishment of a new initiative to accelerate the transition to a net zero global economy. The initiative, known as Transform to Net Zero,  aims to develop road maps that will make it easier for all private sector firms to not only set ambitious goals but also deliver meaningful emissions reductions and economic success. By sharing resources, tactics and strategies they hope to speed up the business community’s efforts.

Transform to Net Zero’s founding members include the Environmental Defense Fund. “The gap between where we are on climate change and where we need to be continues to widen,” Fred Krupp, the fund’s president, said in a statement. “So does the gap between businesses that just talk about action and those that are actually getting the job done. This new initiative holds tremendous potential for closing these gaps. Especially if other businesses follow in the coalition’s footsteps, leading by example and using the most powerful tool that companies have for fighting climate change: their political influence.”

Companies are coming under pressure from both governments and consumers to play a bigger role in helping solve the United Nations’ Sustainable Development Goals. Some 79% of consumers are changing purchase preference based on the social responsibility, inclusiveness or environmental impact of their purchases, according to a recent Capgemini global survey cited in a report entitled “How Sustainability Is Fundamentally Changing Consumer Preferences.”

What’s more, companies  who have seen their businesses take a hit both from digital interlopers and COVID-19, need to find new sources of revenue. A report released last week by the World Economic Forum identifies 15 systemic transitions that could create annual opportunities worth $10 trillion and 395 million jobs by 2030 if businesses take a “nature first” approach.

The July 21 Transform To Carbon Zero official launch statement makes it clear businesses are starting to view becoming carbon neutral not just as an obligation but as an opportunity.  Emmanuel Faber, Chairman and CEO of Danone, said  carbon neutrality is is “not optional for Danone, it is a way to reinvent our growth model.”

But as Microsoft President Brad Smith notes, no one company can address the climate crisis alone.

Microsoft made headlines earlier this year when it announced that it plans to become carbon negative by 2020. And earlier this month it updated its supplier code of conduct.  Suppliers will now have to calculate and report their Scope 1, 2 and 3 greenhouse gas emissions data. “This reporting is the first significant step toward helping our suppliers reduce their emissions in alignment with Microsoft’s goals of transparency in emissions reductions,” Microsoft said in a July 21 blog posting.

In a separate announcement on July 21 Apple became the latest tech giant to promise to do more to reduce the emissions of planet-warming greenhouse gases, announcing in a statement that, by 2030, “every Apple device sold will have net-zero climate impact.”

Apple said it aimed to reduce emissions by 75 % in its manufacturing chain, including by recycling more of the components that go into each device and nudging its suppliers to use renewable energy. As for the remaining 25 % of emissions, the company said it planned to balance them by funding reforestation projects. The company also said it planned to improve energy efficiency in its operations.

“It feels like there’s a virtuous follow-the-leader thing happening here,”  Simon Nicholson, co-director for the Institute for Carbon Removal Law and Policy at American University, said in an interview with the New York Times.

The July 21st story in the New York Times chronicles how one by one, the giants of Silicon Valley have been compelled to address their own role in the climate crisis.

Google said in May it would no longer build customized artificial intelligence technology or machine learning algorithms for the oil and gas sector. It has also pledged to include recycled material in its devices, including its popular Chromebook computers, by 2022.

Amazon announced last September its bid to be carbon-neutral by 2040, while its chief executive, Jeff Bezos, committed $10 billion to fund climate science and advocacy.

Amazon’s move came after sustained calls from its own employees to reduce emissions to zero by 2030, a full 10 years earlier than the company’s current target. Its employees also pressed Bezos to stop offering custom cloud-computing services to the oil and gas industry and to suspend campaign donations to politicians who deny climate science.

Amazon continues to do business with fossil fuel companies, but Bezos said the company would take a “hard look” at its political donations. Amazon said it would reduce its climate change impact by, among other things, buying a fleet of 100,000 electric delivery trucks. But, like Apple, Amazon’s pledge to be net-zero by 2040 relies on reforestation projects to offset its continuing emissions. The company has also said it plans to improve energy efficiency in its operations.

Microsoft this year said it would draw down more emissions than it adds and also somehow remove all the emissions the company has ever produced. It promised to invest $1 billion in what it called climate innovations, but it left untouched its partnerships with oil and gas companies.

Facebook announced that it would use 100 percent renewable energy in its facilities and reduce water use in its data centers, though it has said little about what it will do to stop the spread of climate disinformation on its platform.

Apple’s net-zero pledge is notable in that it seeks to address the main source of its greenhouse gas emissions: from the manufacturing of its phones, tablets and computers by its contractor companies, notes The New York Times.

The Transform to Net Zero group, which expects to complete its work by 2025, aims to encourage businesses around the world to adopt science-based climate targets that address the environmental impact of their full value chains, sometimes known as Scope 3 emissions. They also have committed to share information on investing in carbon-reduction technologies and to collectively push for public policies that accelerate the net zero transition.

“The business world of the future cannot look like it does now; in addition to decarbonization, a full system transformation is needed,”  Unilever CEO Alan Jope said in the Transform To Zero launch statement.

GPT-3, short for Generative Pre-training Transformer, the third generation of the machine learning model, got a lot of buzz this week. Some say it is over-hyped but others argue that there is already evidence that it could have a big impact on business. (Stay tuned for an upcoming deep dive on the topic in The Innovator’s radar)

The World Economic Forum published a white paper on genomic data policy and ethics to help boost diversity in genomic medicine. Analysis found 78% of people in genome-wide association studies are of European descent. Additionally, researchers from the Broad Institute of MIT and Harvard and Massachusetts General Hospital found data from the UK Biobank had a 4.5 times higher prediction accuracy for people of European ancestry than those of African ancestry, and two times higher accuracy than those of East Asian ancestry.

Pfizer, BioNTech Get $1.95 Billion COVID-19 Vaccine Order From U.S. Government The U.S. has agreed to pay Pfizer and BioNTech nearly $2 billion to secure 100 million doses of their experimental Covid-19 vaccine to provide to Americans free of charge, the latest sign the government is readying plans to make vaccines available if proved to work safely.

eBay Sells Classified Ad Business To Norwegian Firm for $9.2 Billion Adevinta, the acquiring company, already oversees digital marketplaces in 15 countries, with a significant presence in parts of Europe, South America and Mexico. By acquiring the eBay business, Adevinta will significantly expand its presence in Germany, one of Europe’s biggest economies, where its current operation doesn’t hold a dominant position.The new entity’s operations will have total annual revenue of $1.8 billion, with a major presence in 20 countries.

The next phase of the retail apocalypse: stores are being reborn as e-commerce warehouses The Wall Street Journal outlines how retail spaces of all sizes are being converted into e-commerce fulfillment centers

Scientists have discovered that the extract of a common weed plant, Bidens pilosa, is a promising source of enzymes for the food industry. A study published in the International Journal of Scientific and Technology Research claims the technique can produce cheaper plant alternatives to the expensive enzymes necessary in wine and cheese production.

From The Gig Economy To The Guild Economy Deloitte’s John Hagel predicts that as gig workers begin to realize the need to accelerate their learning and performance improvement, they’re going to be driven to come together into small groups and offer their services as a group, rather than as individuals.

Paying Through The Nose Takes On A Whole New Meaning Alipay is using nose prints to identify dogs and cats covered by its newly launched medical insurance for pets. It has partnered with China Continent Property & Casualty and ZhongAn P&C, an online only insurance company, on the offer.

Alipay and Mobile Operator Vodacom Partner To Create Super App in South Africa The app will allow consumers in South Africa to shop online, pay bills and send money to family from next year. It will also help small to medium enterprises  access financial services such as lending and insurance.

Russia’s VTB Bank Launches Robot Factory VTB Bank plans to roll 250 “digital employees” off the production line by the end of 2022. The new robots will take over some routine operations, including document processing and data entry, and reduce the cost of producing by three to four times.

Engie and EDP Renováveis have announced the creation of Ocean Winds, a joint venture equally controlled by both companies in the floating and bottom-fixed offshore wind energy sector.The new company will act as the exclusive investment vehicle they use to capture offshore wind opportunities around the world. Ocean Winds will, they say, become one of the top five global offshore wind operators by combining the industrial and development capacity of both parent companies.

Fully Biodegradable Plastic Polymateria, a London-based startup that’s “advancing science to help nature deal with plastic pollution,” has raised £15 million from Planet First Partners. The British startup says its new technology, called Biotransformation, fully biodegrades common forms of plastic, leaving behind zero microplastics with no environmental harm in the process. The new investment will accelerate the rollout of this technology in countries around the world, in partnership with foreign governments.