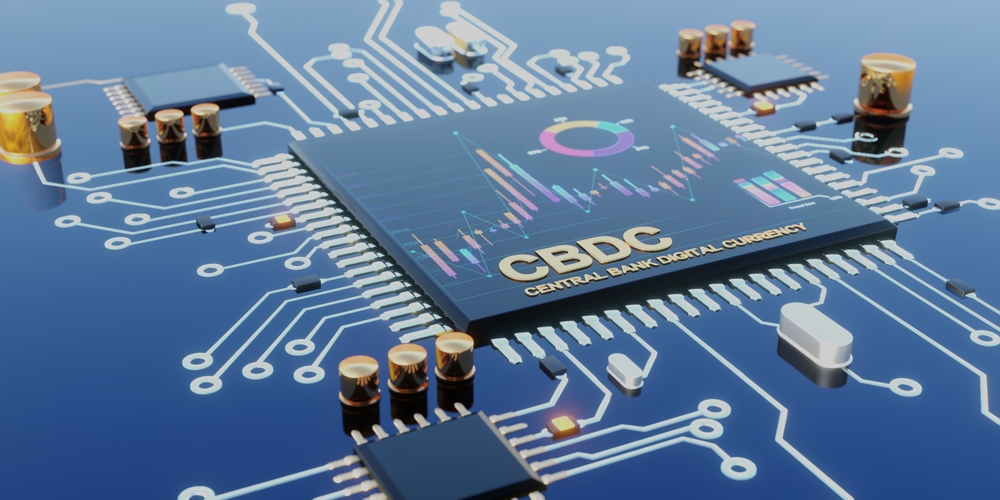 Financial messaging system SWIFT has laid out its blueprint for a global central bank digital currency (CBDC) network following experiments involving the central banks of France and Germany as well as HSBC, NatWest, Standard Chartered, UBS and Wells Fargo. SWIFT said it has carried out transactions between different blockchain networks, using both CBDCs and fiat currencies.

CBDCs are digitalized instruments issued by a central bank that can serve as an electronic extension of a form of cash. Most of the world’s central banks are now using or exploring CBDCs. Most don’t want to be left behind by bitcoin and other cryptocurrencies, but are grappling with technological complexities.

Facebook’s 2019 announcement of Libra (later renamed Diem), a privately-issued stablecoin that threatened to challenge the traditional global reserve currency system, helped move CBDCs to the top of central banks’ agendas. Lawmakers and regulators in the United States and Europe ultimately derailed Diem’s ambitions, stoked by fears around how such an offering on the scale of Facebook would impact the financial system and the control central banks assert over money. The so-called stablecoin — a type of cryptocurrency tied to other kinds of assets — never launched.

Governments and international bodies such as the International Money Fund (IMF) and the Bank for International Settlements (IB), the Switzerland-based body made up of the world’s major central banks, have expressed concerns about the potential of a private company’s crypto system taking over the reins.

“Crypto is neither stable nor efficient,” says a September IMF report co-authored by IBS General Manager Agustín Carstens.  “It is a largely unregulated sector, and its participants are not accountable to society. Frequent fraud, theft, and scams have raised serious concerns about market integrity.”

The report goes on to say that “Crypto has introduced us to the possibilities of innovation. Yet its most useful elements must be put on a sounder footing. By adopting new technical capabilities but building on a core of trust, central bank money can provide the foundation for a rich and diverse monetary ecosystem that is scalable and designed with the public interest in mind.”

The challenge of privately-issued digital currencies is not the only factor driving the discussion of CBDCs.   Competition-driven innovations in cross-border transfers, micropayments and new payments instrument offerings are profoundly affecting the way people pay, save and transfer value.  The application of these new technologies to financial services and the desire of monetary authorities to address perceived weaknesses in payments infrastructures are rapidly combining to transform the prospects of central bank digital currencies from a theoretical abstraction to a practical proposition, according to a report on retail CBDCs by the Official Monetary and Financial Institutions Forum (OMFIF), an independent forum for central banking, economic policy and public investment.

“Central banks are responding to the reality that digital currencies, either privately or publicly-issued, will be an unavoidable part of the global monetary system,” says the report. “It is in central banks’ best interest that they are neither left behind nor displaced.”

Figures published by the International Monetary Fund suggest that about 97 countries are researching, testing or deploying a CBDC, raising the question about how the different CBDCs would work together to enable cross-border payments – a process that would be costly and unreliable under the current, traditional finance system known as correspondent banking.

On October 5 SWIFT, a key part of the conventional financial system that helps make cross-border payments between banks, claimed to have solved the challenge of interoperability between different networks.

SWIFT, in collaboration with Capgemini, said in a press release that it had achieved CBDC-to-CBDC transactions between different digital ledger technology networks based on popular Quorum and Corda technologies, as well as fiat-to-CBDC flows between these networks and a real-time gross settlement system. The success showed that the blockchain networks could be interlinked for cross-border payments through a single gateway, and that SWIFT’s new transaction management capabilities could orchestrate all inter-network communication.

SWIFT is a messaging system that supports international bank transactions. Its network is used in more than 200 countries by more than 11,000 financial institutions. There have been suggestions, however, that digital currencies in the form of crypto, stablecoins or CBDCs  could make SWIFT redundant. In response SWIFT  embarked on a series of experiments in December 2021 to demonstrate that it was ahead of the digital currency curve.

Alongside its work on CBDCs, SWIFT has also been exploring tokenized assets, whereby assets like stocks and bonds are transformed into tokens that can be issued and traded in real time.SWIFT said that it can serve as a single access point to different blockchains and that its infrastructure could be used to create and trade tokens across tokenization platforms.

A new sustainable farm and food-focused digital bank is set to open in the U.S. after raising $24 million in Special Deposit Shares. The first new mutual bank to receive Federal Deposit Insurance Corporation (FDIC) approval in 50 years, Walden Mutual Bank says it will open its virtual doors to anyone interested in supporting a more sustainable and equitable local food ecosystem. The Concord, New Hampshire-based lender used Special Deposit Shares to raise $24 million from over 230 community investors, allowing it to be mutually owned while reaching modern capital requirements for new banks. The bank has built up a lending pipeline of over $50 million and in the coming weeks will open its virtual doors to all, using depositors funds to issue loans to local, sustainable food businesses, farms, and other ventures across the region’s food ecosystem. Charley Cummings, president and CEO, Walden Mutual, says: “We view the mutual structure as ripe for reinvention in the modern era. When many are clamoring for companies to deliver holistic value to all stakeholders, mutually governed organizations are poised to deliver.”

Deliveroo Hop, a “bricks-and-mortar” grocery store in partnership with the supermarket Morrisons, opened on New Oxford Street in central London  October 3. The move is a result of new research from Deliveroo that reveals the need for convenience and availability, with around one in three (35%) of dinner plans decided on the day and ingredients bought on the way home, according to a Deliveroo press release. Customers will be able to shop three ways: in-store; through digital kiosks, via the Deliveroo app for collection at the store; and for local delivery via the brand’s network of riders.

LIVIN Farms, a Vienna-based startup, announced a €6 million Series A venture capital round to help it expand its business of turning food waste into alternative protein. The company’s HIVE PRO technology allows waste management companies and large-scale food producers to upcycle organic waste and by-products into valuable proteins, fats, and fertilizers . The organic waste of LIVIN Farm’s customers is recycled on-site and processed and prepared as feed for black fly larvae. A robotic handling machine moves the feed made from the organic food waste into pallet-sized trays. The machine then inserts  fly larvae, The insect larvae are first fed on recycled organic food waste in a climate-controlled environment and then processed into protein powder and oils. The end products are three types of animal feed high in protein and antibacterial and antiviral properties.