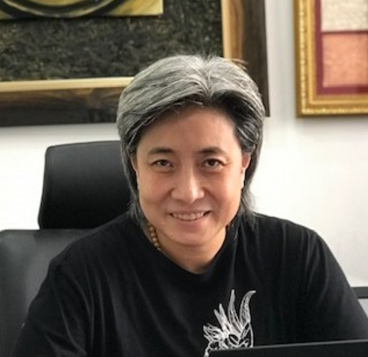 MAEKO, a Malaysian startup, has developed a way for businesses to quickly compost food waste on premise so that they can sent it back to farms for use as fertilizer for future food. The company has already converted over seven million kilos of food waste from factories, gas stations, hotels, and hospitals into usable compost. Customers include Shell, HSBC, and Kimberly Clark.

MAEKO is one of 17 start-ups participating in the World Economic Forum’s The Circulars Accelerator Cohort 2021. The accelerator is a collaboration with UpLink, the Forum’s innovation crowdsourcing platform, and is led by professional services company Accenture in partnership with Anglo American, Ecolab, and Schneider Electric.

The Malaysian startup’s patented all-in-one composting machines decompose all types of food waste in an aerobic environment using controlled parameters such as temperatures, agitation and airflow. The machines are embedded with a specially designed crusher unit that helps to shorten the normally long composting duration to only 24 hours. The units also feature sophisticated ventilation and a bio-enzyme filtration system that promotes elimination of unpleasant smells. The composting machines can process all types of food waste including fruit, vegetables, grains, dairy, meat, fish, poultry, eggshells and crustacean shells.

The machines are leased monthly using a “composting-as-a-service” model. They are being deployed in Malaysia, Thailand, and the Philippines, with plans to expand into India, the Maldives and Indonesia, Chee says.

Customers can sell the compost  to farms or tree and plant nurseries for use as fertilizer.

MAEKO’s machines competes with biodigesters, systems that biologically digest organic material, but says Chee, these types of systems are usually not placed on-premise in office buildings or hospitals.

Chee, MAEKO’s CEO, was one of two innovators who presented at the StartmeupHK Festival in Hong Kong May 24-28, says Kenneth Kwok, Innovator and Engagement Champion of UpLink. “We look forward to driving more engagement between Hong Kong and rest of the world in crowdsourcing innovation to advance the SDGs [Sustainable Development Goals],” he says.