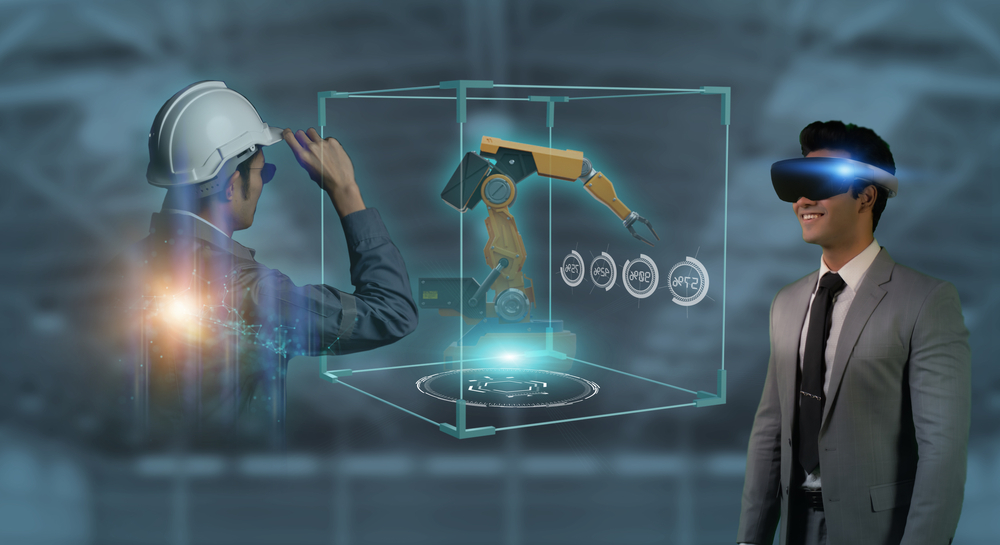 Siemens and NVIDIA plan to pair digital twin models with real-time AI to create what the two companies are calling an industrial metaverse.

The merger of the two companies’ technologies means “we can now fuse data from the point of design, all the way through product life cycle management, all the way through the automation of plants to the optimization of the plant after deployment — that entire life cycle can now be in one world,” NVIDIA Founder and CEO Jensen Huang said in a statement.

The two companies promise that the industrial metaverse will allow manufacturing customers of any size to be able to immediately analyze issues, identify root causes, and simulate and optimize solutions, thanks to the AI-infused, real-time photorealistic virtual environments. So, for example, if something goes wrong on the factory floor, teams of users from around the world will be able to meet, virtually, to collaborate and use the connected digital twin to quickly identify, troubleshoot and solve the problem.

The partnership also promises to make factories more efficient and sustainable. Users will more easily be able to turn data streaming from the factory floor PLCs and sensors into AI models, say the companies. These models can be used to continuously optimize performance, predict problems, reduce energy consumption, and streamline the flow of parts and materials across the factory floor, the companies said.

Ultimately every component inside a factory can be inspected and optimized — and eventually, automated by AI, according to a NVIDIA blog post. A robotic conveyer belt could, for example, be trained to alert an operator when the conveyor motor is undergoing excessive energy draw due to improperly greased rollers, saving time and maintenance costs.

During a June 29th launch event in Munich Siemens and Nvidia’s CEOs conducted a fireside chat with Milan Nedeljković, a member of BMW AG’s Board of Management.

Nedeljković explained how BMW Group is working with both Siemens and NVIDIA to move forward its iFACTORY initiative. By the end of next year BMW will offer 13 fully electrified cars so it needs to change factory equipment,the production environment, and its processes.

The digital twin itself is not the challenge,” Nedeljkovic said, outlining BMW’s plans to create sophisticated digital models of its manufacturing process that are linked, in real time to real-world factories. “The challenge is to link into this digital twin the existing systems one by one, and to have any change in the digital twin being reverted in the original planning tools,” he said, according to a summary of the fireside chat published on NVIDIA’s blog.

In manufacturing, digital twins can be used to compare the design of a product to the physical version produced – looking for product flaws, for example, or virtual environments can be set up for the purpose of simulation. For example, BMW utilized simulation for six months at a new factory, building virtual cars on a one-to-one scale within the metaverse, before deploying the final layout for the factory. In the process of those six months, the company changed about 30% of the design from the original based on the results of the simulation. “They’ve not said publicly how much more efficient it was, but they did say that about 30% of what they thought was the world’s best factory on day one of the simulation had to change in the process,” Richard Ward, a senior expert on VR at McKinsey said in an interview on automate.org, a site run by the Association for Advancing Automation, a global  trade association that represent the robotics, machine vision, motion control, and industrial AI industries.“These are people who build new factories on a daily basis, and they still found that level of learning from the simulation.”

Manufacturing companies that aren’t “at the very least experimenting with [AR and VR] today are at risk of falling behind in the near future,” global market intelligence firm IDC’s Tom Mainelli told automate.org. “AR/VR will not only help manufacturers digitally transform their businesses, but they will be key to recruiting, onboarding, and upskilling their workforce in the future.”

In a June report McKinsey predicted the metaverse will generate $5 trillion in revenues by 2030 and impact every industry.