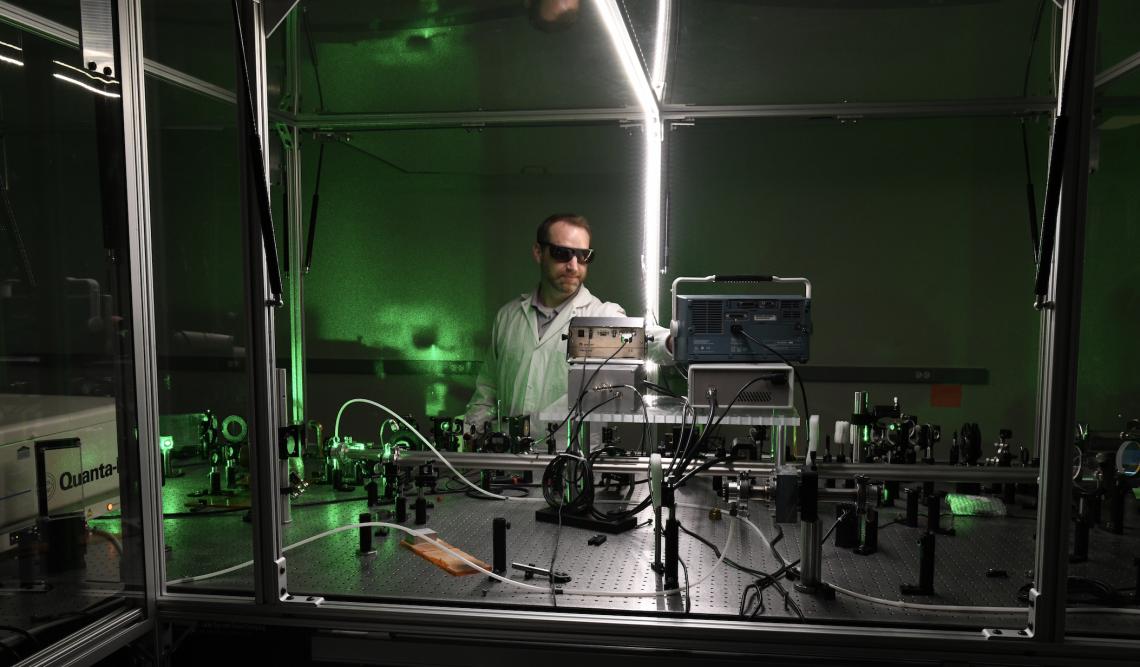 German energy pioneer Marvel Fusion, which is developing laser-based clean nuclear fusion with a goal of making an impactful contribution to the energy transition and Europe‘s energy sovereignty, on July 7 announced a new scientific collaboration with Ludwig-Maximilians-Universität, which the Free State of Bavaria is supporting with funding of €2.5 million.

The investment from local government, advocated by Science Minister Markus Blume, “is a great signal that Bavaria believes in fusion,” says Marvel Fusion Chief Operating Officer Heike Freund. “But Europe needs to be careful about not falling behind.”

There are currently 35 fusion startups worldwide. Only two are in Europe.

Fusion energy has great potential as a safe, abundant, zero-carbon source of reliable electricity and is recognized as a potential game-changer in addressing climate change and rising global energy demand.

Researchers have been working on it for decades and are now confident that they can prove that fusion, the energy process that powers stars with a low radiation and tremendous energy output, could be a viable alternative energy source. Once developed, nuclear fusion promises to provide clean electricity for applications such as hydrogen production, industrial heat, carbon capture, and desalination. Unlike nuclear power it does not produce radioactive waste.

Instead of heating the fuel plasma to very high temperatures like most fusion companies, Marvel Fusion precisely controls the conversion of input laser energy to accelerated fuel particles through the design of its nanostructured targets. The company says this approach allows for higher efficiency in triggering fusion reactions and creates greater energy yields. The Centre for Advanced Laser Applications at LMU’s Garching campus near Munich already has one of the world’s most powerful high-intensity lasers. The new collaboration is expected to enable Marvel Fusion to validate important parameters of its laser-based fusion technology.

With the help of collaborations with Siemens Energy, TRUMPF and Thales, the German fusion startup wants to build power plants capable of providing access to abundant zero-carbon emission energy for a large range of global energy consumers by the 2030s. To achieve that goal, it needs to start building now and will need to raise billions of euros. Marvel Fusion has so far raised a total €60 million, including a €35 million Series A from Berlin-based EarlyBird Venture Capital.

Contrast that with Commonwealth Fusion System, a spin-off of the Massachusetts Institute of Technology (MIT) aiming to build a compact fusion power plant based on the ARC tokamak power plant concept. Its series B round, announced in 2021, was for $1.8 billion.

The Continent has always been strong in deep tech but for decades has failed to rectify a widely recognized failure to successfully commercialize its biggest scientific and technological breakthroughs. Part of the issue is that European companies don’t have a single market and often can’t match the size of funding rounds in the U.S.

In 2021, the private sector invested over $2.5 billion in fusion technology development,with the overwhelming majority focused on fusion companies in the U.S., home to 30 of the 35 fusion startups.

A recent $ 1.5 trillion appropriations bill from the U.S. Congress included $45 million for a new fusion program in which private companies will partner with the U.S. Department of Energy to build new fusion energy devices. It’s part of a record investment in fusion that will send more than $700 million to DOE’s Fusion Energy Sciences program. What’s more fusion companies are now building several large experimental facilities in the U.S., with the aspiration of demonstrating a proof-of-concept for several different types of fusion power plants before the end of the decade.

A host of companies are now building proof-of-concept machines — “machines that will show that fusion works,”  Andrew Holland, the CEO of the U.S.-based Fusion Industry Association told E&E News, an industry trade publication. “We call this our Kitty Hawk moment: not the time when you sell the airplane, but the time when the airplane flies.”

Holland predicted that the industry’s main challenge in the 2030s wouldn’t be “a scientific problem or even an engineering problem, but a manufacturing problem. How fast can you build?”

Freund says Europe needs to step up its efforts. “If Europe can pay hundreds of millions of euros per day to Russia for fossil fuels it can afford to put aside some billions to fund green technologies,” says Freund. “There is a strong interest in energy sovereignty, and we are offering a way to provide safe, reliable energy.”

For more of The Innovator’s News In Context articles click here.