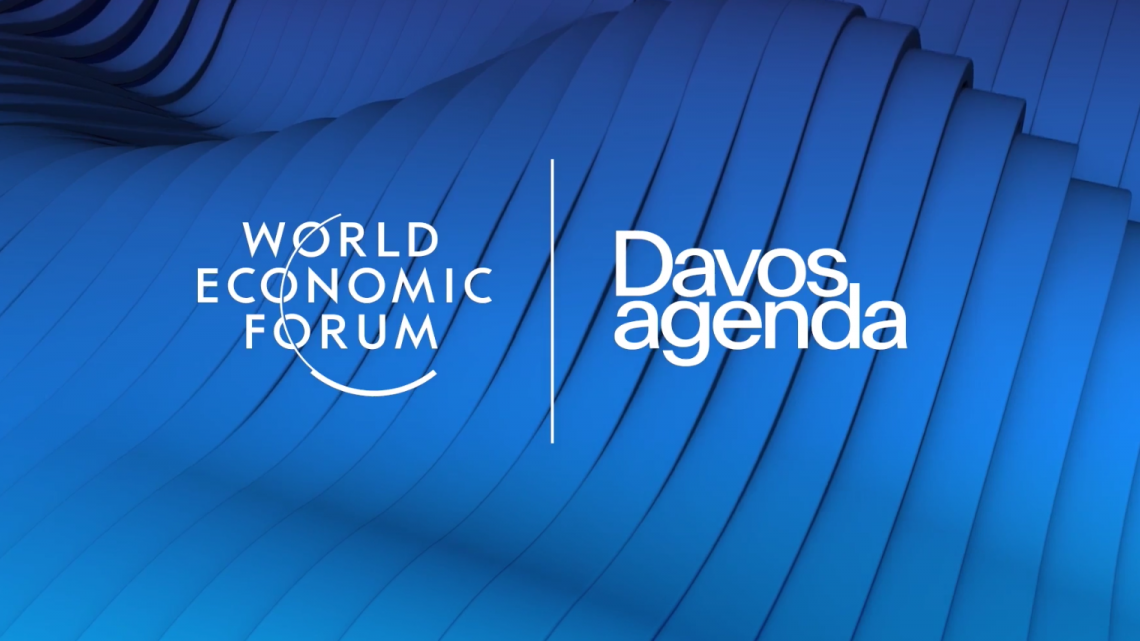 COVID took center stage but the Davos Agenda, a virtual global summit organized by the World Economic Forum this week, also focused on shaping the post-pandemic world through the lens of stakeholder capitalism. Action plans launched at the conference were designed to: unleash the power of AI, while ensuring its ethical and equitable use; specify pathways for some of the world’s worst polluters to move to Net Zero; connect corporate and startups to help solve the U.N.’s Sustainable Development Goals; and mobilize public sector and  leaders from all industries to close the digital divide. Here are a few takeways from the conference:

A New Global Initiative to Advance The Promise of Responsible AI

The Forum announced a new flagship initiative to accelerate the adoption of inclusive, transparent and trusted AI.  A steering committee, consisting of top global leaders from industry, government academia and civil society, will guide the alliance. Actions include work on a way for companies to certify that their AI is responsible. To get the full story on all of the work that is going on behind the scenes to help corporates better leverage AI and a data read The Innovator’s story “A Global Approach To Ethical Data-Driven AI.

The Mission Possible Partnership, a new coalition formed to accelerate the decarbonization of heavy industry and transport was launched on January 27.  Run by the World Economic Forum, Energy Transitions Commission, Rocky Mountain Institute and the We Mean Business coalition, the Mission Possible Partnership aims to be the delivery mechanism for Race to Zero Breakthroughs in hard-to-abate sectors. These are specific near-term tipping points for each sector of the global economy in the race to net zero emissions, being launched by COP26 President Alok Sharma and US Special Envoy for Climate John Kerry as part of the Davos Agenda. In late 2021, the Partnership will aim to showcase net-zero agreement breakthroughs in shipping, aviation, and steel. Within three years, it plans to help companies complete climate action agreements in these sectors as well as trucking, chemicals, cement, and aluminium. Together, these seven sectors comprise 30% of global emissions. Within five years, the Partnership aims for clear shifts in investment patterns across the seven sectors and will be pursuing net-zero climate action agreements in additional sectors, including potentially food and agriculture. During a Davos Agenda panel John Kerry, U.S. President Joe Biden’s special envoy for climate change, separately urged business leaders to recommit themselves to reducing emissions, promising big profits for those who do so. “A zero emissions future offers remarkable opportunity for business, for clean green jobs, for economic growth,” he said. “The highest valued auto company in the world today is Tesla, and it only makes electric vehicles. Mitsubishi is building the world’s largest zero emissions steel plant in Austria.”

UpLink, the Forum’s digital platform to crowdsource innovations to accelerate the delivery of the UN Sustainable Development Goals., kicked-off a 2021 program of challenges to fact-track impact on food production, clean air and equality. Challenges include: Mobilizing action on climate change and ensuring climate adaptation; a Deloitte-led challenge focused on education inequality; accelerating the clean energy transition; mobilizing protein diversification to transform how we produce food; achieving health equity; and pursuing clean air for all. For more about Uplink see The Innovator’s Interview Of The Week with Kenneth Kwok.

The Forum launched the Essential Digital Infrastructure and Services Network, or EDISON Alliance. The Alliance will work with governments and industries to accelerate digital inclusion. Its goal is to ensure an unprecedented level of cross-sectoral collaboration between the technology industry and other critical sectors of the economy.
A multi-sector board will steer the Alliance. Hans Vestberg, Chairman and Chief Executive Officer, Verizon, will serve as Chair of the Alliance and Board. He is joined by Paula Ingabire, Rwanda’s Minister for ICT and Innovation; Ajay Banga, Mastercard Executive Chair; Shobana Kamineni, Executive Vice-Chairperson of Apollo Hospitals Group; and Robert F. Smith, Founder, Chairman and CEO of Vista Equity Partners. The World Economic Forum will serve as the secretariat and platform for the Alliance. A wider group of leaders will advise and support the Alliance.

What Policies, Practices and Partnerships Are Needed To Prevent  A Cyber Pandemic?

The Forum has created Future Series: Cybercrime 2025, a joint program of work with the University of Oxford – Oxford Martin School, enabling organizations to share and develop research, insights and responses to future risks as a community. The initiative convenes over 150 global experts from the world’s leading companies, research institutions and public-policy departments. Major collaborators include Palo Alto Networks, Mastercard and KPMG, and support from such institutions as Europol, ENISA and NIST. The first findings and recommendations of the community’s work were recently published in the Cybersecurity emerging technology and systemic risk report.

How Far Away Is Quantum Computing?

During a wide-ranging fireside chat Google CEO Sundar Pichai predicted that practical uses for quantum computing are still 10-20 years away but predicted that in the next three to five years developers will start to test some exciting quantum applications.

Alt-protein company Beyond Meat and beverages company PepsiCo are joining forces to develop a range of plant-based snacks and drinks.Their joint venture, The PLANeT Partnership, is aimed at “increasing accessibility to plant-based protein around the world,” the two US companies said in a statement.

Bank of America, JPMorgan Chase, PNC Bank, TD Bank, Truist, US Bank, and Wells Fargo have piloted a data sharing risk assessment service that streamlines risk evaluations of data aggregators and financial apps. The new centralized service, provided by TruSight and KY3P by IHS Markit  makes it easier for banks to onboard customers into data aggregation services, such as Plaid and Finicity.
https://www.finextra.com/newsarticle/37353/big-us-banks-pilot-data-sharing-risk-assessment-service

Goldman Sachs was first with its Marcus online-only bank launch in the UK in 2018, but JPMorgan is now following suit with its Chase brand. While Marcus confined itself to savings accounts, Chase promises a “new take on current accounts”.

Chinese banks are gearing up to seize back lost business in consumer loans from fintech players like Ant Group, emboldened by a regulatory sea change that is making them more competitive while more hurdles are created for their online rivals.

Walmart  will add small robot-staffed warehouses to dozens of its stores to help fill orders for pickup and delivery, the company said on Wednesday, as Americans shift their spending online amid the COVID-19 pandemic.

Since being unveiled in 2016, Sophia – a humanoid robot – has gone viral. Now the company behind her has a new vision: to mass-produce robots by the end of the year. Hanson Robotics, based in Hong Kong, said four models, including Sophia, would start rolling out of factories in the first half of 2021, just as researchers predict the pandemic will open new opportunities for the robotics industry.

GM To Go All Electric

General Motors plans to completely phase out vehicles using internal combustion engines by 2035, Chairman and Chief Executive Officer Mary Barra announced Thursday. The automaker will go completely carbon neutral at all facilities worldwide by 2035.Barra has frequently touted GM’s plan for “an all-electric future,” recently increasing to 30 the number of pure battery-electric vehicles it will launch by the middle of this decade, but this marks the first time the largest Detroit automaker has set a hard target for completely phasing out gas and diesel engines for all light-duty vehicles, including pickups and SUVs.

Didi Chuxing Technology is close to finalizing a $1.5 billion round of funding for its Uber-like on-demand trucking unit.

Uisee, a Beijing-based company founded by a group of tech veterans including the former head of Intel Labs China, said Monday it has closed a funding round north of 1 billion yuan ($150 million) from investors including the National Manufacturing Transformation and Upgrade Fund, a $21 billion state-backed fund that aims to promote and upgrade the manufacturing value chain in China, with the Ministry of Finance as the biggest shareholder.

Wolt, the Helsinki-based online ordering and delivery company that initially focused on restaurants but has since expanded to other verticals, has raised $530 million in new funding. Since launching with 10 restaurants in its home city in 2015, five years on Wolt has expanded to 23 countries and 120 cities, mostly in Europe but also including Japan and Israel. More recently, like others in the restaurant delivery space, Wolt has expanded beyond restaurants and takeout food into the grocery and retail sectors. This, says the company, sees it offer anything from cosmetics to pet food and pharmaceuticals on its platform.

The use of facial recognition technology to hire and fire people based on their moods, personality or level of engagement in the workplace should be outlawed, according to proposals to be unveiled on Thursday by the 47-country Council of Europe. Private companies would also need to gain the specific consent of individuals for use of their facial recognition data, according to the plans seen by the Financial Times.