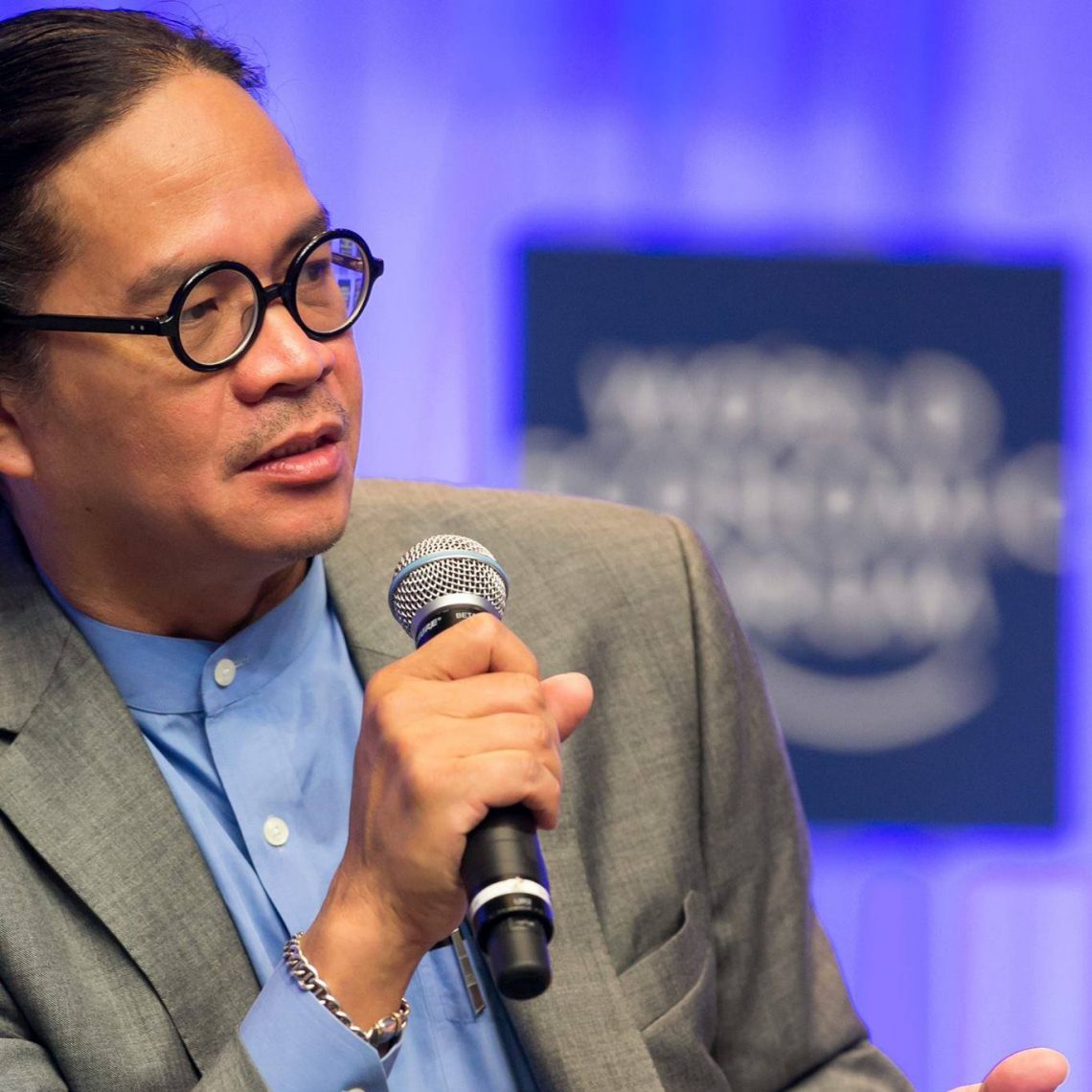 Yobie Benjamin, a former Global Chief Technology Officer for Citibank’s Global Transaction Services, is a successful entrepreneur, angel investor and  futurist. His interests and investments span  reversing climate change, robotics, longevity, AI/ML, finance, software, cybersecurity, space, healthcare,  retail and consumer products. Benjamin, who is based in Silicon Valley, is currently a Partner at PA Consulting a UK-based consultancy, working on product innovation with multinational corporations, and is a member of the board of directors of the California Healthcare Facilities Funding Authority.Benjamin is also the co-founder and CTO Emeritus of Token.io,  a startup providing software to banks that recently named as one of the top five crypto/compliance/banking companies in the UK.  He has invested in dozens of startup companies including some that have become unicorns. He currently sits on several startup boards and is senior advisor to several startups in the synthetic biology space.  Recently he was part of an investment group that bought the Netspend division from New York Stock Exchange listed Global Payments for $1 billion.

Earlier in his career he served as a Partner and Chief of Global Strategy at Ernst & Young and a Partner and Managing Director for Computer Sciences Corporation responsible for CSC’s Business and Technology Risk Management division. Benjamin is also former chair of a civilian volunteer group at NASA AMES Collaboration Labs and  a former member of the U.S. Federal Reserve Bank Faster Payments Task Force. He recently spoke to The Innovator about how to thrive in today’s digital era of disruptive technological change.

Q: What prompted you to leave Citibank and launch a startup?

YB: Citibank’s Global Transaction Services is responsible for global money flows of $3 trillion to $9 trillion per day, or $1.25 quadrillion a year, so it difficult to fathom just how much power Citibank has. But regulation and compliance are the enemy of innovation; they prevent you from inventing stuff that is transformative. Citi is regulated by the Federal Reserve Bank, Office of the Controller of Currency, Office of Foreign Asset Control, the U.S. Treasury Department, Consumer Financial Protection Bureau, banking regulators from all 50 states and bank regulators from every country that Citi operates in.  Any ‘innovation’ has to pass muster with all the regulatory agencies. That’s why, in areas like payment, you have companies like Stripe and PayPal that out-innovate banks. These companies begin with no compliance and regulatory oversight and even when they become mature companies, they deal with far less regulation.

In 2016 my friend Steve Kirsch, the founder of search engine Infoseek and the inventor of the optical mouse, and Marten Nelson, saw an opportunity in the EU and UK and we co-founded token.io, a B2B account-to- account payment software company, which a week ago was named one of the top five fintechs in the UK. Later Todd Clyde (who is the current CEO of Token) joined the founding team.

Token offers best-in-class open payment and data connectivity in Europe, spanning 16 EU countries and the UK, and representing over 210 million potential end-users of Open Banking services and over €13 trillion in customer deposits. Today we move almost 25% of all account-to-account transfers in the EU and UK, which is really significant. Until we came along these payments were being handled by credit card systems, which are really expensive. If you cut the credit card companies out by making account-to-account payments from one bank to another, with no intermediaries, the fees to consumers are much lower and it is more efficient and more secure. In addition, we are fully SEPA and PSD2 compliant.  I think this will be the future of banking. So far Token.io has raised $90 million in total from investors, which include Mastercard. It is a good example of speed of innovation because once you are outside of that highly constrained box of regulation and compliance you can build very fast with almost no boundaries.

Q: Product innovation is tough even for companies that don’t have as many regulatory constraints as banks. What sort of advice do you give them?

YB: Every company has a comfort zone. It is really hard, but to do well you have to go outside of it in order to grow your business. I have advised companies such as Nestle Purina and Proctor & Gamble. P&G’s biggest revenue earner is Tide [the laundry detergent] but it can’t survive on Tide alone forever. It came up with Tide pods, which was a natural extension of its business but an incremental innovation. To really win it is necessary to challenge yourself. It is about getting ahead of your view of the customer and knowing where they are going to go five to ten years from now and how that likely to impact your product development cycle. This is true whether you are selling Tide or makeup or computers. Getting ahead of that view of the customer is incredibly hard but it is mandatory. It’s a matter of survival.

Q: What sorts of things should companies look at when mapping the future?

YB: Let’s take the example of mobile communications.  Mobile phones are being connected to satellites now. Think about the impact of no longer being tethered to 4G, or 5G or 6G or any kind of G.   Connecting with satellites will change the fundamental nature of coverage, meaning there will be no more blank spots and we will no longer be dependent on towers. If we don’t have towers anymore, there will be a whole generation of technology that is no longer relevant. In addition, Apple, a $3 trillion company, is coming out this year with phone-to phone-account money transfers so card swipe machine technology is dead and along with it the credit card rails. It will all be account-to-account and it will all be on the phone. Everything moves there, creating new paradigms for payments, consumer interactions and customer support. New services are going to crop up. How will they impact your business? Are you prepared?

Q: What are some of the other changes you see on the horizon that are likely to impact businesses?

YB: Clearly artificial intelligence and machine learning are front and center of large enterprises’ business future.  Properly and ethically used, companies can begin to accurately predict their customer’s behaviors, needs, wants and maybe even things the customer may not know yet. New products will be created at the speed of light.  Cloud and distributed computing will ultimately replace  Jurassic on-premises data centers.  That said, security is far more challenging in cloud-based systems.

The Internet will become far more central and critical to businesses than it is today.  We have already seen the death of mainstream television and cable TV and soon even streaming media will be on its deathbed.  Media will become fully on-demand and alongside this transformation, consumer behavior will change dramatically.  I predict every individual person becomes a media company producing and consuming content and information. We moved from a few TV channels to hundreds of cable channels, thousands of streaming channels and soon to billions of channels.

Advances in synthetic biology, genetics research and gene editing will lead to new therapies and improved quality of life for all of us. One of my companies is developing an artificial pancreas that will improve the lives of diabetics.  Another company I am working with is working to extend human life by 50% while allowing people to still have a high quality of life.

Q: What about augmented reality and robotics?

YB: I believe in augmented reality as a tool to improve both communication and the human experience. We already see its application to robotic and remote telemedicine.  Unexperienced field technicians in every field can be guided by true experts remotely.  Gaming will be far more immersive.  Language translation will be real-time and perfect.

I am not convinced that the metaverse as Meta sees it will come to fruition.  We have already seen evidence of this.  Twenty years ago, Second Life made a big splash only to crater. I still have a fundamental belief that we humans want to interact with real people.  People will always crave real touch, sights, and sounds.  There is no kissing a metaverse being.

Robotics will be significant and will profoundly impact the labor market.  Anything repetitive will be replaced by robots.  Assembly lines will disappear and only the most highly trained craftspeople might survive.  Already, we have robotic baristas, robotic sushi chefs and even fully robotic fast food.  This means realignment of labor and skills.  While you cannot have a robotic plumber fix your clogged sink your HVAC system will be remotely fixed and maintained.  Legions of jobs will disappear.  Long-haul driving will be a dying occupation.  Auto mechanics are done as electric vehicles will have 60% – 70% less parts than conventional gas cars.

These developments will have a domino effect, sometimes for the good, some for the bad.  We should all prepare for a future that will be here faster than we expect or know.

Q: What advice do you have for companies?

YB: The Washington Post just ran a story about how there are now hundreds of subvariants of Omicron and the companies creating monoclonal antibodies say they can’t keep up, the virus is moving too fast. So, what does that mean? It means we need to think faster and develop therapies than the virus can mutate.I t is almost the same as the environment that companies need to deal with daily. Innovation is like a virus. It is viral in nature and changes and evolves so rapidly that if you don’t do the same, it is going to beat you and you are going to lose.