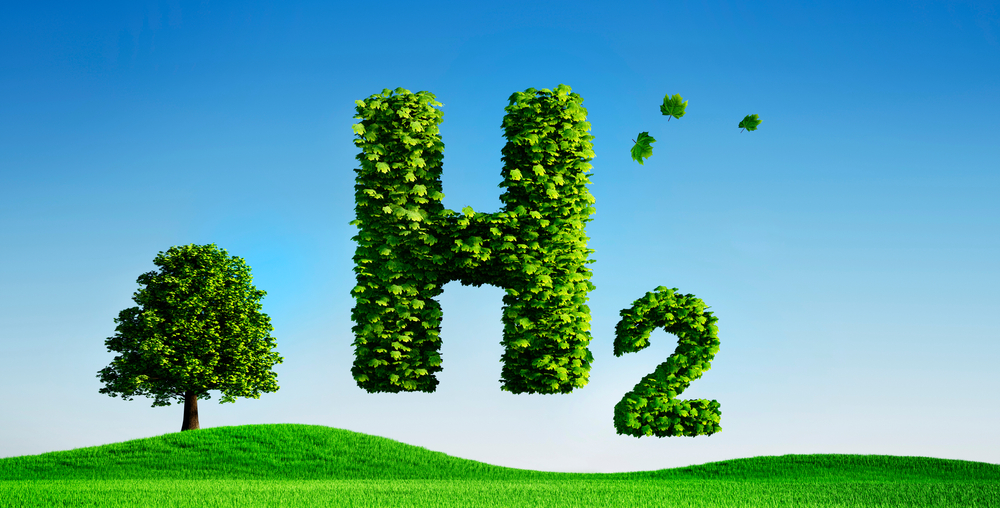 GravitHY, a new France-based green iron company will not only support the growing demand for zero carbon steel; it was set up as part of a larger plan to accelerate industrial value chains and clean tech innovation.  The aim is to develop an annual €100 billion green hydrogen economy in Europe by 2025, a goal made more urgent by the war in Ukraine.

Partners in GravitHY include ENGIE, which offers deep knowledge of hydrogen, renewables and electricity markets, Plug, a manufacturer of electrolysers, which offers experience on integrated hydrogen projects. GROUPE IDEC, a major player in all segments of the real estate market (development, investment, design-build, energy), which will provide services for the industrial site, Primetals Technologies, which will provide cutting edge technologies and expertise to enable green and low carbon steel production and FORVIA, a green mobility technology company, which represents the off-take side of the value chain.  Technologies developed by startups are also expected to be integrated.

GravitHy’s partners were brought together under the umbrella of the European Green Hydrogen Acceleration Center (EGHAC), an arm of EIT InnoEnergy, the innovation engine for sustainable energy supported by the European Institute of Innovation & Technology, a body of the European Union (EU), and are an example of how legacy businesses and young tech companies can team to help solve the United Nations Sustainable Development Goals.

“The idea is to get everyone around the table and create a new company that will drive the change,” says Camel Makhloufi, EGHAC’s Technical Director.

A Bridge Between Innovation And Industry

EGHAC’s mission reflects the larger goal of EIT InnoEnergy to serve as a bridge between innovation and industry, says Karine Vernier, CEO France of EIT InnoEnergy. Taking innovations out of university labs or startup garages and integrating them into large legacy businesses is notoriously difficult.  EIT InnoEnergy invests in startups, coaches them, and introduces them to industrial players in its ecosystem. Its 29 shareholders represent some of Europe’s largest businesses and it has 350 startups in its portfolio. Rather than taking the “spray and pray” approach of many corporate venture funds, EGHAC carefully matches startups with legacy companies to co-create new industrial players, distributing the risk and building new value chains.

Vernier points to the European Battery Alliance as a case in point. The alliance’s main aim is to build up battery technology and production capacity in the EU, which is crucial for low-emission mobility, energy storage, and Europe’s economic strategy and sovereignty. When it launched the alliance in 2017, Europe had almost no battery cell manufacturing at scale, only accounted for around 3% of the world market and faced a future with a mostly foreign-supplier-dependent EU. Over the past five years the alliance has attracted the industrial participation of some 440 actors and around €100 billion in investment commitments and created a gigafactory, Northvolt, which has a valuation of $12 billion. The expectation is that production in the EU will match demand by 2025.  “Everyone said Europe could not catch up,” says Vernier, “but we proved it was possible by working a bit differently and using a collaborative model.”

Now Europe is trying to do the same with steel.  EGHAC played a crucial role in backing H2GreenSteel (H2GS), a large-scale steel producer based on a fossil-free manufacturing process. H2GS, which is located in the Boden-Luleå region in northern Sweden, includes a giga-scale electrolysis, powered by fossil-free electricity, as an integrated part of its production site, with the aim of producing the green hydrogen needed to bring 5 million tonnes of high-quality steel to the market by 2030, with a gradual ramp up starting in 2025.

To ensure that Europe can create green steel at a competitive rate it has to make sure that each part of the production process is integrated into the value chain, Vernier says. That is why it is now creating GravitHy.

EIT Innogy’s shareholders were asked if they wanted to take part. Those with expertise agreed to join, and outside partners, including startups in EGHAC’s portfolio are being brought in to contribute their expertise and help spread the risk.

The green steel initiative aims to help Europe with two of its biggest challenges: climate change and energy sovereignty.

The steel sector is responsible for 8% of the global energy demand and 7% of the energy sector CO2 emissions (including process emissions) annually – making it one of the biggest carbon emitting industries. GravitHy supports the emissions reduction of steel by generating and using green and low-carbon hydrogen to produce direct reduced iron (DRI). The DRI will be used either on-site as a feedstock for green steel or traded globally under the form of Hot-Briquetted Iron. The goal is to directly contribute to the decarbonization of the hard-to-abate value chain of steelmaking and support the EU’s ambition of carbon neutrality by 2050. Doing so will  support the EU’s goal to wean itself off of natural gas from Russia.

: “Given the geopolitical, energy and industrial situation we are experiencing, Europe has a strategic interest in developing a thriving hydrogen economy,” Thierry Breton, European Commissioner for Internal Market, said in a statement at GravitHy’s launch. “The GravitHy project is an important milestone and will contribute to our European goal of producing 2 million tons of clean hydrogen by 2027.”

The main area of use for its green hydrogen will be to reduce iron ore to direct-reduced-iron, or DRI, which is also referred to as iron sponge. Using green hydrogen instead of coal could reduce CO2 emissions from the reduction process by around 95%.

In traditional steel making, reduction of iron ore is done by heating it together with coke produced from coal, utilizing a chemical reaction that separates the oxygen from the iron, forming and emitting CO2. In H2’s production, green hydrogen reacts with iron ore similarly to carbon, resulting in the extraction of oxygen. But instead of creating CO2, the main by-product is H2O.

Demand for green hydrogen in the steel sector is expected to escalate.. Nearly all European flat-steel players have announced the gradual replacement of their coking-coal-based blast furnace plants to decarbonize their steel production. For many of the newly built plants, the initial intention was to use natural gas as the feedstock or reducing agent to process ore into pig iron in. The iron would then be used in a basic oxygen furnace to produce flat steel. But European steelmakers need to reconsider their decarbonization strategies because of rising natural-gas and electricity prices, as well as potential limitations on the natural-gas supply tied to tensions with Russia over the war in Ukraine, notes McKinsey in a June 22 research note.

This would mean that flat-steel players would need to double down on the sourcing of limited green hydrogen while carrying out the required infrastructure build-up and potentially to accept a trade-off in securing supply versus the cost competitiveness of green hydrogen, says the McKinsey research note. “Securing early access to green hydrogen is even more important now, with it being the one direct alternative to natural gas.”

EGHAC is being supported by Breakthrough Energy, an organization founded in 2015 by Bill Gates to create to rapidly scale and accelerate the commercialization of critical climate technologies.  “We are seeing so much momentum on green hydrogen in Europe and wanted to be supportive of the whole ecosystem of projects,” says Julia Reinaud, Senior Director, Europe.

Hydrogen will be a scarce commodity in the near term, so it is important to prioritize the biggest needs, says Reinaud. Sectors that will need materials produced with green hydrogen include automotive, energy, fertilizer production and aviation. Much will depend on whether customers are willing to pay a green premium and the integration of green hydrogen into the supply chain, she says,

In addition to integration of green hydrogen into the value chain the key to success is ensuring that there is a market and that there are customers willing to pay a premium, says Reinaud. Sweden’s H2 Green Steel has already pre-sold over one and a half million tonnes of steel to be produced by green hydrogen to customers out of the planned initial yearly production volume of 2.5 million tonnes. The off-take supply agreements are for volumes the company will produce from 2025 onwards. Customers include BMW, Scania, Mercedes-Benz, Electrolux and Miele.

Europe’s green steel is off to a good start, says Reinaud. “There is proof that there is a market and customers willing to pay a premium.”

Europe has “the possibility of going green with technologies developed in Europe and without having to rely on gas,” says Makhloufi, EGHAC’s Technical Director.  The steel sector is a good example of how Europe is steeling itself for that change, he says.