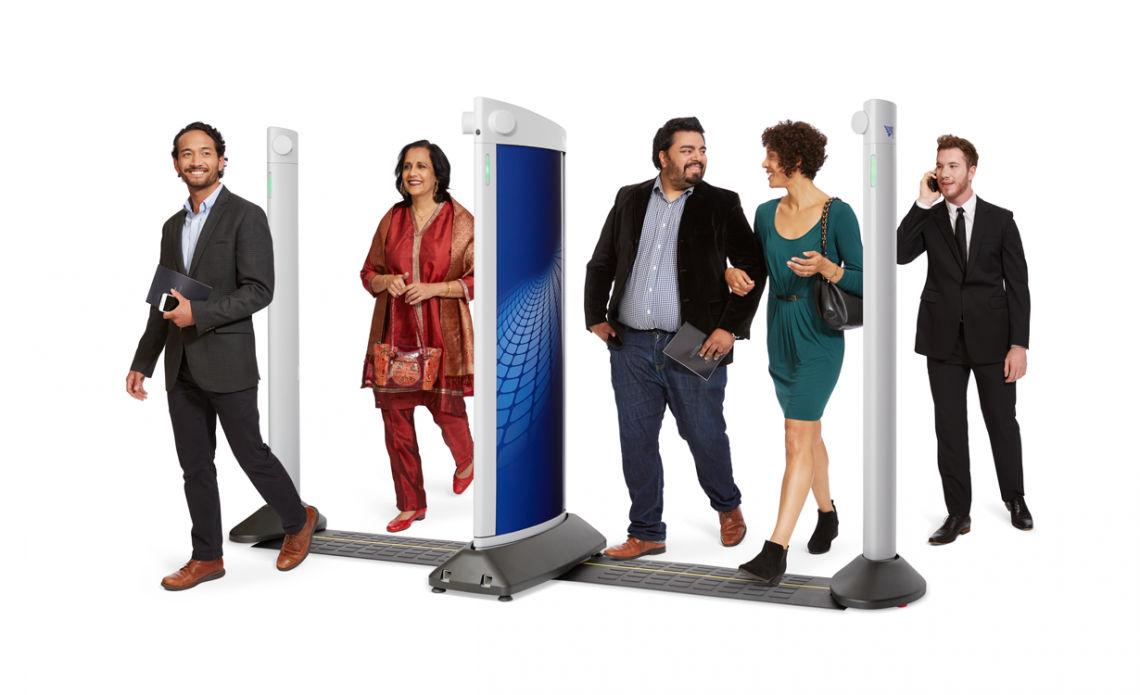 On June 3 U.S. startup Evolv Technology announced that its AI-powered threat detection system, which requires no stopping, no emptying of pockets or removing items from bags, will be used to screen all employees and visitors to Six Flags, enabling the theme park company, which employs 50,000 people,  to gradually reopen its 26 North American amusement parks to the public while respecting COVID-19 social distancing and hygiene recommendations.  It is the latest example of how office buildings, museums, stadiums and other public spaces are being retrofitted with new technology tools to keep people safe during the pandemic and beyond.

Evolv, which has filed more than 100 patents and boasts Bill Gates as an investor, has hundreds of clients, including Lincoln Center in New York City and American retailer L.L. Bean. Now it is seeing a spike in demand from new types of customers, Evolv Technology CEO Peter George, said in an interview with The Innovator.

The company’s go-to-market strategy to date was focused on venues that needed safety but didn’t want to use metal detectors “because it created lines and felt too much like an airport or a prison,” he says. Now, though, places like Six Flags, which have been relying on metal detectors, are ditching them for high-tech options.  “Every business that was using metal detectors for screening is saying ‘ I can’t open up with this old tech’,” says George. “Metal detectors don’t work post COVID-19 because with social distancing requirements you can’t have lines and nobody wants anybody to be touching their stuff.”

Evolv’s touchless technology can tell the difference between a weapon and a phone or keys, so there is no need to put personal items in trays or have security guards sift through handbags.

The company’s hardware looks like an open gate. People can walk through it naturally, even in groups, and keep all their possessions with them, alleviating congestion and reducing person-to-person interaction.  The combination of AI, machine learning and milliwave sensors  enables threat detection. Real-time image-aided alarms showing guards exactly where the potential threat is on a person or in his or her bag. This greatly reduces the amount of physical contact required between guards or personnel and those being screened, allowing venues to implement a “no-touch” policy. Guards direct people to open their own bags and remove certain items for closer inspection.

Frontier City in Oklahoma City, Oklahoma, will be the first Six Flags park to reopen and the first to put Evolv’s technology into use. The park will operate from June 5-7 at reduced attendance levels in preview mode for members and season pass holders only. After a short initial reopening phase, Frontier City will gradually increase attendance levels throughout the month and expand to all guests.  Other parks are waiting for a green light from the governors of individual states before re-opening, George said.

Evolv charges a monthly fee for its security-as-a service and offers optional add-ons, such as facial recognition technology that allows companies to screen for terrorists or other undesirables. And this month it is announcing another option: body temperature recognition. If a visitor’s body temperature is above 100 degrees it will set off an alarm so the person can be taken aside.

“We are essentially a threat detection platform,” says George. “It is not like the threat of mass shootings have gone away.  Now there is a new threat. The virus has weaponized people. Our technology gives clients the capability to deal with both kinds of threats and adjust on the fly. “

A clutch of other startups have made headline recently by introducing new tech tools to help companies with facilities management in the age of COVID-19.

Before the pandemic, VergeSense , a San Francisco startup that raised new funding in May, had nearly 100 companies including Royal Dutch , using its cameras to track how staff are using office space. In recent weeks, following increased interest from customers wanting to track physical distance rather than collaboration, it has updated its software to track and score social distancing, reports The Wall Street Journal.

Envoy, a Silicon Valley startup specialized in visitor check-in technology recently announced that it is adding products to help companies manage each step of inviting employees back to work, approving their entry, and ensuring the right people come on-site each day, so they can safely welcome back employees. It is introducing touchless sign-in via mobile phone for both employees and visitors to give companies a germfree way of keeping an accurate list of everyone coming in and out of their facilities. It is also introducing tools to help companies set and enforce a capacity limit for the workforce.

Sensor startup Density said last week that it has seen a more than 500% increase in sales and is landing Fortune 500 deals, in an interview with BusinessInsider.  Its sensors allow companies to set maximum capacity for any room, floor, or building and automatically determine if there’s enough space for people to enter. It says its technology can keep track of safety compliance across millions of square feet of space and when headcount reaches unsafe levels, its tools will notify security and workplace teams in real-time.

WaitTime, a startup which bills itself as a Waze for stadium concession stand lines, is expanding its offer to help stadium and building managers figure out where too many people are gathering too close and take appropriate measures, according to a story in The Spoon.

Meanwhile Irisys, a U.K. company that manufacturers thermal imaging, people counting technologies and a real time grocery queue management solution,  has leveraged its 20-plus years of experience in the retail analytics space, working with brands like Cincinnati-based grocery store chain Kroger, to create a product called SafeCount, tailored specifically to the needs of food retailers in the age of the corona virus, reports Progressive Grocer.com. Suitable for buildings of all sizes, SafeCount  delivers live occupancy data with visual warnings and alerts when limits are approached or exceeded.

In a time of increasing uncertainty it seems like companies wanting to comply with health recommendations and keep their employees and customers safe will increasingly have to count on – and count with – tech.

Reuters reported that Amazon.com is in early-stage talks to buy a stake worth at least $2 billion in Indian mobile operator Bharti Airtel. Over the past six weeks, Jio, the digital arm of Reliance Industries raised $10 billion from global investors including Facebook as it seeks to establish itself as a one-stop digital commerce platform. Alphabet Inc’s Google is also exploring an investment in Vodafone Idea, a joint venture between Britain’s Vodafone Group and India’s Idea Cellular, the Financial Times reported last week.

AliExpress, the cross-border e-commerce business of Alibaba Group Holding, aims to enlist more than 100,000 online influencers from around the world this year, helping create original “shopertainment’ content designed to attract and engage more users to the platform, according to The South China Morning Post. The new influencer campaign will initially focus on Europe, with a focus on Russia, France, Spain and Poland. This social commerce strategy, which has proven successful in China, is being introduced overseas via AliExpress Connect, a new part of Alibaba’s English-language global business-to-consumer marketplace. In three years, this program is expected to build an army of influencers numbering more than one million.

Alibaba targets SMEs in The U.S.

Volkswagen Group finalized Tuesday its $2.6 billion investment into Argo AI, the U.S.-based self-driving car startup that came out of stealth in 2017 with $1 billion in backing from Ford, reports Techcrunch. Argo AI is developing the virtual driver system and high-definition maps designed for Ford’s self-driving vehicles. That mission now expands to VW. Ford and VW will share the cost of developing Argo AI’s self-driving vehicle technology under the terms of the deal.