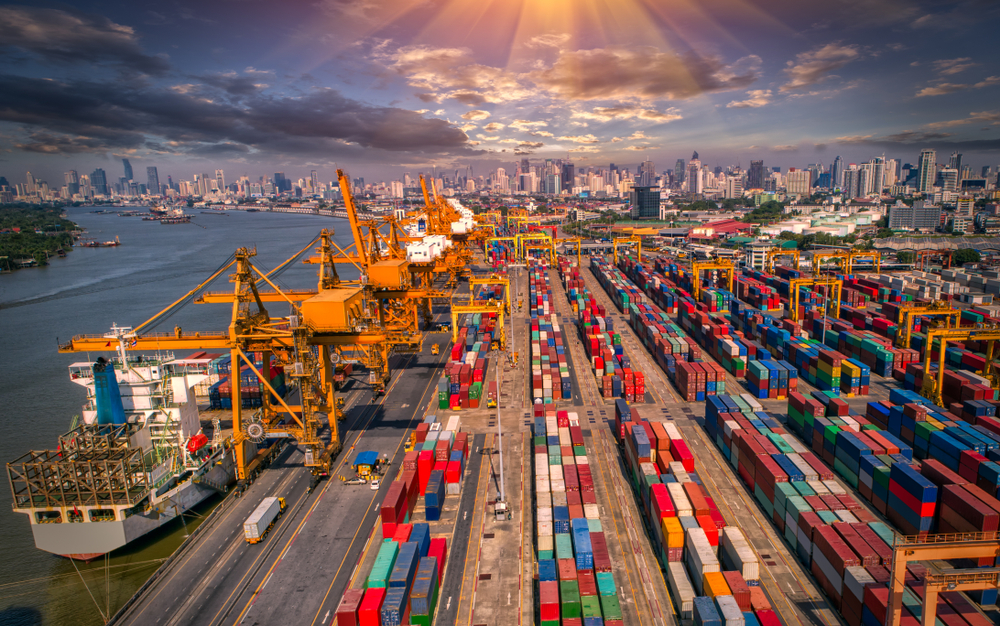 Eight global supply chains account for more than 50% of annual greenhouse gas emissions. Only a small proportion of these emissions are produced during final manufacturing, according to global management consultant firm Boston Consulting Group (BCG).  Most are embedded in the supply chain in base materials, agriculture, and the freight transport needed to move goods around the world.

For producers of many of these materials, as well as for freight transport players, ambitious decarbonization is extremely challenging. Many emission reduction measures are comparatively expensive. Supply chain partners often operate in markets that are commoditized, with slim margins and limited opportunities for differentiation. Across a whole value chain, however, emissions may be addressed more affordably, BCG says in a report. In most supply chains, there is the potential for substantially more efficiency and for much greater reuse of materials. In addition, a large share of emissions comes from traditional power, which can be replaced relatively cheaply with renewables.

So why is supply chain decarbonization not already commonplace?

A recent BCG survey of 1,300 companies around the globe found that only 11%  reduced their emissions in line with their stated ambitions over the past five years. What’s more, many companies are underestimating their carbon footprint by an average of 30% to 40%. Getting a view on indirect so-called scope 3 emissions is even more complex. The challenges are especially daunting for companies with more than ten thousand subscribers like Royal Philips, a Dutch multinational headquartered in Amsterdam which focuses on health technology.

While many companies are just beginning to look at how to decarbonize their supply chains, Philips is five years into its program. Robert Metzke, Philips’ Chief of Staff Innovation & Strategy and Global Head of Sustainability, shared some of the company’s learnings with The Innovator.

In 2018, Philips became the first health technology company to have its CO2 emission targets assessed and approved by the Science Based Targets initiative (SBTi). With these targets, it committed to reduce its CO2-equivalent emissions from its sites by 75% by 2025, and 90% by 2040 (compared to 2015 levels) and to further reduce indirect (scope 3) greenhouse gas emissions across its entire value chain by launching a Supplier Sustainability Performance (SSP) program.

In March of 2021 not-for-profit environmental impact disclosure organization CDP for the fifth year in a row recognized Philips as one of the highest-ranking companies on its Supplier Engagement Leaderboard – an annual assessment of disclosures about how well individual companies proactively work with their suppliers to ensure sustainability throughout their value chain in terms of climate change mitigation. Based on Philips’ 2020 disclosures, CDP ranked Philips among the top 7% of all companies assessed for supplier engagement on climate change.

Last month Philips announced is stepping up its program with the goal of at least 50% of its suppliers (based on spend) committing to science-based targets  for CO₂ emissions reduction by 2025.

If successful, the company says its major push to decarbonize the company’s supply chain will have an impact seven times greater than the reduction of CO₂ emissions from Philips’ own operations.

The divisions that operate a company’s supply chains “have a global reach and typically focus on quality, reliability and finance,” says Metzke. “If we use them to also drive down carbon emissions it can really help scale climate action.”

Philips has developed six steps to decarbonize its supply chain.

Why Suppliers Give The Program A High-Rating

Zhejiang Haishun Electric Enterprises, a producer of accessories for electric shavers and hair clippers based in Wenzhou, China, is one of the suppliers in Philips sustainable supplier program. When it was evaluated by Philips in 2020, 38 areas for improvement were identified and Haishun set a new target of reducing energy consumption per unit by 3%, which mean saving at least 100,000 KWH of electricity and 2,000 tons of water per year. The company adopted a number of specific measures to achieve this, including improving its organic wastewater treatment process, replacing old air compressors and using infrared nano heating technology in injection molding machines.

“The evaluation and guidance from Philips showed us the potential opportunity for improvement and the measures [the company could take] to achieve the improvements,” Haishun said in a written reply to questions from The Innovator.

While other large companies that do business with the Chinese manufacturer also have social responsibility requirements, Haishun says Philips program has the following advantages: companies are evaluated through open and transparent self-evaluation questionnaires

instead of audits; the overall sustainable development performance level is used as measurement instead of the number of areas of non-compliance; continuous performance improvement is the goal, not the completion of the audit; Philips’ systemic approach focuses on the root causes of emissions rather than on eliminating the symptoms; suppliers don’t have to worry about being “punished”  for sharing real information.

Metzke’s advice for companies who want to decarbonize their supply chains? Take a systematic approach, focus on continuous improvement and be proactive.

Philips has developed a set of references such as the Responsible Business Alliance Code of Conduct, a set of social, environmental and ethical industry standards that originated with the electronics and is applicable to and used by many industries code), international standards such as the International Organization for Standardization ( ISO) and Philips own requirements  to  develop a ‘Frame of Reference’, covering  management systems, environment, health and safety, business ethics and human capital.

For each category the maturity level is identified in the ‘Program Execution Wheel’, which  assesses suppliers against a  Plan–Do– Check–Act  cycle. Suppliers are then categorized using a ‘supplier classification’ model, which differentiates on supplier maturity and results in supplier-specific proposals for improvement. The process
is monitored and adjusted through continuous feedback. Each stage has at least two milestones  that need to be passed by a supplier
before it can move to the next stage. Additionally, this structure enables  program management and subject matter experts to track individual suppliers and overall progress and performance against set targets.

One of the challenges for large companies is that the supply chain is both vast and broad, so it is important to prioritize which suppliers a company engages with and the level of their sustainability program’s maturity, says Metzke. He advises segmenting suppliers according to overall sustainability, geography, and sector. “You can’t deal with 10,000 suppliers on a one-to-one basis,” he says. “You’ve got to take a segmentation approach to the program, otherwise it is not scalable.”

It is really important to know “where your suppliers are on the journey. Team up with the head runners,” Metzke says. “Creating supplier training networks can be used as a way of accelerating progress.”

Think of embracing sustainable development as future proofing your business, he says. “Reducing carbon emissions is essential for the future of the planet and society,” he says. “It has also become a condition for running a successful business.”