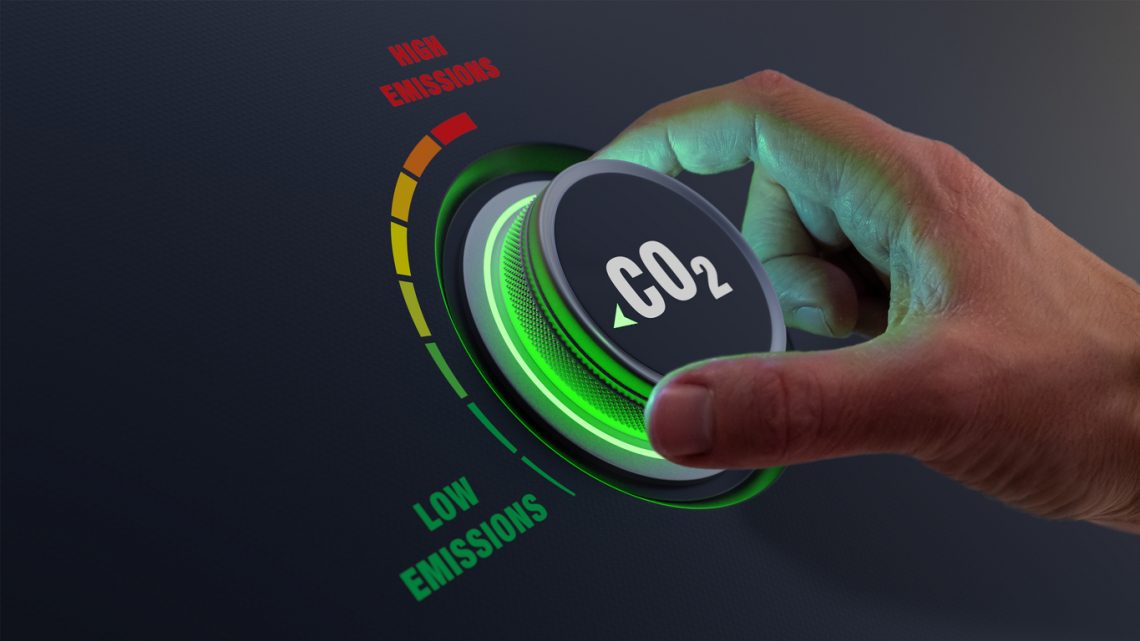 To reach the Paris climate targets, global emission levels will need to be cut in half by 2030, reach net-zero by 2050 and stay net negative throughout the second half of the century. Yet,  a just released BCG survey of 1,300 companies around the globe found that only 11%  reduced their emissions in line with their stated ambitions over the past five years.

What’s more. many companies are underestimating their carbon footprint by an average of 30% to 40%.

“Measurement is a key roadblock with 91% of companies failing to measure the full scope of their emissions,” Sylvain Duranton, the global leader of BCG GAMMA, a division dedicated to AI, data science and advanced analytics applied to business, said during an October 13 press conference.

In a new study BCG maintains that artificial intelligence can help companies not only more accurately measure but also reduce carbon emissions.

But using technology to measure carbon footprints and develop mitigation strategies is not enough. Decarbonization technologies being developed by startups such as carbon-capture storage solutions and green fuels  are needed to hit the global goal of net-zero emissions by 2050.

To scale these green technologies and take them to market, at least a tenfold increase in investment is needed, according to How to Finance Industry Net-Zero , a World Economic Forum report released on Oct. 14.

Technologies that are currently under development will be responsible for over 40% of global greenhouse gas (GHG) emission  reductions in 2050, according to the Forum report. Industrial decarbonization requires new, innovative technologies, such as carbon capture and  storage, green hydrogen, sustainable aviation fuels and green ammonia, among  others. However, several technologies are not yet mature or competitive with their GHG emitting alternatives and are typically in the early stages of development and validation.

The report, which was co-authored by Oliver Wyman, outlines how to address the supply-and-demand-side gap, and take these technologies to the next level.

Part of the Forum’s Financing the Transition to a Net-Zero Future Initiative, the report brings together input from over 50 financial institutions and the public sector.

While a significant amount of capital is starting to flow into green solutions “it appears that on the critical issue of financing technologies that will solve industrial decarbonization, the financing system will not  deliver as things stand,” says the Forum report.

Since the issue is one of market failure, it will not be resolved by the actions of individual  stakeholders alone, says the report. Instead, a mechanism is needed for different stakeholders to co-design solutions and coordinate climate action.

One example previously reported on by The Innovator of how this could be done is a consortium formed by L’Oréal, Nestlé Waters, PepsiCo and Suntory Beverage & Food Europe to fund the research and development of a technology developed by French scale-up Carbios to make polyethylene terephthalate (PET) waste, one of the most common plastics in consumer goods, “infinitely recyclable.”

Structuring the collaboration was not simple as there was no ready blueprint for four consumer goods companies  from Europe, the U.S. and Japan to collaborate on the development of a technology with a startup.

While the four collaborating companies expect to be the first to go into production the technology will be offered under licensing agreements to PET producers supplying the world’s largest retailers and manufacturers. “The idea is that any company in the world will be able to buy this material,”  L’Oréal  said in a statement. “This has the potential to have a huge impact.”

The Carbios collaboration  represents a sea change in the way corporates work with each other and with startups. It also serves as an example of how traditional companies can work with startups and scale-ups to help solve the U.N.’s Sustainable Development Goals and move towards a circular economy.

Still, a targeted analysis of specific decarbonization technologies shows that some of the technologies being relied upon to deliver industrial decarbonization are not likely to be financeable in the next decade without a significant combination of green surcharges, carbon taxes or public incentives, the Forum report says. This means private sector efforts will need to be urgently complemented by public-sector intervention.

Green fuel is a case in point. Maritime transport, the backbone of global trade, is responsible for about 2.5% of global greenhouse gas (GHG) emissions, according to the third International Maritime Organization (IMO) Greenhouse Gas report.

A.P. Møller – Maersk, the global provider of container logistics, made headlines in August when it announced that it was spending $1.4 billion to build eight large container vessels that can be propelled by green methanol or fossil-based fuel.Since there isn’t enough clean fuel in production to power the new ships, Maersk partnered with REintegrate, a 15-person three-year-old Danish company to secure green e-methanol for the world´s first container vessel operating on carbon neutral fuel and help kick start the market.

“We are a first mover on this, and we believe this agreement could become a blueprint,”  Berit Hinnemann, Maersk’s Head of Decarbonisation Business Development, said in an interview for a story in The Innovator. ” If we can unlock these first projects, it could lead the way to huge progress.”

But, said Hinnemann, no company can do this alone. “This is a call for action, ” she said. “Many actors need to play their part – regulators, energy developers, makers of clean fuel as well as shipping customers.”

Getting to net zero will require this type of all-hands-on-deck approach, says the Forum report. “It is imperative that innovation across technologies and financing structures, and policy and cooperation across the stakeholder ecosystem, be enabled and encouraged to successfully catalyze system-level change.”

OPTIMA, a new €21.3 million public-private research program that will seek to use artificial intelligence (AI) to improve care for patients with prostate, breast and lung cancer, was announced this week by the Innovative Medicines Initiative, a joint undertaking of the European Union and the European Federation of Pharmaceutical Industries and Associations.

● Develop AI-based decision support tools that can be employed in electronic health records. These tools will help clinicians make care decisions based on the leading clinical practice guidelines for prostate, breast and lung cancer.

A pop-up airport for electric flying taxis will be in operation later this year near the UK city of Coventry. The Air-One facility will be open for just one month, and is a collaboration between government agencies, private-sector businesses and the aviation industry. It has been developed by Urban Air Port, with the involvement of the Urban Air Mobility Division of Hyundai Motor Group and Coventry City Council. The pop-up airport is being built as a proof of concept of a zero-emissions hub for future modes of travel. Electric vertical take-off and landing (eVTOL) vehicles are being suggested as a low-carbon way to ease congestion as people travel between urban centers.

Universal Hydrogen, a Los Angeles start-up that wants to convert passenger planes to fly on hydrogen, said it will start testing its fuel cells with a 40-seat jet next year after it raised fresh funding from investors including Tencent and GE Aviation. The company has attracted $62 million in new investment, on top of the $22 million it raised in April. Investors include the venture arms of Toyota, JetBlue and Fortescue. Universal Hydrogen has already signed deals with at least five regional airlines to buy conversion kits to replace their current engines with a hydrogen fuel cell and electric motor and said the planes should be operational by 2025. It will then sell them hydrogen fuel cells on subscription. The airlines include Icelandair, Ravn Alaska, Spain’s Air Nostrum and Ireland’s ASL Aviation.

Agreena, a Dutch startup that mints, verifies and sells carbon credits generated by farmers who transition to more regenerative forms of farming, raised a $4.7 million seed funding round led by Giant Ventures, along with the Danish government’s Danish Green Future Fund. A number of European farmers also participated.

Agreena says its platform provides farmers with an economic incentive to switch from traditional arable farming to regenerative agricultural methods by issuing them a “CO2e-certificate” which can be sold between farmers and potential buyers.

So how does it work? Farmers register their fields and get advice on transitioning to regenerative practices. The changes are then monitored by Agreena via satellite imagery and soil verification. The farmers can then sell the CO2e-certificates independently or via Agreena’s marketplace to companies that want to buy the carbon offsets from the farmers. Buyers then track their sponsored CO2 reductions at a field level via Agreena’s platform.

To read more of The Innovator’s news in context stories click here.