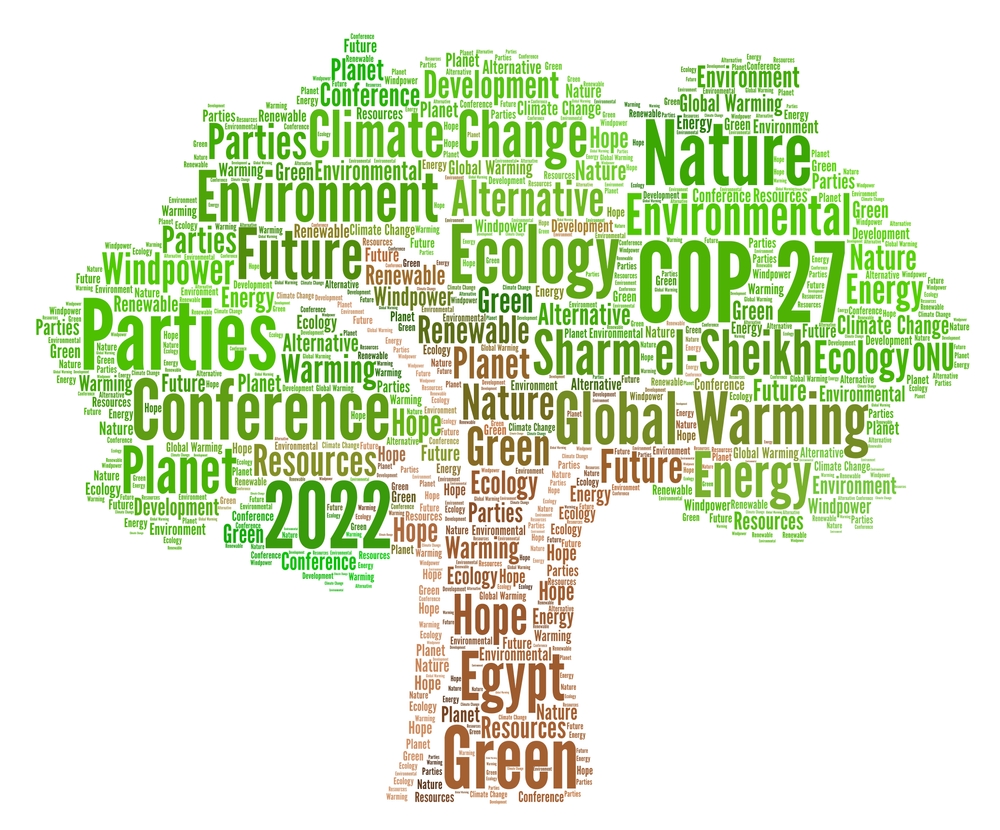 The World Economic Forum and the U.S. Special Presidential Envoy for Climate announced the expansion of a coalition of global companies and a commitment to spend $12 billion in 2030 purchase commitments for green tech to decarbonize the cement and concrete industry and other hard-to-abate sectors during the COP27 United Nations Climate Change Conference in Sharm El Sheikh, Egypt this week.

The latest expansion of the First Movers Coalition – made up of 65 companies with a collective market value of approximately $8 trillion – focuses on cleaning up one of the world’s most carbon-intensive industry sectors through purchasing commitments for low-carbon technology. From construction and engineering to real estate and developers, newly announced First Mover companies have committed to purchasing at least 10% near-zero cement and concrete per year by 2030.

The news comes at the same time as the Rockefeller Foundation released a first-of-its kind analysis and aggregation of climate finance globally, revealing a formidable gap. The new report, What Gets Measured Gets Financed: Climate Finance Funding Flows and Opportunities, developed in coordination with Boston Consulting Group (BCG), found that only about 16% of climate finance needs are currently being met.

To achieve net zero, public and private sector entities across the globe will need approximately $3.8 trillion in annual investment flows through 2025 but only a fraction of this capital is currently being deployed, according to the report. It says that emerging technologies and markets are experiencing the most severe financing shortfalls. Critical decarbonization levers such as carbon capture and sequestration and fuel cell technology are significantly underfunded, with only approximately 5% of needs met.

According to experts, the critical climate target of 1.5ºC can only be reached if new decarbonizing technologies are quickly developed. Demand signals today for innovative green technologies by 2030 are needed to ensure that innovative green solutions are invested in and scaled in this decade.

There is widespread agreement that large traditional companies have an important role to play in helping scale-up emerging green tech technologies by partnering with the young companies developing them. The First Movers Coalition is doing just that. Since the Coalition’s launch in 2021, companies in the Coalition have made advance purchase commitments by 2030 for near-zero carbon steel, aluminum, shipping, trucking, aviation, carbon dioxide removal solutions and now cement and concrete.

Sanofi has signed a strategic research collaboration with Hong Kong-based biotech firm Insilico Medicine in a deal worth up to $1.2 billion, to leverage artificial intelligence to speed up its drug-discovery process.The French healthcare company will put up as much as $21.5 million in upfront payment and target nomination fees to Insilico, which could rise to $1.2 billion subject to hitting certain undisclosed research, development and sales milestones, according to Insilico.

JP Morgan is teaming up with Mastercard on a service that uses open banking to let customers make payments using their bank account information instead of a card. The Pay-by-Bank service offers ACH payments that use open banking so that customers can permission their financial data to be shared between trusted parties to let them pay bills directly from their bank account. This means that customers do not need to type in routing and account numbers each time they need to pay a bill. For billers and merchants, it automates consumer on-boarding and reduces the risk and cost of storing bank account information. JP Morgan says the offering will be particularly beneficial for recurring payments. Pay-by-Bank is currently being piloted with a few billers and merchants before an expansion next year.

Two of the world’s biggest wealth managers are experimenting with switching client meetings from oak-paneled boardrooms to the metaverse, but have struggled to overcome data security and motion sickness. UBS and Julius Baer, Swiss banks that specialize in providing white-glove financial advice to billionaires, have each trialed the use of clunky headsets and pixelated avatars to interact with clients, according to people interviewed by the Financial Times. But neither bank is close to rolling out a virtual reality offering to their ultra-rich customers after the experiments caused concern over the technology’s ease of use and the ability to share documents securely. “The technology is not there yet — frankly it looks like Atari graphics at the moment and people who have tried it have had feelings of motion sickness,”  one bank executive involved in the trials was quoted as saying. “We also have a lot of issues with confidential and sensitive data security.”

Renault and Google Are Teaming To Create A Software Defined Vehicle

A new pact, which expands on a previous collaboration between the two firms, will see Renault commit to making what it calls a “software defined” vehicle using technology from Google’s Cloud division. Using artificial intelligence, the two companies plan to create a “digital twin” of a new vehicle. Digital twins aim to replicate physical objects in a virtual setting so that they can be tested and monitored before real-world deployment.The deal will help Renault develop new onboard and off-board applications, the companies said. Renault will use data analytics to detect and resolve any failures in how the vehicle functions, and personalize users’ experience to adapt to often-used destinations, such as electric vehicle charging stations.

Germany’s Bosch has formed a partnership with IBM to use quantum computing and simulation technology to find alternatives to the rare earths and metals needed for electric vehicles.The minerals used in magnets in electric motors, membranes in fuel cells for hydrogen technology as well as in aerospace and defence are expensive and often mined in unsustainable ways. China supplies 98% of European Union demand for magnets made from rare earths, and battery minerals lithium, nickel and cobalt are also almost entirely imported from abroad. The research cooperation will use quantum computing to explore which different materials could partially or fully replace those currently used, Bosch’s corporate research and development chief Thomas Kropf told Reuters. The aim is to achieve results within a decade.

Amazon Debuts New Warehouse Robot That Can Do Human Jobs

Amazon has debuted a warehouse robot that can pick up and sort millions of individual unpackaged products, in a move that will automate more jobs as the U.S. e-commerce giant faces pressure to significantly cut logistics costs. The group said the robot, named Sparrow, is its first one with the capability to “detect, select, and handle individual products in our inventory”, a task that had previously been the exclusive domain of Amazon’s warehouse employees. Sparrow, a robotic arm that harnesses computer vision technology to identify and pick up small products, was unveiled at an event in Boston on November 10.

While the Industrial Internet of Things has many advantages, it also comes with security threats that can create high risk situations. A team at S. Korea’s Incheon National University has developed a new AI-based design, based on a multi-layer deep learning approach, for a security system that can not only detect malware attacks in IIoT systems, but also classify them. Compared to conventional system architectures, the university says the new design showed an improved accuracy that reached 97% on the benchmark data set. The hope is that this new malware classification system can be used to secure real-time connectivity applications such as smart cities and autonomous vehicle and provides solid groundwork for the development of advanced security systems that can curb a wide range of cyber crime activities.

DB Schenker announced an offer that lets customers  choose Sustainable Aviation Fuel (SAF) for their air transport to anywhere in the world and independent of the type of aircraft or airline used. Via virtual allocation of the biofuel, the company says in a press release that it is possible to avoid up to 100% of CO2 emissions. Currently, SAF is 3-5 times more expensive than regular fossil-based fuel.  For their ESG reporting, customers that decide to pay the premium for virtual allocation of SAF for an air freight shipment receive certification for the exact amount of greenhouse gases avoided. While the actual physical insertion of SAF might occur on different flights, the exact CO2 emissions of a flight or shipment with conventional kerosene are avoided, according to DB Schenker This process is called a “virtual application” and can also be exercised for upstream emissions originating from the production and transport of the biofuel itself.