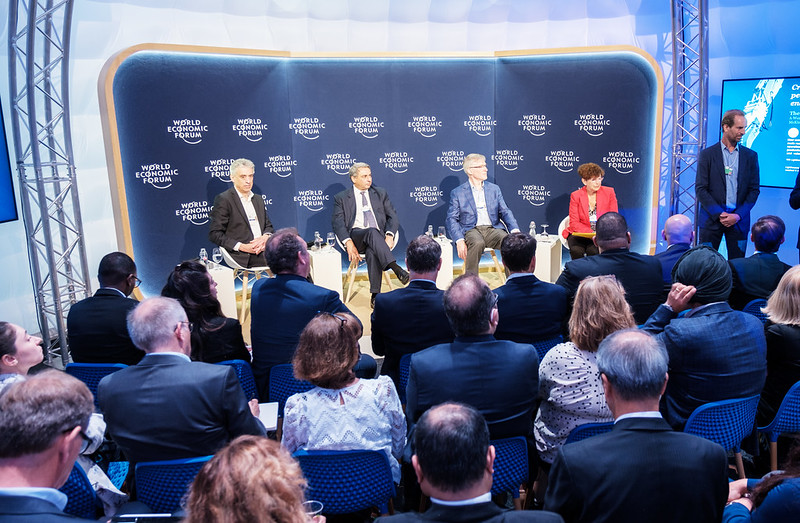 The First Movers Coalition sent a clear message to government and business leaders during a press conference at the World Economic Forum’s annual meeting in Davos May 22-26: Clean tech innovation is needed to get the planet to Net Zero.

According to the International Energy Agency around half of the emission reductions needed to get to Net Zero will have to come from technologies that are currently in the demonstration or prototype stage such as carbon capture, sustainable aviation fuels and green hydrogen. Young companies developing these technologies need to raise hundreds of millions – even billions of dollars – to get to scale. Offtake agreements with large corporates are crucial in helping them gain traction.

The First Movers Coalition, which was launched by U.S. President Biden and the Forum at COP26 to decarbonize the heavy industry and long-distance transport sectors – the sectors responsible for 30% of global emissions – acts as a kind of buying club. It announced at the Forum’s annual meeting in Davos that 20 more companies and eight new countries are joining. With the addition of the newcomers, the number of companies in the coalition now number more than 50. Their market cap represents about $8.5 trillion across five continents and they all are making advance purchase commitments by 2030 aimed at helping clean tech scale.

“This is a demand signal, one of the biggest we could send,” John F. Kerry, U.S. Special Presidential Envoy for Climate, said during the press conference. Also at the press conference were Microsoft co-founder Bill Gates, Google Chief Financial Officer Ruth Porat, Salesforce Co-founder, Chairman and Co-CEO Marc Benioff. (pictured here). At the press conference Google’s parent company, Alphabet, and Microsoft and Salesforce announced that they are collectively promising to spend $500 million on technology to capture and store carbon emissions.

The latest companies to join, which include Ford, are all making financing commitments to ensure new technologies are available for scale-up by 2030 and make a critical contribution to achieving net-zero emissions by 2050.

The First Movers Coalition targets sectors including aluminum, aviation, chemicals, concrete, shipping, steel, and trucking, which are responsible for 30% of global emissions – a proportion expected to rise to over 50% by mid-century without urgent progress on clean technology innovation.