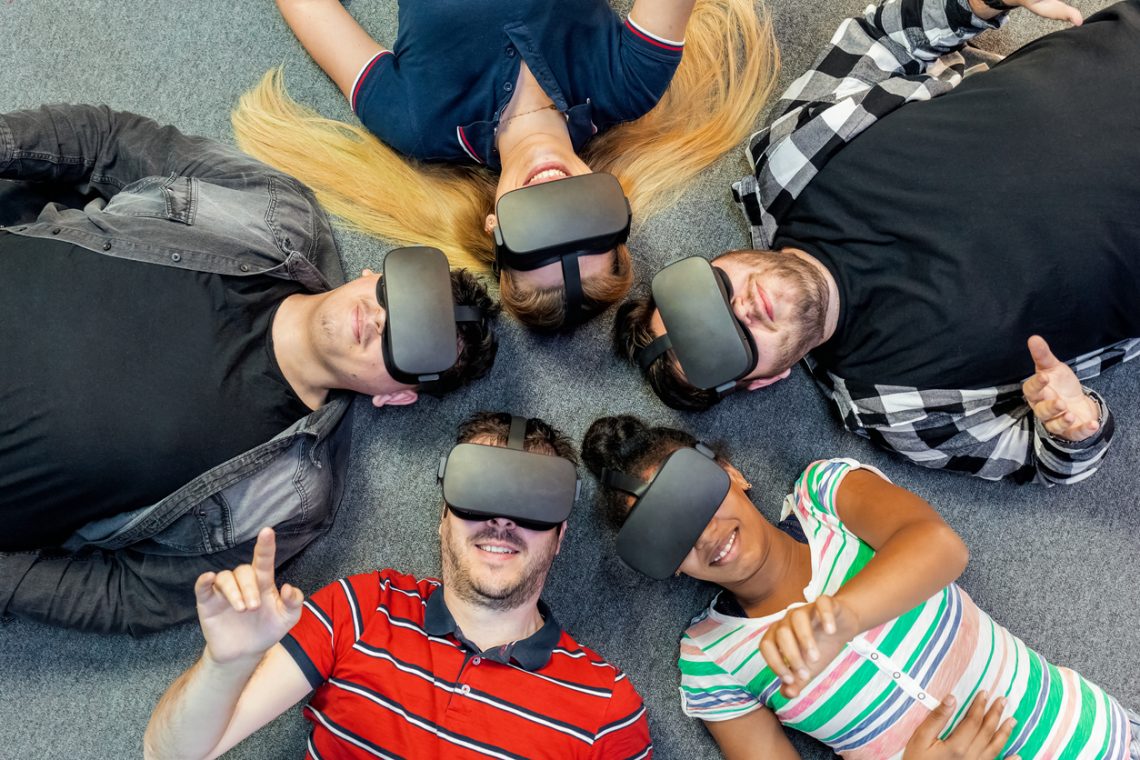 McKinsey predicts the metaverse will generate $5 trillion in revenues by 2030 and impact every industry so it is no surprise that corporates like IKEA and Sony Interactive Entertainment as well as tech companies such as Meta, Microsoft, Adobe, Alibaba, Autodesk, Huawei, NVIDA and Qualcomm, want to have a say in its foundation.

Major companies already have invested huge sums to establish their stake. Meta is betting its future on the metaverse. Meta CEO Mark Zuckerberg told CNBC June 22 that the metaverse could be a considerable part of the social network operator’s business in the second half of the decade.

“We hope to basically get to around a billion people in the metaverse doing hundreds of dollars of commerce, each buying digital goods, digital content, different things to express themselves, so whether that’s clothing for their avatar or different digital goods for their virtual home or things to decorate their virtual conference room, utilities to be able to be more productive in virtual and augmented reality and across the metaverse overall,” Zuckerberg told CNBC.

Other major companies already have invested huge sums to establish their stake in the new immersive world. For example, Epic Games, received a pair of $1 billion investments from Sony Group and KIRKBI, the parent company of The Lego Group, to help Epic “shape the future of the metaverse to make it safe and fun for children and families.” Qualcomm is establishing a $100 million fund that will be used to back developers and companies building extended reality (XR) experiences, as well as associated AR and AI technologies.

Multiple industry leaders have stated that the potential of the metaverse will be best realized if it is built on a foundation of open standards. The Forum will explore where the lack of interoperability is holding back metaverse deployment and how the work of Standards Developing Organizations should be coordinated and accelerated. Open to any organization at no cost, the Forum says it will focus on pragmatic, action-based projects such as implementation prototyping, hackathons, plugfests, and open-source tooling to accelerate the testing and adoption of metaverse standards, while also developing consistent terminology and deployment guidelines.

The group includes established standards-setting bodies like the World Wide Web Consortium (W3C). Missing from the member list for now however is Apple which analysts expect to become a dominant player in the metaverse race once it introduces a mixed reality headset this year or next. Gaming companies Roblox and Niantic also were not included among the forum’s participants, nor were emerging crypto-based metaverse platforms like The Sandbox or Decentraland.

Forum meetings are expected to start in July 2022. More information on joining can be found at metaverse-standards.org.

Netflix Co-Chief Executive Ted Sarandos confirmed that the streaming company is speaking to multiple potential partners to help it enter the advertising business, telling an industry conference that it may build its own ad business in the future.Netflix said in April that it is exploring an ad-supported version of its platform and in recent weeks has explored a range of partnerships that could help it bring those plans to fruition. Comcast, NBCUniversal and Alphabet’s Google have emerged as top contenders to work with Netflix, the Wall Street Journal reported June 22.

Amazon Is Training Alexa To Imitate the Voices of Real People, Including The Dead

Amazon is developing a voice-mimicking feature for its virtual assistant Alexa that replicates the speech of people alive and dead, joining other companies that are experimenting with creating digital memories of people after death. Rohit Prasad, head scientist of Alexa, showed a video clip of the new feature in action at Amazon’s re:MARS 2022 conference on artificial intelligence on Wednesday. Prasad said Alexa is able to mimic voices after accessing less than a minute of recorded audio of a voice.

Swedish autonomous-truck startup Einride  will test its self-driving freight vehicles on public roads in the U.S. in an operation with GE Appliances after getting approval from federal regulators. Einride plans to put one of its electric vehicles, which have no cabs for drivers, on a one-mile stretch of road between two warehouses in Tennessee for GE Appliances, a subsidiary of home appliances company Haier. The National Highway Traffic Safety Administration recently greenlighted the company’s test run.