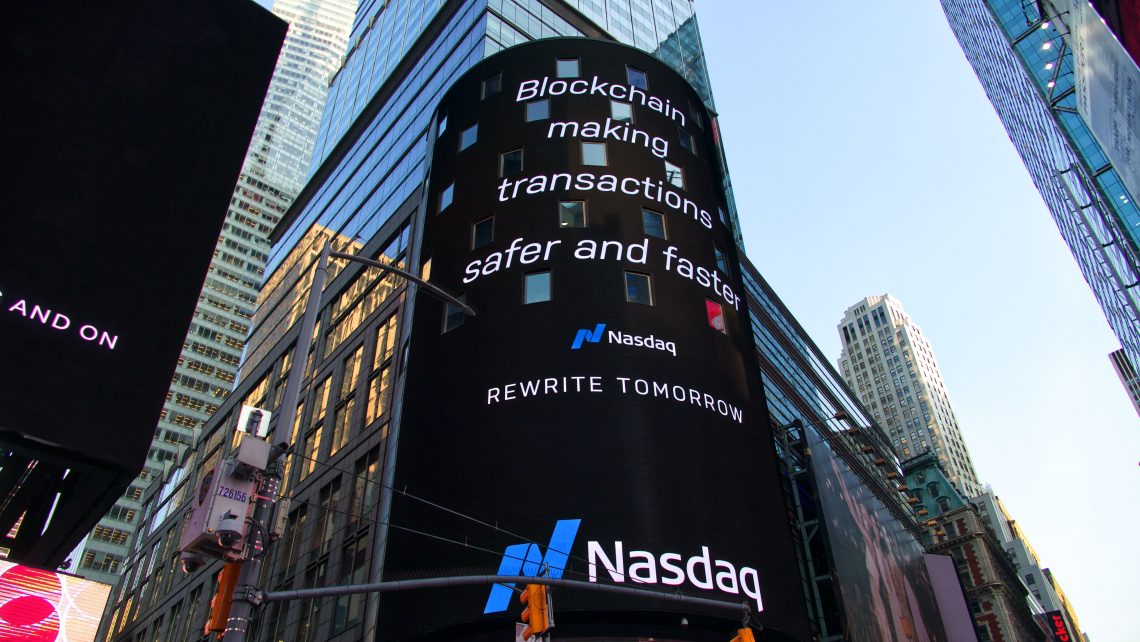 NASDAQ is already pushing the technology to its clients but news announcements this week underscored how blockchain is increasingly becoming mainstream. JPMorgan announced the first commercial transactions with its own cryptocurrency, JPM Coin, and invited its 400-plus financial institutions (including 25 of the largest 50 banks) as well as corporates and fintechs to start building on top of its blockchain platform, which it has renamed Liink. “Liink as a new brand comes at a pivotal time, as we look to re-architect how money, information and assets move across the globe,” Umar Farooq, CEO of Onyx, a new JPMorgan division set up to commercialize blockchain projects, said in a statement. Read on to learn more on this story and this week’s most important  technology news impacting business.

JPMorgan, which is famous in the blockchain world for creating the Ethereum-based Quorum network, released a flurry of news Oct. 27, the headline being that its wholesale banking digital currency JPM Coin is now live . Takis Georgakopoulos, JPMorgan global head of wholesale payments, said a major tech firm will use the token to make global payments starting this week. The bank said that all Quorum-based services will now fall under the new Onyx brand. “We are launching Onyx because we believe we are shifting to a period of commercialization of those technologies, moving from research and development to something that can become a real business,” Georgakopoulos told CNBC.

JPMorgan also revealed that Liink is the new name for what was formally known as the bank’s Interbank Information Network, which was designed to connect banks in a peer-to-peer fashion and help them remove the pain points from cross-border payments and other functions. While Liink is not open-source like Quorum, JPMorgan is encouraging collaboration within the network and also expanding it beyond banks. “The focus has been on building a peer-to-peer network for cross-border payments, thus the original name,  but we are now also incorporating corporates and fintechs into the Liink ecosystem as well,” Christine Moy, head of JPMorgan’s newly rebranded Liink banking network, told Coindesk.

“Liink participants have the ability to build applications on the network, and in doing so are able to spotlight their local expertise with global reach,” said Moy. “If a Liink participant has specific expertise around payments in a particular region or currency, for example, it has the opportunity to build an application and deploy it on Liink to make it available to the network.”

But blockchain isn’t just transforming finance. It also being increasingly embraced in the logistics sector. News broke this week that seven of Japan’s largest corporates are investing in a new trade data management system powered by blockchain with the potential to introduce significant efficiency savings for companies in importing and exporting goods. Seven companies are reportedly preparing to invest in the new platform, which relies on blockchain technology to secure recorded data against risks from external tampering and unauthorized access, according to Nikkei.

Built to handle receipts and letters of credit, the platform is specifically designed for the needs of firms importing and exporting from Japan. The platform is also equipped to deal with documents handled by logistics and insurance companies, aiming to make data handling more efficient as well as more secure.

The seven companies participating in the program feature some of Japan’s biggest corporates, including  MUFG Bank, Toyota Tsusho, Kanematsu, Sompo Japan Insurance and Tokio Marine and Nichido Fire InsuranceThe blockchain service is expected to be up and running by the end of the fiscal year, and has already been put through its paces by Mitsubishi. In initial trials, the system has reportedly improved data processing times by as much as 50%.

Bank of Cambodia director general Chea Serey says the system, known as Bakong, will make cashless transactions easier. The move follows a similar move by the Central Bank of the Bahamas, which has rolled out so-called Sand Dollars which can be used to pay for goods via digital wallet –

The Monetary Authority of Singapore plans to award as many as five permits by the end of this year, including two for full digital banks for consumers — the category that the Grab-Singtel venture has applied for. The Grab-Singtel consortium has the potential to win a 2% to 4% share of the local consumer market excluding mortgages in five years, and may break even over a similar time frame, according to one analyst interviewed by Bloomberg. Singtel, majority owned by state-owned investor Temasek Holdings, is expected to be able to build trust among its customers and take in bank deposits.

At the Cronin Lab at the University of Glasgow chemists has developed software that translates a chemist’s words into recipes for molecules that a robot can understand. Professor Lee Cronin, the lab’s principal investigator, has designed a robotic chemist called a “chemputer” that can produce chemicals from XDL programs, including the drug remdesivir, a FDA-approved antiviral treatment for the coronavirus. Cronin and his colleagues represent one of many groups rushing to bring chemistry into the digital age

Robotic surgery giant Intuitive Surgical has launched its first venture capital fund, aimed at early-stage companies with a focus on delivering and supporting the field of minimally invasive procedures.With an inaugural $100 million fund. Its aim is to build an international portfolio of players developing new digital tools and device platforms, as well as adjacent companies in diagnostics and therapeutics.

Russia’s largest food retailer, X5, plans to expand its online delivery services to stave off competition from deep-pocketed tech companies encroaching on the grocery sector. The company aims to increase the number of its 12 million monthly active online users “several times over” in the next three years through apps that will compete with popular new delivery channels from Sberbank, Russia’s biggest bank, as well as tech companies Yandex and Mail.ru. Igor Shekhterman, X5’s chief executive, told the Financial Times that the company wanted its new array of delivery services to attract new customers to its more than 17,000 stores under its Pyaterochka convenience store and Perekrestok supermarket brands. “You can call it an ecosystem or not, but we are going to use it to create services that will help us attract more customers, follow them each step of the way, and monetize them as much as we can,” Shekhterman said. “What we don’t want to be is part of someone else’s ecosystem and lose part of our margins while giving away customer interaction.”

A joint battery venture of Toyota and Panasonic aims to boost efficiency of development and production processes by 10 times to better compete with larger Chinese rivals, its chief said October 27. The venture, Prime Planet Energy & Solutions Inc, is now the world’s largest supplier of batteries for hybrid vehicles, and was created in April by pooling part of the battery-related equipment and engineers of the two firms.

Israeli clean meat startup Aleph Farms, which unveiled the world’s first slaughter-free steak grown from animal cells in late 2018, is looking to take its lab-grown meat production out of this world.The Israeli company has already experimented with meat production in space, producing slaughter-free steak at the International Space Station last year. The initiative was a bid to demonstrate its mission to provide sustainable food security on Earth and beyond, by producing meat regardless of the availability of land and local water resources.Now, Aleph Farms is announcing a new program called Aleph Zero to advance food security by producing fresh quality meat anywhere, independent of climate change and natural resources, and to introduce new capabilities for producing food even in the harshest, most remote environments like space. If successful, the program.