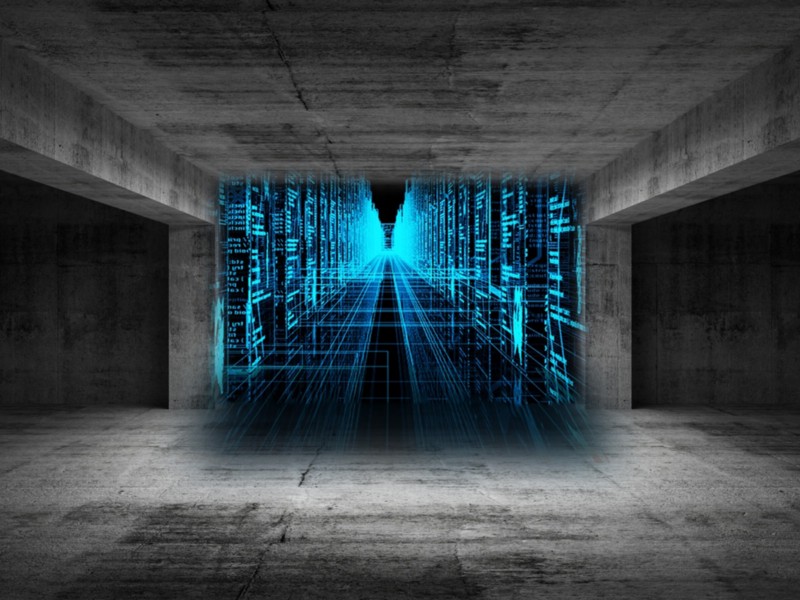 Microsoft called on governments and companies around the world to share more of their data with other organizations to prevent what it warned will be a concentration of digital power in the hands of a small number of giant tech companies; the French government tussled with Apple over control of the collection of data from citizens during the pandemic; Facebook invested $5.7 billion into India’s Jio, uniting two huge pools of Indian consumers and their data and upping the stakes in a war with rivals Amazon and Walmart for control of the lucrative e-commerce market in India; and Chinese Internet giant Alibaba signaled its intentions to increase its global footprint. All of these moves are part of power plays to amass and control huge datasets, leading to growing friction between Big Tech and government and East and West.

Microsoft on Tuesday threw its weight fully behind the “open data” movement, which involves making data available to be shared and reused by others, in much the way that open source software has transformed the way some computer code is produced. It said it would collaborate with other organizations on opening some of its own data for wider use, while creating standardized tools and legal frameworks to make it easier for others to follow suit. Brad Smith, Microsoft’s president, said greater sharing of data was needed to counter the growing influence of big companies that are amassing a large share of the data collected over the Internet.

“We see increasingly a looming data divide,” Mr Smith said in an interview with the Financial Times, with countries and companies that have access to less data in danger of being left behind. Microsoft’s own business would benefit from the wider reuse of data as would large European businesses who aim to create their own platforms.

Microsoft’s position reflects views expressed in a February communication from the European Commission to the European Parliament proposing a European strategy for data. The paper outlines how currently, a small number of Big Tech firms hold a large part of the world’s data, reducing the incentives for data-driven businesses to emerge, grow and innovate in Europe. But the paper says, a large part of the data of the future will come from industrial and professional applications, areas of public interest or Internet-of-things applications in everyday life, areas where the EU is strong. It also notes how opportunities will also arise from technological change, with new perspectives for European business in areas such as cloud at the edge, from digital solutions for safety critical applications, and also from quantum computing.

The aim is to create a single European data space –a genuine single market for data, open to data from across the world –where personal as well as non-personal data, including sensitive business data, are secure and businesses also have easy access to an almost infinite amount of high-quality industrial data, boosting growth and creating value. To this end, the EU plans to combine fit-for-purpose legislation and governance to ensure availability of data, with investments in standards, tools and infrastructures as well as competences for handling data. The February communication proposes Europe create co-generated manufacturing data as well as dedicated pools of data around heath, energy, agriculture, public administration, skills and scientific research. The approach is being touted as a third way: an alternative to the U.S., where power is concentrated in the hands of a few private sector players and to China’s approach, which it describes as a combination of government surveillance with a strong control of Big Tech companies over massive amounts of data without sufficient safeguards for individuals. “In order to release Europe’s potential we have to find our European way, balancing the flow and wide use of data, while preserving high privacy, security, safety and ethical standards,” the European Commission paper says.

But it is difficult to collect data and determine what happens to it when you don’t control the rails, as the French government is discovering. Apple’s operating system prevents contact-tracing apps using its Bluetooth technology from running constantly in the background if that data is going to be moved off of the device, a limit designed to protect users’ privacy. But that limitation is standing in the way of the type of app that France wants to build: a sovereign European health solution that will be tied to its own health system to track the spread of COVID-19, France’s Digital Minister Cedric O said in an interview this week with Bloomberg.

Ministers have discussed their concerns with Apple, but aren’t making progress, he said. Apple and Google are developing their own technology to help build contact-tracing apps. Their platform should become available to governments and public health authorities everywhere next month.

The Google-Apple system relies on smartphones’ Bluetooth connections and will allow users to keep their data on their handsets. However, France and the European Union want to feed the data to a central server, managed by state health services, which would alert users if they come into contact with a person infected by Covid-19.

The European Union said last week it would scrutinize the Silicon Valley giants’ technology to ensure it meets the bloc’s new standards governing the deployment of Covid-19 apps.Mobile apps should be voluntary, approved by national health authorities, preserve users’ privacy and dismantled as soon as they are no longer needed, the EU said in its new guidelines, which are part of a broader effort to coordinate exit strategies among member states when they slowly lift existing lock-down measures.

Apple and Google have defended their system’s privacy, saying users’ names and locations won’t be shared or stored. Both U.S. Internet giants would benefit from collecting the anonymized info and adding it to their enormous datasets.

In a move to increase its own access to data Facebook said this week it will pay $5.7 billion for a 10% stake in Reliance’s fast-growing telecommunications and digital services business Jio, its second largest investment after the $19 billion purchase of the messaging service WhatsApp in 2014. The deal unites two huge pools of Indian consumers and their data. In the four years since it launched, Jio has attracted 388 million people to sign up for its ultra-cheap mobile phone plans, which turbocharged Internet use in the country, notes a story in the Financial Times. Shut out of China, Facebook’s attempt to break into India got off to a poor start when the government blocked its “Free Basics” Internet access app in 2016, but it has since amassed 400 million users of WhatsApp, and plans to start offering them payment services.

Analysts told the Financial Times that the shared reach among consumers and respective insights into spending or viewing habits is likely to provide Facebook and Jio valuable opportunities for advertising and designing future ventures. The two companies will start with e-commerce, setting up an immediate challenge to global rivals Amazon and Walmart-owned Flipkart as the coronavirus lockdown forces many Indians to shop online for the first time. Reliance this year launched e-commerce platform JioMart which allows consumers to source groceries and essentials from neighbourhood shops. It will now turn to WhatsApp to facilitate the transactions, opening up immediate access to a pool of potential customers that even its most seasoned competitors will struggle to beat. Analysts projects Indian e-commerce sales to more than double to $68.4 billion by 2022, from $26.9 billion in 2018, according to a report in the Wall Street Journal. Roughly half of India’s 1.3 billion have yet to get online, but they are expected to start transacting online when they do.

The social media giant, which is under attack from regulators around the world, will also gain an important ally as it navigates India’s challenging legal and regulatory landscape. Jio is controlled by Mukesh Ambani, the chairman, managing director, and largest shareholder of Reliance Industries, a Fortune Global 500 company and India’s most valuable company by market value, A pending data protection bill in India could force foreign tech businesses to overhaul parts of their business models and WhatsApp’s efforts to launch a digital payments service has been held up by regulators for two years, during which time Google, Walmart and a range of others have snatched valuable market share, notes The Financial Times.

While Facebook made inroads in India, Chinese e-commerce giant Alibaba this week underscored its intentions to increase market share outside its home market with two announcements. Alibaba Group said it will invest $28.26 billion in its cloud computing division over the next three years. It also said it will launch a $30 million program to provide cloud technology relief to small and medium enterprises around the globe during the coroana virus pandemic, reports the South China Morning Post. Successful applicants will receive free cloud services for a limited period of time.

Alibaba is approaching companies in emerging markets to help them with the digital transition of their business by offering them cloud services and a whole suite of AI capability to better manage their data. The end result is that a growing list of clients around the world are sharing the same back-end infrastructure for everything from fraud mitigation to e-commerce and banking, with payment wallets being built on top of the Alibaba Cloud, allowing the Chinese Internet giant to amass better and better datasets. As these platforms get bigger industry observers tell The Innovator that control points over trade could shift from political countries to digital platforms, creating friction with governments.

While today Alibaba is behind U.S. cloud providers such as Amazon it is catching up quickly and its influence in the developing world growing. “Expect Alibaba and Tencent to fight a fierce war over the next years in cloud space in the non-western world — the other six billion people the West tends to forget,” Pascal Coppens, author of “China’s New Normal, How China Sets The Standard For Innovation,” said in a Facebook posting this week.

Also in the news this week: