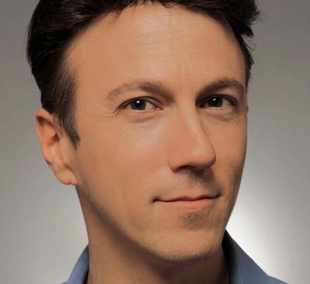 The ExO World Summit, a three-day virtual conference attended by over 2,000 people, focused on the future of healthcare, computing, government, transportation, energy and work. The Innovator takes you there.

Some highlights from the conference, which was organized by OpenExO: and cohosted by Peter Diamondis, an engineer, physician, and entrepreneur best known for being founder and chairman of the X Prize Foundation and co-founder and executive chairman of Singularity University and Salim Ismail, author of Exponential Organizations and founding executive director of Singularity University:

Healthcare: Dr. Daniel Kraft (pictured above), a Stanford and Harvard trained physician-scientist, inventor, entrepreneur, and innovator with over 25 years of experience in clinical practice, biomedical research and healthcare innovation, is currently leading a task force for the X Prize Foundation’s pandemic alliance that brings together multiple NGOs, universities and individuals. He talked about how we’re still practicing health care based on “old silos that have existed for hundreds of years and defining medicine based on anatomy and body parts when today we’re really in this connected genomic age.” So, he says, we really have the opportunity to “rethink and re-imagine healthcare.” Today what we really have is sick care based on intermittent episodic data collected when people go see their doctor once a year for a checkup or show up in the emergency room, he says. “We wait for the patient to show for the heart attack or a stroke or a late stage cancer or we’re reactive and wait for pandemic to arrive. I think the future and the potential for the future of health and medicine is to leverage existing and future technologies to be much more continuous and much more proactive,” says Kraft. It’s not about any one technology or exponential technology but how we put them together to address the grand challenges we have in healthcare, he says. “Today we’re still stuck in a model where the majority of healthcare systems are still using fax machines and clipboards and have patients waiting for an hour or more in the waiting room to see if physician or nurse. We’re still an old silos in mindset of how we set up our hospital systems our pharma companies and beyond so we really have an opportunity to take a step back now and think about how do we take the technologies that exist and the ones that are coming to move the needle forward to be much more proactive and preventative.”

A glimpse of what is to come: Now many people are wearing some form of wearable device allowing the medical profession to start to pick up and measure almost every element of physiology and behavior. This includes everything from accelerometers on the wrist to sensors that can fit inside a pill and tell whether you took your medication to digital patches that have an intensive care unit level of sensing that you can wear for days and are disposable. In the future all the new data in our wearables will move from data that sits on your device to being connected to your healthcare system and sifted by AI and machine learning to make sense of the data in order to optimize an individual’s health and wellness and to do early diagnostics at stage zero rather than stage three. When someone needs a therapy, whether it’s for cancer or diabetes or depression, the medical profession will be able to use the feedback loop to improve understanding and optimize therapy, he says.

So what are some of the things the medical profession can start to measure? Instead of just weighing people there are now shape scales that can additionally measure muscle mass and fat mass. Blood pressure will be measured on our wearable devices and our watches. Sensors in contact lenses centers and chips inserted underneath the skin will transmit vital signs and help chronic disease patients who are trying to optimize their health. There will be “shockable” technologies that prod people to change their behavior and devices that measure breath to pick up signs of early metabolic diseases or cancers. Connected socks will pick up the health of the feet of a diabetic patient and find hot spots before the patient gets into trouble and might need an amputation. Sensors that live in people’s underwear band will remotely monitor health. Home devices will analyze stools to measure health and microbiome activity. “Invisibles” won’t requite a patient to wear anything. Cameras embedded with AI machine learning will pick up the vital signs of a baby in a crib or an individual’s own heart rate and even calculate blood pressure from the camera on a smartphone.Wi-Fi is even being modified by MIT engineers to pick up the vital signs of more than 10 people in the same room.

Energy and Transportation: Speaker Ramaz Naam, a technologist and science fiction writer, talked about the economic impact of clean energy and electric cars and how they’ll affect “every business, every investor and every nation.” Solar power, wind power, battery energy storage have been plunging in price. In fact, he notes, it’s cheaper in parts of the world to build new solar or new wind installations than to continue to operate coal or gas plants. If the rate of decline of solar prices continues at the same pace we can expect a global average cost of about one cent per kilowatt hour and about a half a cent in sunny parts of the world, he says. While today solar provides only about 2% of the world’s energy that number could increase to 30% to 32%. Because the sun doesn’t always shine and the wind doesn’t always blow energy storage technology is crucial. The price of lithium-ion batteries have plunged in price by a factor of almost 10 in the last nine years and other storage technologies are on the horizon, he says.

Meanwhile, the price of electric vehicles is also declining sharply and when combined with autonomous vehicle technology and a shift to ride-sharing models, will have a huge impact on the auto and oil industries. “What we’re talking about is dropping the cost of per mile of hailing a vehicle by a factor of four or more from today,” says Naam. “It’ll be cheaper to just get into one of these electric robot taxis that to operate your car and that’s massively disruptive to the oil markets. We see how much oil companies have been hit by the reduction demand from Covet-19. Well, it’s gonna be bigger than that. “Covid- 19, we’ve had maybe a 30 million barrel a day demand destruction — that’s temporary — but if we look at what electric vehicles will do to the car market, it’s closer to 60 million barrels a day of oil demand that they will eventually destroy, and that’s massively disruptive.”

Computing: Speaker Brad Templeton, a software developer, Internet entrepreneur and online community pioneer made the following observation: “If you’re not a software company in the 21st century pretty soon, you may not be a company.” He explained that means that all companies have to become software companies, he says, meaning they havew to put the value of what they do into their software. “Yes, you can still make what you make,” he says. “You could still mine for or drill for oil, but the value of the thing that makes you different has to be in your software.”

He pointed to NASA’s launch of a probe to Pluto as an example. It took over a decade to get to Pluto and by then things had changed so much that Pluto wasn’t even a planet anymore. That, says Templeton, is a great example of the ground changing underneath your feet, but when the probe got to Pluto it had uploaded new software, new types of image processing and new types of signal processing, things that hadn’t been conceived of when it was launched. So, despite the passage of time and the changing of circumstance, it was able to do a good job because “in the end it was a software platform,” Templeton said.

Government: Paul Saffo, a technology forecaster based in Silicon Valley, said that there is only a 50 % chance that the United States will still exist as a meaningful entity by the middle of this century. “It’s anyone’s guess whether I’m right or not, but what is quite clear is that the forces a foot today are already changing the geopolitical landscape and creating the opening for a new challenger as the dominant political force in this century and that is the city state,” he says.

You can read more of The Innovator’s Key Takeaways here.