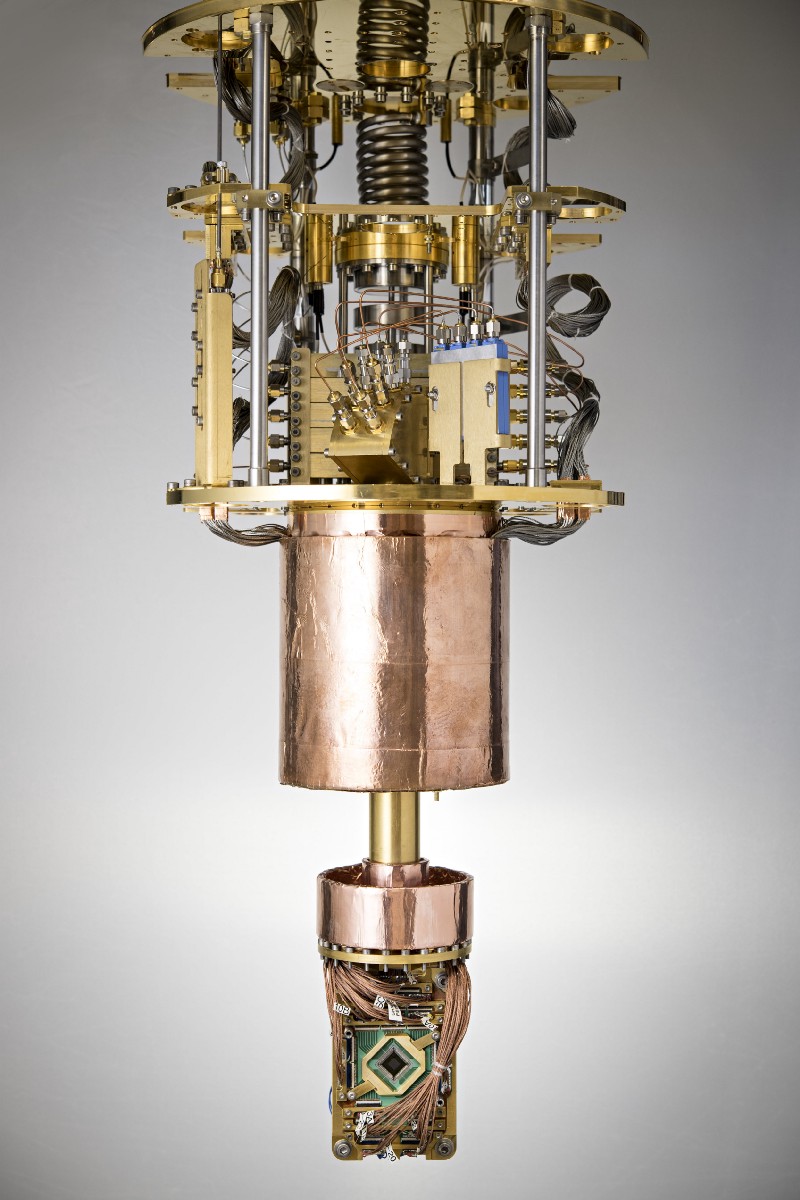 In October Google and NASA announced that they have achieved ‘quantum supremacy’, i.e. the ability of quantum computers to perform certain tasks that a classical computer simply cannot do in a reasonable timeframe. They claimed that their quantum computer solved a problem in 200 seconds that would take the world’s fastest supercomputer 10,000 years.

While critics say the problem that was solved was without any practical merits or implications, the Google experiment demonstrated the huge potential of quantum computing, a form of computing that taps into the unusual behavior of atomic and sub-atomic particles to perform far more complex calculations at a massively increased speed compared to today’s computers.

Some companies, like German auto manufacturer Volkswagen, are already cooperating with Google and D-Wave Systems, a Canadian quantum computing pioneer, to use the technology to try and handle large optimization issues, such as simultaneously charting the best route for vehicles in cities like Beijing and Lisbon, a puzzle that would be too tough for normal computers.

If industry pundits are right the best is yet to come. Productivity gains by end users of quantum computing, in the form of both cost savings and revenue opportunities, are expected to surpass $450 billion annually, within the next couple of decades, according to a May 2019 study by Boston Consulting Group. A precipitous breakthrough in the technology could happen at any time, warns the study, so companies should start experimenting now. « Since quantum computing is a step-change technology with substantial barriers to adoption early movers will seize a large share of the total value, as laggards struggle with integration, talent, and IP,” the report says.

Such projections are provoking anxiety. No company wants to fall behind when a technology shift transforms industry. Yet, there are enough unknowns about quantum computing and enough fundamental scientific riddles to solve that no one can say for certain when it might be ready to make an impact.

So how will quantum computing change business? Which sectors will be impacted first? What should every executive know about the technology and what should they be doing to prepare?

The first impact of quantum computing capabilities is likely to be felt in the businesses that are dependent on simulation of quantum mechanical processes, such as materials, chemicals and scientific research, saysScott Aaronson, a theoretical computer scientist and David J. Bruton Jr. Centennial Professor of Computer Science at the University of Texas at Austin.

That alone will likely have a monumental impact on society. “Think of it as the ability to turn on a new telescope into nature,” he says.

But businesses need to manage their expectations says Chad Rigetti, CEO of Rigetti Computing, a California-based company that designs and fabricates quantum chips, integrates them with a controlling architecture, and develops software for programmers to use to build algorithms. “The potential of quantum computing is significant but there are major challenges to unlocking its value,” he says.

That’s a point of view shared by most in the industry. Quantum computing’s impact on machine learning and optimization in the short term is more speculative, but possible, says Davide Venturelli, who manages Science Operations for Universities Space Research Association activities at the Quantum Artificial Intelligence Laboratory located at NASA’s Ames Research Center. “As of now the world has still to invent an algorithm that would be worth using in current challenges in finance, logistics, data science,” he says. “However, there is a grounded optimism that when we will have access to more and more sophisticated quantum computers empirical research in the next five years will enable scientists to invent non-rigorous methods that will have qualitatively different features with respect to the best known algorithms and possibly a compelling speedup.”

The main bottleneck to quantum computing today is hardware, says Ekatrina Almasque, a partner at venture capital firm OpenOcean, which participated in a $13 million investment into Finnish quantum computing company IQM last July. While pioneers in quantum computing such as IBM and D-Wave Systems provide software companies with cloud access to their data centers for early testing of narrow use cases, the cost of using these machines in a commercial environment remains prohibitive, she says.« What we need is some hardware that works and that costs less so that we have enough qubits to solve real problems like drug discovery. »

Even if hardware is available, a suitable software based on algorithms that offer a speed-up compared to classical algorithms needs to be developed for specific applications. “Neither can impact existing industry without the other,” says Thomas Monz, Co-founder and CEO of Austrian quantum computing company AQT. That said, “quantum computing promises to have an extreme impact on any business that’s limited by classical computing capabilities where we have quantum algorithms and hardware that offer an advantage,” he says. “This means the resolution on a video will not change due to quantum computers, this is already fairly efficient. But when we talk about material design, drug design, portfolio optimization in finance and risk analysis for insurance companies these are areas where there are strong indications that quantum computers will be revolutionize the market.”

How Companies Should Prepare

There won’t be a shift. Quantum computing resources will be seamlessly integrated on the cloud and made available transparently when needed, says Venturelli. If the business is related to chemistry or material science it might make sense to hire specialists, setup partnerships with quantum computing manufacturers and top research groups to steer the entire community towards the correct questions and problems that might have a chance to be addressed by quantum computing in the short term.

If the business is a perspective end-user further out in the future the best way for executives to prepare is to make sure that their technical team leaders are not fooled by the hype and understand the state of art as it progresses, he says. Venturelli recommends focusing more on hardware and theory than on software. “If the core business strongly relies on computational performance then it might be worth it to have an internal task force experimenting with the concepts or funding academia or specialized startups on spot projects in order to gain some timing advantage against competitors in detecting opportunities,” he says. “But is important to recognize that this is still science research and we are likely years away from having production value.”

AQT’s Monz also recommends companies create internal teams that receives training on the potential of quantum computing in their sector, figure out who is developing a full application for challenges in that field and then do a proof of concept trial. “This will essentially give you internal know-how on quantum computing, in combination with a proof-of-concept realization that both explains the underlying differences to classical computing but also shows the real state-of-the-art,” he says. “Follow and extend on this initial proof-of-concept once a year and you can be sure not to miss out.”

WHAT IT DOES: Builds quantum computers and the superconducting quantum processors that power them.

Its quantum computers are available to users through Amazon Braket, an Amazon Web Services solution that allows researchers and developers to begin experimenting with computers from quantum hardware providers in a single place.

WHAT IT DOES: Named a 2018 World Economic Forum Technology Pioneer, it is developing cybersecurity solutions for the era of quantum computing.

WHAT IT DOES: Developing a unique IP that aims to make quantum processors of much better quality by reducing the number of physical qubits needed to build powerful quantum computers.

WHAT IT DOES: Building a general purpose silicon photonic quantum computer. PsiQ believes it can harness photonics to build a commercially viable quantum computer much sooner than competitors using more common approaches.

WHAT IT DOES: Produces ion-trap quantum processors and offers access to its quantum computers via a cloud service. It supports both Cirq and Qiskit, the two most prominent quantum computing programming languages.